Greenpeace is calling out Jacinda Ardern’s lack of action on emissions from agriculture as the Prime Minister speaks at the Leaders Summit on Climate convened by US President Biden.

In a speech during the summit, Ardern encouraged all countries to put a price on carbon in order to tackle the climate crisis. Greenpeace executive director Russel Norman says this is ironic given the fact that after four years in power the Ardern Government has still not put a price on New Zealand’s biggest climate polluter – agriculture.

“You can’t tackle climate change in Aotearoa without taking action on industrial dairying.”

In 2017, Ardern described the climate crisis as her generation’s nuclear-free moment, indicating that Aotearoa could be a climate leader. But Norman says the Government’s actions do not match its words.

Under the Government’s current policy trajectory, agriculture will not be required to pay a price on its emissions until 2024 at the earliest. Instead, the sector has negotiated yet another ‘voluntary agreement’ with Government called He Waka Eke Noa.

“What works is cutting the bad stuff and making polluters pay, while making it easier for farmers to do the right thing. That means legislation to phase out synthetic nitrogen fertiliser and imported feed like PKE, a price on agricultural emissions, and support for farmers to switch to regenerative organic farming methods.

“The cap on synthetic nitrogen fertiliser was a first step in the right direction, now we need to treat climate change as if it really were an emergency.

“Unlike coal and oil mining, farming will be part of the solution. We can turn the farming sector around from being Aotearoa’s biggest polluter into one of our best solutions for tackling climate change and restoring nature.” 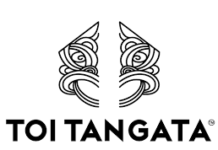 Toi Tangata Welcomes The Establishment Of The Māori Health Authority