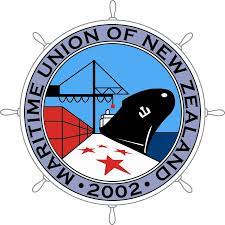 On the 1st of December 2020 the UN general Assembly called for all Seafarers to be designated as Key Workers. International Maritime Organization (IMO) Secretary-General Kitack Lim said “the key worker designation should ensure seafarers and maritime workers receive priority vaccination, to allow them to work and maintain vital global supply chains”. On the 9th of March 2016 New Zealand became signatory to the IMO Maritime Labour Convention 2006 (MLC 2006) this provides a legal framework to governments to ensure that vulnerable seafarers health and wellbeing is taken care of.

Kiwi seafarers work at Ports, on ships transporting essential goods to New Zealand, and exit through the borders to work, work that is essential to the New Zealand economy.

After being queried, the Ministry of Health responded with:

“While we recognize that seafarers play an important role in global trade unless currently subject to the COVID-19 Public Health Response (Required Testing) Order 2020, this employment group has not been identified for prioritized vaccine access”Correspondence received Friday 26th March 2021

90% of trade travels via Ship, as an island nation reliant on exports and imports New Zealand’s economy would be devastated without the essential work of Seafarers who keep our trade routes alive. But our government does not consider them essential key workers.

It was announced today (Sat 19 Apr) that Port Taranaki received the ship Boka Summit. That ship had a crew member that tested positive for Covid-19. The International crew was delivering the Boka Summit to be used as part of the team of vessels who will be demobilizing the FPSO Umuroa in the coming weeks. The intention was to handover to a Kiwi crew today. This close call is another prime example of why New Zealand Seafarers urgently need to be recognized as essential workers by the New Zealand Government and to be treated as such.

The Government continues to ignore the fact that in order for our supply chains to remain intact New Zealand needs Seafarers, and we need those Seafarers to be healthy and protected from Covid-19. Whether they are based in New Zealand or travelling to and from New Zealand to perform essential work, Kiwi Seafarers need to be vaccinated for Covid-19 because they transit in and out of ports and come in to contact with foreign crews all over the world.

We believe strongly that the New Zealand government is risking New Zealand Seafarers health and the health of our economy. There is no advocacy for Kiwi Seafarer’s welfare at the Bee hive, after months of having all lines of enquiry to local representatives ignored or roadblocked we are asking the New Zealand Media for help in getting answers and progress.

Kiwi Seafarers are essential. Help us protect their lives.