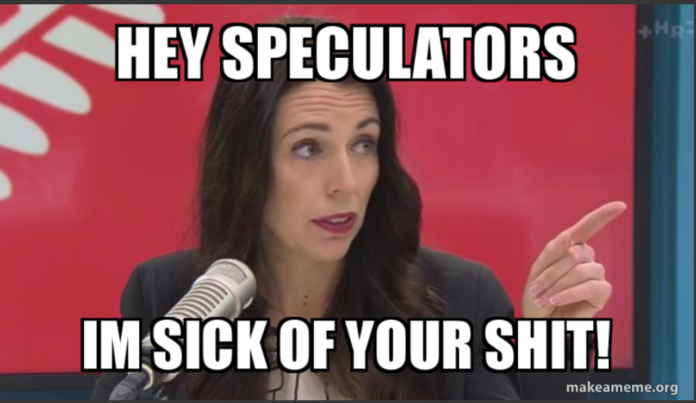 Look, while no one is under any illusions that this housing package will do anything meaningful for first home buyers or renters, it’s great that the Government are finally frightened enough of left wing backlash and sick burns turning up in Jacinda’s social media feed, that they’ve taken a great big bloody stick to dirty filthy slumlord property speculators.

Property speculators are just like Casinos, booze barons and tobacco pimps – they are all necessary evils who require the jackboot of State regulation constantly applied to their throats to keep them in line.

But why stop there?

There are others who deserve our wrath as well!

BIG SUGAR – The Dirty Politics fiasco showed how effective Big Sugar were at derailing any public academic pushing for a sugar tax and they deserve punishment! Bring in an immediate sugar tax and use all taxation raised for dental health and obesity services. Why should they profit from an addictive and deadly product and pay none of the social cost?

BIG PLASTIC – The industry spins PR lies that we as the consumer are to blame for their product and hide that early 5% ever get recycled. There should be an enormous tax on all plastic plus banning some types altogether, the funds of which go to flax weaving local industry and plastic alternatives. I’m not kidding about the flax weaving.

BIG TeCH – Hit Facebook and Google for a media tax that is recycled into local industry journalism.

We need to be kinder to humans and crueller to Corporations.