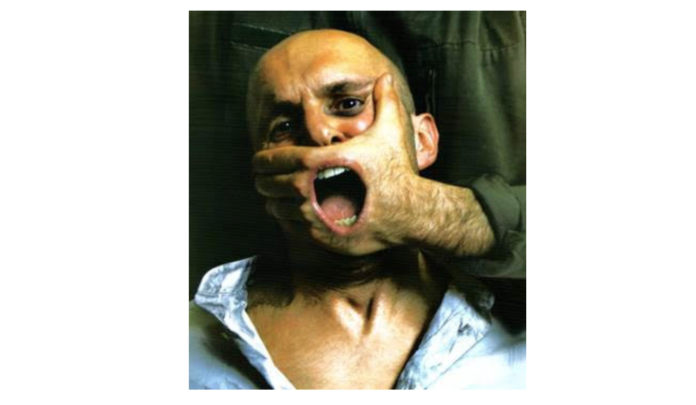 WHAT IS “HARM”? On how this word is defined will turn a number of critical political debates. The meaning of Freedom of Expression and the definition of Terrorism are only the most important of these pending societal conversations. “Harm”, and what it is deemed to encompass, may precipitate profound legal and cultural consequences. Define the term too widely and many of the civil liberties we take for granted as citizens of a democratic state may disappear. Clearly, what we’re talking about here is “some pretty serious shit”.

Let’s begin with the generally accepted definition of “harm”. In plain language, to harm someone is to “damage, injure or hurt” them. In a legal context, harm may be inflicted by damaging, injuring or hurting a person’s body, mind, property and/or reputation. Thus, one’s standing in the community can be harmed by slander and defamation. One can also be harmed indirectly by being forced to witness hurt and injury inflicted upon others. Intention is crucial to the definition of harm. In the absence of clear evidence that the alleged harm was inflicted intentionally, guilt is difficult to establish.

Over the next few months we are likely to see the concept of harm deployed in the name of further limiting Freedom of Expression. Our legal system already prohibits speech that is intended to – and likely to – inflict physical and/or emotional harm on persons on account of their ethnicity.

In the wake of the Christchurch Mosque Shootings, however, pressure has been building for a significant expansion of the legal meaning of harm. In addition to banning speech inciting physical violence and contempt against persons on account of their ethnicity, it is proposed to also ban criticism and/or vilification of the cultural and religious practices and beliefs of individuals, groups and “communities”. In effect the idea that a person’s reputation (and, hence, their well-being) can be harmed by untruthful words, spoken and/or written with malicious intent, is being extended to include entire ethnicities and faith communities.

If successful, this expansion of the definition of harm will make it legally hazardous to criticise too vigorously a religious faith and its adherents. These legal reforms may even extend to banning the expression of ideologies asserting the existence of an ethnic and/or cultural hierarchy in which people of colour are degraded and the “white races” exalted as supreme. Such restrictions would be justified by characterising such speech as a form of defamation: harming not only the collective reputation of the ethnic group under attack, but also inflicting serious emotional damage on the individuals targeted by such speech, and thereby materially damaging their ability to live full and happy lives.

If harm is construed in this way it will become possible for the definition of terrorism to be changed in the manner suggested by both Paul Spoonley and Paul Buchanan on this morning’s edition of RNZ’s Morning Report.

The old definition of terrorism spoke of “actual or threatened violence deployed by individuals or groups in pursuit of a specific political objective, or set of objectives”. But if harm is taken to include emotional as well as physical injury, then violence, too, can be redefined. Taking a leaf out of the family law textbooks, the concept of violence may be stretched to include the “collateral damage” inflicted upon those forced to witness the spectacle of others being hurt.

A terrorist could, thus, be any individual or group which, by seeking political changes based on the suppression of certain ethnic, religious and/or cultural communities, is guilty of inflicting emotional violence on other, supposedly non-targeted, individuals and groups. Merely by giving voice to hateful ideological precepts, it could be argued, these miscreants are applying direct political pressure to the nation’s democratic institutions – and thereby identifying themselves as terrorists.

Both Spoonley and Buchanan seemed keen for the creation of just such a regime. By freezing the assets of citizens designated as terrorists by the Prime Minister, they could be “calmed down” and brought into line. At which point, presumably, their property would be returned to them and, just like the drugged-up dissidents released from Soviet mental asylums in the 1970s, they could re-enter society as model citizens.

To a great many New Zealanders the redefinition of “harm” and “terrorism” in the manner described above will be greeted with dismay and suspicion. Extending the state’s legal powers in the ways suggested would weaken quite significantly the rights guaranteed to New Zealanders by the Bill of Rights Act 1990. Where once there had been general agreement on what could and couldn’t be said in relation to one’s fellow citizens, changes of this nature will open up deep rifts in New Zealand society. Such measures will be widely interpreted as an attempt to police people’s thoughts and beliefs by criminalising opinions with which the authors of the legislation disagree.

Far from calming people down and persuading them to come into line with the official view, laws seen as protecting specific ethnicities and cultures by limiting what other ethnicities and cultures are permitted to publicly endorse will undoubtedly embitter and inflame a dangerously large number of those so constrained. Convinced that they are being unjustly criminalised on account of their beliefs, a hard core of the targeted group will embrace the very hate-filled terrorist tactics such laws are intended to control and punish.

Buchanan would categorise such behaviour as evidence of the Right’s lack of consciousness of the consequences of their ideological convictions and utterances. He would argue that, since the taking of offence is justifiable only among those who have been offended, it is up to them – and them alone – to determine what is, and is not, offensive. That only those harmed can define what is harmful. Or, to put it more plainly, the right-wing assholes on the receiving end of these new definitions of harm and violence will just have to suck it up.

The only viable way out of this conundrum is to inculcate in both the Left and the Right the notion that the harms suffered by those on the receiving end of Free Speech will always be less than the harms unleashed upon the rest of society by any attempt to suppress it. The experience of suffering is part of the human condition. Nothing throughout history has given rise to more damage, injury and hurt than the attempts by idealogues of all persuasions to create a world in which nobody comes to harm.