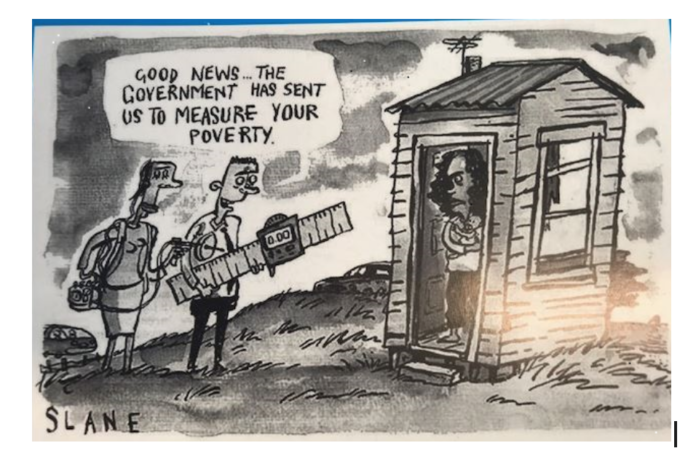 So today is International womens day. Before we celebrate, spare a thought for the  mothers stuck under the lowest of all povery lines.

They are doing appallingly badly and their children are not thriving.  How little we acknowledge the value of the work these mothers do looking after their children with so few resources.

Is anyone surprised by the latest official child poverty stats?

Here is the CPAG graph updated for the latest figures (pre-COVID) . It shows the percentages of children under the three after-housing costs poverty lines found in Government’s official targets. 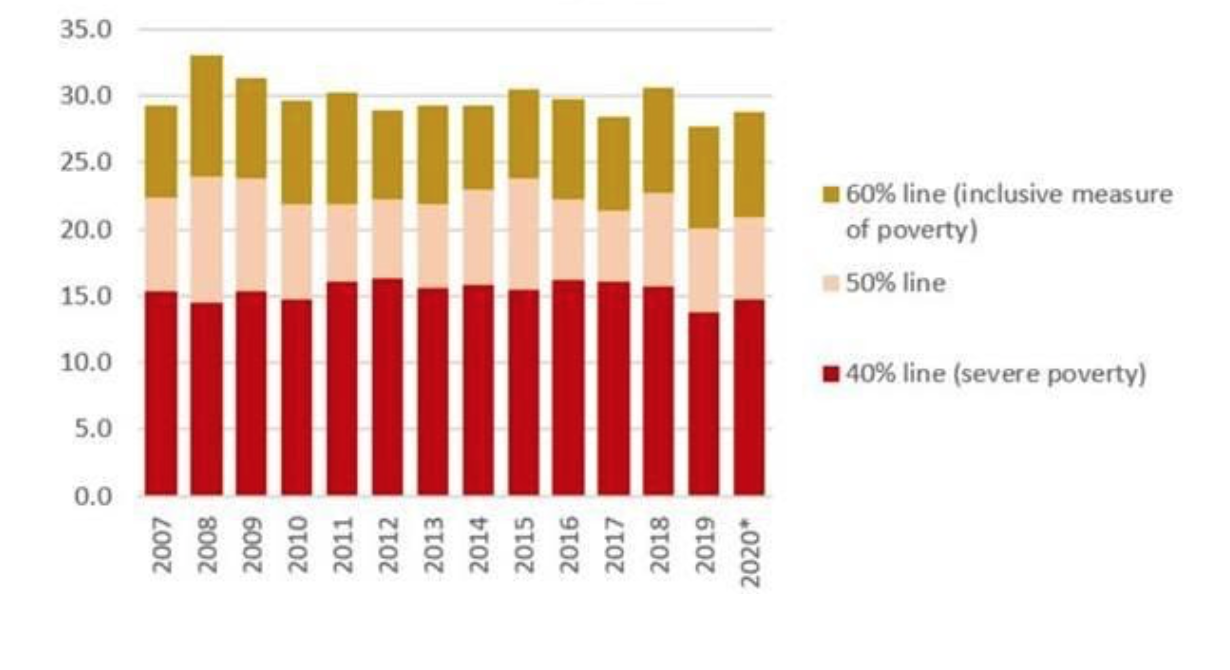 Not much to get excited about here.  Using part of child tax credits that are supposed to alleviate child poverty in order to incentivise work has helped lock 168,000 children in the red zone where they are set to stay under current policies and be joined by many thousands more as benefit numbers swell under COVID.

Of course benefits are too low.  But practically all we hear is that  core bnefits should be raised.

Let’s not forget the original slashing of adult benefits by Ruth Richardson in 1991 to incentivise full-time paid work was followed in 1996 by Bill Birch’s cuts to children’s tax credits. This served as a double whammy when parents were on those unliveable benefits.

The 1996 Child Tax Credit of $15 per week per child was given only to those ‘independent of the state’. It was a lot of money back then.

The Child Tax Credit was expanded in 2006 as part of Working for Families (WFF) to become the even more discriminatory In Work Tax Credit—a child payment to alleviate poverty worth today at least $72.50 a week, more for larger families, but only for the children of the ‘deserving’.   Parents had to be both off benefits and in paid work of 20 hours for a sole parent or 30 hours for a couple. The intention was give those ‘undeserving’ parents (largely sole mothers) an incentive to get full time paid work regardless of whether disabled, sick as well as caring for their young children.

Meaningful reform to WFF is well over-due. There is much unconscious bias and implicit racism in the current WFF. The complex system has not delivered the gains promised by work incentives or reductions in child poverty. The discrimination against children in New Zealand’s major income support programme for children is inconsistent with inclusive child poverty goal achievements and makes their poverty and the poverty of their mothers worse.

All  politicians and bureaucrats in MSD need to  please repeat 20 times over or until they get it:  benefits are for adults, Working for Families tax credits paid to the caregiver are for children. Both benefits and children’s tax credits (WFF) need to be radically improved. WFF must be made fully  inclusive  and indexed to wages. Will we be still saying the same thing next International Womens’s day?