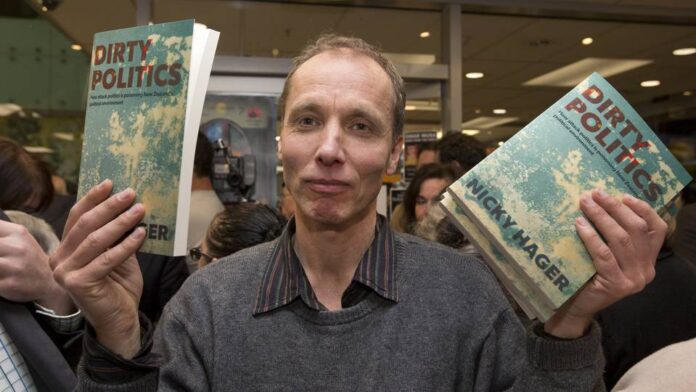 With the final Court case against Dirty Politics now over, we can look back over the last 7 years since Dirty Politics was published to give the full and comprehensive list of winners and losers.

The naked truth is that there were so many outrageous abuses of power outed in this book that it’s difficult to highlight the worst ones because they were all so fucking uniquely grotesque!

It’s like lepers judging a beauty contest, where do you start?

Big Sugar – without a doubt, Big Sugar are the biggest winners of Dirty Politics. Being able to publicly torment and molest any public health researcher who dared suggest a sugar tax was of enormous help to lobbyists Carrick Graham and Katherine Rich and the fact that we are further away from imposing a sugar tax than ever before shows how incredibly good Dirty Politics was for them as an industry. Both have paid enormous amounts in damages to the public academics who were smeared yet still Rich and Graham haven’t been dragged before any official board to demand to know what the fuck they were doing. Big Sugar are laughing all the way to the bank as your children die from their product.

Matthew Blomfield – Imagine your computer gets stolen by business associates who want to humiliate you and hand it over to Cameron Slater who then delights in publishing embarrassing emails to destroy your reputation. Imagine starting defamation action against Slater only to then have a gang member mysteriously arrive at your house, shoot at your house, beat you and drag you to the street in front of your family and put a gun in your mouth. Imagine then finally beating this prick Slater in a defamation case, bankrupting him and then taking over his toxic Whaleoil blog and shutting it down. Matthew Blomfield’s extraordinary courage in being the first one up against Whaleoil was never given the praise and celebration he deserved.

Matthew Hooton – Despite giving Cathy ‘chop chop’ Odgers Nicky Hager’s personal address so that her organised crime clients could assassinate him, Hooton became a regular on Radio NZ and still writes for the NZ Herald. It’s incredible that RNZ and the NZ Herald are not attacked daily for that decision. Hoots went on to sink the National Party by supporting the Muller Coup so it’s nice to see karma finally catch up to him, but out of all the players on the Right, from Lusk to Farrar to Odgers, Hooton is the one who has been the biggest winner.

Mainstream Corporate Media – When Selwyn Manning and I set The Daily Blog up, it was to counter the influence of the Whaleoil blog on the mainstream media because ultimately it was them that empowered Slater. None of them have been held to account for the role they played in giving him so much power to destroy NZ Democracy. Shane Currie at the NZ Herald conveniently doesn’t remember anything, Paddy Gower is NewsHubs golden child and beyond criticism and Stuff have transformed into a Woke Fourth Wave Feminist Glee Club so no one can now be held to account there. Remember how Key’s mate killed off Campbell Live and Rachel Glucina was allowed to pimp National Party spin lines? Not one of the mainstream media corporates have ever been held accountable for the media environment that allowed Slater’s malice to spread so easily.

Jason Ede – The official contact between John Key’s Office and Slater was Jason Ede. To this date NO ONE in the NZ mainstream media has been able to interview him and hold him to account.  My guess is that because the mainstream media were so complicit in the Dirty Politics crimes, no journalist who wants to keep their job looks too hard to find him.

John Key – The smiling assassin managed to throw Judith Collins under the bus over the SFO allegations just at the exact right time David Farrar told him to so that the voters were sated and could go back to enjoying their house valuations increasing under Key’s regime. He has never been held to account for the malevolence he unleashed through Slater and we have never seen an abuse of political power quite like the one Key presided over.

Key’s infamous anti-intellectualism resonated with muddle Nu Zilind and they were more than happy to share a beer with him while they burned books around the BBQ. Muddle Nu Zilind wrote Dirty Politics off as the work of communist Nicky Hager and was just the moaning of the lefty whingers who didn’t know how to play politics hard like good cheating rugby players do.

I can’t remember any of the right wing trolls screaming about abuses of power when Key was in Government the way they do over Jacinda keeping us safe from Covid, and that’s why every single NZ right wing troll is a fucking hypocrite.

Labour Party – They never admitted it publicly, but when Slater and Ede hacked their server, Labour were hit hard from such an enormous loss of data and inside information. National used it to run rings around them in the 2014 election.

NZ Police and SIS – They managed to illegally search Hager’s house, illegally search my bank records and the Secret Intelligence Service got away with spying directly on Hager. Incredibly the SIS didn’t manage to catch a white supremacist terrorist planning an atrocity on NZ soil for 2 years but did have time to illegally spy on Hager because obviously a journalist who outs a Political Party’s political corruption is a threat to NZ security. Sure, they were prosecuted afterwards and made to pay us some compensation, but they knew exactly what they were doing and managed to get away with it.

Graeme Edgeler – New Zealand is pretty lucky to have Graeme Edgeler. I couldn’t have even gotten my case as far as I did without him. I’ve known him a couple of years, and he’s such decent and kind bloke with a terrifyingly brilliant legal mind. He’s one of the few whose call on a legal issue can silence Twitter which is a Herculean feat. He has a passion for civil rights and legal rights and he reached out when this case hit the media. His performance in front of the court is still my favourite moment ever.

Prisoner who committed suicide – In one charming Dirty Politics revelation, Slater tries to impress a woman he is wooing by claiming to have her estranged and imprisoned ex partner moved to a prison that is much further away from her family. The prisoner was moved and then went on to commit suicide. Isn’t that charming? This never gets investigated.

Matthew Blomfield’s family – Imagine having your dad/partner dragged onto the lawn and a gun put in his mouth as you fear he is about to be executed. On top of the humiliation of his private emails being published by Slater and the economic ramifications of that, Matthew Blomfield had to suffer his family watching him almost assassinated in front of their house at night.  The man arrested never told Police why he just magically decided to threaten Matthew Blomfield. I understand this intimidation service can be bought for around $5000.

Me – I blogged in 2015 that Police could use these powers to damage activists out of spite, I had no idea at the time that I’d inadvertently predicted it by being the example. It took 5 years for me to get the Police into Court and hold them to account for destroying my credit rating and breaching my civil liberties by gaining access to my bank records and red flagging my accounts to every bank in NZ by claiming I was Rawshark and was accused of computer fraud! Once in Court, the cops tried to hold the case in secret to present secret evidence that I could not challenge or defend. The Human Rights Tribunal ruled against the cops obtaining that kind of power and heard the case which the Police immediately dropped and settled out of Court over.

Nicky Hager – He had his life turned upside down, he had Police and the SIS commit numerous breaches of his civil rights and he was mocked and defamed by the mainstream media and the Right wing trolls. All he did was his job, he outed political corruption and the State punished him for doing that. Hager did more journalism in that one book than the entire Press Gallery has managed in 7 years. Nicky is one of the bravest, best, kindest and smartest human beings I have the pleasure of knowing, what the Police, mainstream media, National Party and SIS did to him was reprehensible.

Phil Goff – Months before the 2011 election, Goff narrowly lost to Key and many on the right pointed to the smear job that the PMs Office and SIS concocted when colluding together to pretend he was briefed on Israeli spies attempting to access the Christchurch crime computer in the wake of the earthquake there. In any other country, the PMs Office and the head of the Intelligence agency colluding to smear the Leader of the Opposition would be considered a coup, in NZ most people don’t even know this happened.

New Zealand Democracy & NZ Journalism – Ultimately NZ Democracy and Journalism were the biggest losers in this Dirty Politics saga. The vast majority of New Zealanders have not read the book and still don’t know many of the details in it. Many will read through this list and not even be aware those things happened. Let’s not forget, NZ re-elected Key despite the Dirty Politics revelations because Key kept pushing their house valuations up. We are a juvenile culture with all the maturity of a can of day old coke.

Cameron Slater – Ultimately all his spite, malice and hate gave him a couple of strokes and bankrupted him. He is so radioactive now no one speaks to him on the right and he sulks on an incel blog no one bothers to read. He has become a dead version of Don Brash. He is a cautionary tale who has become as politically irrelevant as he is toxic, a poison no longer used by assassins, a monster to frighten Children if they don’t brush their teeth and pray to Jacinda before bed. He creates less fear and more pity now, which would enrage him more than our loathing or disgust which seems the perfect hell for him.

The reason why the vast, vast, vast majority of NZ are not incandescent with rage over all the above is because Dirty Politics as a book barely sold 20 000 copies. Now, that’s huge for a NZ book, but in terms of popular opinion, it’s nothing. I have always believed that if a documentary was made of Dirty Politics and it went out to a far larger audience, Kiwis would realise what the hell happened and demand justice.

I think a documentary has to be made for 2024 to mark the 10 years since its publication so New Zealanders can appreciate and understand the obscene abuses of political power that occurred and ensure the architects of Dirty Politics are never allowed influence again.

Dirty Politics was our Trump before Trump was a thing. The toxic malice and spite injected into the NZ political body must never be allowed to ever happen again.