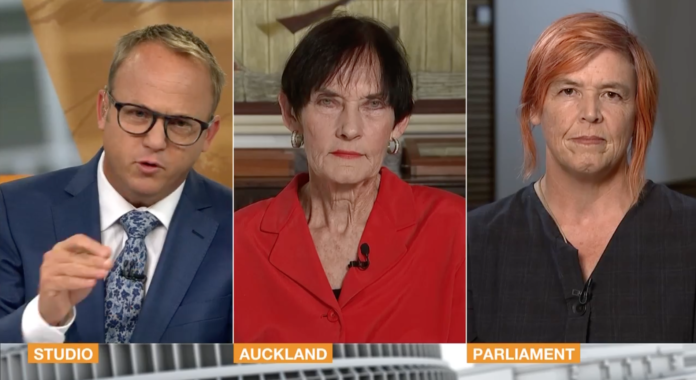 The Green Machine rolls on. Jan Logie takes her case to gerrymander the law to gain more convictions in Sexual Assault to the Nation, and they did a far better job of this debate than Q+A did. Dyhrberg’s ability to counter Jan directly showed how unworkable the concepts were and that made it a far better debate.

Jan’s position is that victims find a terrible time of the trial and the ideas put forward to pre-record evidence was a good step. Dyhrberg countered that with technical issues that would in fact slow the process down.

The real issue is the sexual history element that removes the only defence to rape. It removes the background and context to a defendants belief they had consent in the hope that this will ensure more convictions.

That’s right, this entire experiment is to ensure a lift in conviction rates for sexual assault, regardless of the guilt or innocence of the accused.

By hiding the past history of the defendant and claimant, the Jury will perceive them as strangers which leads to the Spinoff version of guilt.

Jan had toned down her Q+A performance with slow calm language which didn’t focus on her demand for more convictions to try and slide this under the radar before the rest of the public realise what the Greens are doing here.

The changes put forward amount to an enormous realignment of legal rights and powers with the express purpose of gaining more convictions.

Oranga Tamariki started off with the exact same intentions.