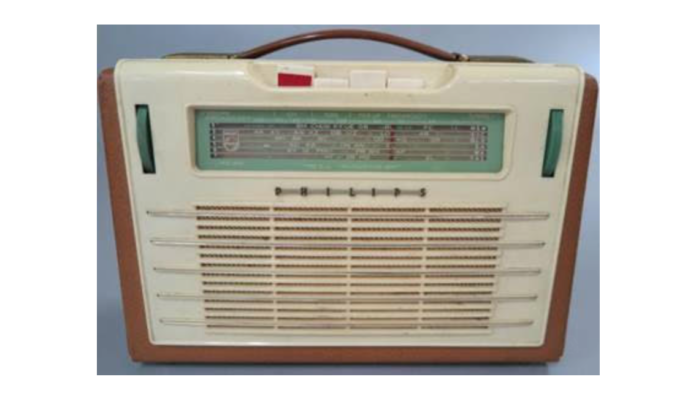 IT WAS THERE in the darkness, more reassuring than a loaded gun, my old Philips portable radio. Three o’clock in the morning on Spaxington Landing, 500 miles from home, with no one beside me. Lonely? Not at all. Through that old radio came the reassuring voices of National Radio and the timeless music of the Concert Programme. The public broadcaster as friend and comforter: informative, uplifting, entertaining and – just often enough – challenging.

If asked to choose between a good book and a good radio station, I’d be stumped. A book can transport you magically through time and space – but it can’t play your favourite song. Nor can it bring you the news.

I have grown up, and grown old, within earshot of New Zealand’s public broadcaster. Through times of peace and plenty, through days of tumult and recrimination, it has been a constant and reliable presence. The calm and authoritative voices of Radio New Zealand kept their fellow citizens up to speed: the nearest approximation of the truth they could hope to hear. Trustworthy. Indispensable.

About the best you can say for the RNZ network today is that it’s better than all the others. When you consider the quality of all the others, however, that’s not saying very much. Moreover, when the clear objective of the public broadcaster’s management is to make its “product” as much like all the others as possible, then the days of RNZ’s journalistic and cultural superiority would appear to be numbered.

What we’re witnessing is a work of destruction in progress. Like the proverbial oil tanker, however, a public broadcaster of RNZ’s quality takes a great deal of energy and a surprising amount of time to turn around. There are traditions that have to be denigrated and dispensed with; experienced professionals who have to be eased out; a multitude of distinctive voices that has to be reduced to a single, overpowering chorus. Turns out you can’t wreck a world-renowned radio network overnight – it takes a while.

Those responsible for the steady deterioration of RNZ will, naturally, object that they have no such intentions. They will point to the network’s ageing audience; to its narrow social base; and to the younger generation’s general unwillingness to tune their dials to anything as stodgy and old-fashioned as “boomer radio”. They will demand to know what’s likely to happen two or three decades hence, when RNZ’s current audience of over-55s begins to die out in large numbers. A public broadcaster incapable of attracting and holding Generations X, Y and Z, is, surely, a public broadcaster without a future.

All of which is true. The argument is not about the need to attract the loyalty of a new generation of listeners, but how that might best be done. Should RNZ build its footpaths where the younger generations already walk? Or, should it construct a road that leads them somewhere new – somewhere they’ve never been before?

RNZ’s management answered that question quite definitively with its proposal to effectively kill off RNZ Concert and replace it with a youth radio network modelled on the black radio stations of New York. Think BfM meets OMC – but without the culturally eccentric ethnic charm. No, Helen Clark may have rescued RNZ Concert, but RNZ’s bosses’ direction of travel remains the same: down, down, down towards the fashionably dumb; not up, up, up towards the intelligently creative. The network’s barkers are already rehearsing their lines: “Come on in and join us, kids! You’ll encounter nothing here that you haven’t heard before. Relax! Enjoy!”

How to explain such wilful cultural vandalism? What drives RNZ’s Generation X bosses to tear down the public broadcaster’s proud tower with such venomous spite?

The answer, I believe, lies in the fact that they are the tragic heirs of Rogernomics. The kids who were educated at school and university to despise the New Zealand that pre-dated the neoliberal revolution of 1984-1993 – most especially its faith in the superiority of public service over private enterprise. What more compelling symbol of that faith could there be than the public radio network? What target more deserving of the rage and resentment of those who never received the public goods Baby Boomers took for granted than New Zealand’s post-war social-democratic flagship – RNZ?

It was through the speaker of my trusty Philips portable radio, way back in 1975, that I heard the first “Morning Report”, the programme which instantly set the news agenda for the rest of the day – for the whole country. Broadcasters like Joe Coté and Geoff Robinson, effortless conveyers of warmth and authority, were a joy to listen to. They, and those who came after them, set the journalistic bar very high. Forty-five years on from that first broadcast, the present hosts of “Morning Report” struggle, and regularly fail, to clear it.

More generally, RNZ’s “product” reflects the network’s reckless abandonment of the middle way. The sensible notion that, as a public broadcaster, RNZ should do its best to reflect the public, has been set aside, and in its place a regime of extreme cultural didacticism has arisen. National Radio is no longer a station where the broadest possible range of New Zealanders’ ideas and opinions is broadcast for their fellow citizens to hear and judge. The views of those who remain unconvinced by the new orthodoxies of identity politics have been rigorously filtered out, and those espousing them “de-platformed” with extreme prejudice.

A friend of mine has coined a phrase for this ideological cleansing of the public airways: he calls it “the Mulliganisation of Radio New Zealand”. The reference is to the afternoon offerings of that quintessential Gen-Xer, Jessie Mulligan: a broadcaster who proves, five days out of every seven, that a little knowledge, and a lot of ideology, are very dangerous things indeed!

Fittingly, Mulligan’s afternoon stint is followed by Wallace Chapman’s “The Panel”. This show (with which it is only fair I acknowledge a long association) was formerly hosted by Mulligan’s highly professional predecessor, Jim Mora. Justly renowned for the “robust” debates between its left-wing and right-wing guests, “The Panel” gave RNZ’s listeners a ringside seat to the political, economic and cultural arguments in which the whole nation was collectively embroiled. No more. Chapman, like Mulligan, specialises in turning down the heat and dimming the lights. Breathlessly inoffensive, punctiliously politically correct, “The Panel” has made the penitential journey from seditious to soporific – and kept on going.

The great tragedy of RNZ is that it has squandered the opportunity to interrogate intelligently the hopes and aspirations, the triumphs and challenges, of the generation that followed my own. Not every New Zealander born between 1966 and 1986 subscribes to the extreme “wokeism” that is currently masquerading as the default ideology of RNZ’s listeners. Most of them would, however, be glad to hear its contentious propositions debated. Such as the wisdom, or not, of passing laws against “hate speech”. Or, of introducing a radically Maori nationalist version of New Zealand history into the nation’s classrooms.

Some listeners would even welcome, in addition to RNZ’s programmes about rural New Zealand, and its regular updates on the antics of the markets, a strong and constant commitment to covering the issues arising out of everyday working-class life in this country. An RNZ that acknowledged New Zealand (not “Aotearoa”) as a house of many rooms, many windows, and many mirrors. A multicultural society with a great many more than one ideological story to tell.

An RNZ which refuses to acknowledge the full diversity of belief and aspiration in New Zealand runs a terrible risk. When the mood of the nation inevitably shifts, the worst possible position in which the public broadcaster could find itself is so far out on an ideological limb that its enemies feel completely safe in sawing off the branch altogether. An RNZ so bereft of friends and allies that no effective defence is any longer possible.