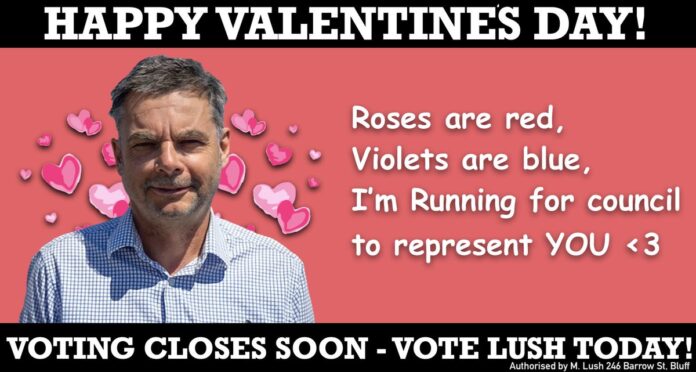 And it’s a win for the Lushy!

Marcus Lush has been successful in his bid to become an Invercargill City Councillor.

The Newstalk ZB broadcaster learned of his success during a phone call with the Otago Daily Times at about 1.30pm.

Votes for the by-election closed at midday today, and while the results did not include special votes, Mr Lush beat other candidates by securing 7003 of the 13, 991 votes counted.

As far as I am concerned, Lush is one of the most under rated cultural treasures this country has. I’ve ben a fan from the bFM days and find his humble wild genius makes him one of the best broadcasters and thinkers in NZ.

Invercargill Council sounds like a nightmare, his addition can only make it better.