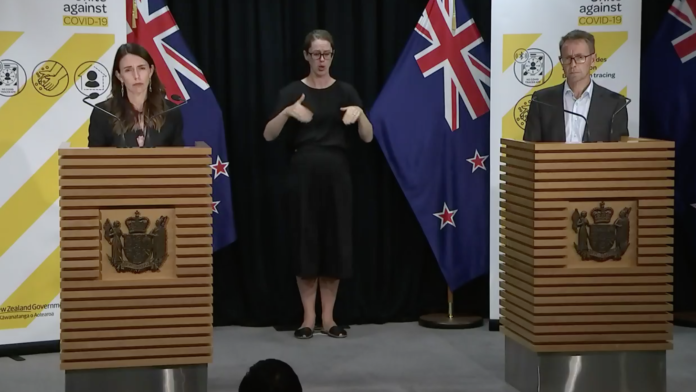 The decision to move to an immediate Level 3 lockdown over Auckland and Level 2 over the rest of the country for 3 days with the 3 Covid cases found in the Community was the right move.

We didn’t know the strain, but the limited contact the positive cases had suggested something far more contagious and that could be the UK or SA strains, so caution was wise, especially as it has turned out to be the UK strain.

However, nerves are frayed, people have barely recovered from 2020 and are emotionally stressed out, frustrations at the Auckland border this time were apparently far more vocal and angry.

The Political Opposition has channeled that frustration and have been far more critical of the Government this time so there are numerous political threats to Labour over the decision to go into Level 3.

Vaccine roll out: Criticism that we hadn’t received the vaccine for frontline staff earlier has evaporated with the first 30 000 doses touching down in Auckland 9.30am yesterday but the far greater challenge of rolling out the vaccination to everyone with the infrastructure for annual shots required alongside any new vaccine for new strains comes with a billion problems of its own. Getting that right matters.

Business: Hospitality has barely gotten up off the floor and they take a blow like this. Expect the Business Community to be very vocal over the instability these events cause and louder still for compensation. If Grant can feed the later he won’t have to listen so much to the former.

Double Standards: The sense that the Government allowed the Big Gay Out to occur because that’s their electorate could become a source of contention that can be fanned into something ugly.

National & ACT criticism of MIQ: National and ACT have lashed criticism on the latest Community cases and sheeted the blame directly back at the Government holding up report after report that have been damning of MIQ safety practices.

Qanon lunatics: NZ Qanon lunatics comparing Jacinda to Hitler protesting outside her electorate office in the middle of a Level 3 Covid lockdown is a reminder that sometimes evolution doesn’t work. These lunatics are out online spreading disinformation and playing up all the usual claims of Jacinda’s Socialist Secret Police marching us all into forced vaccinations camps. It would be funny if these clowns didn’t believe it with all the fervour of religious zealots. The SIS should be looking into these people urgently.

A larger crisis: Ultimately the biggest political danger to Labour is if this is the beginning of a far larger cluster that will see the country locked down for longer, especially if incompetence is proven as the reason. Kiwis are a fickle herd at the best of times and can turn like sheep in a paddock if they feel their self sacrifice has been mistreated by incompetence, the gratitude vote of 2020 will quickly swing the other way if a Level 4 lockdown is imposed because of a fuck up at MIQ that the Government had already been warned about.

So what will save the Government from these political threats?

The actual strain isn’t on our books so the virus has managed to get here via some method we can’t spot yet, which gives the Government breathing space in terms of MIQ blame, but the trust Jacinda has built with middle NZ runs incredibly deep and as frustrating as these shut downs get, we are all interconnected online and can see the devastating impact Covid is happening elsewhere.

We are living in the shadow of a global mountain of Covid dead and that reality melts most criticism.

As long as Jacinda is the best chance of keeping that horror from our shores, New Zealanders will forgive many mistakes along the way.