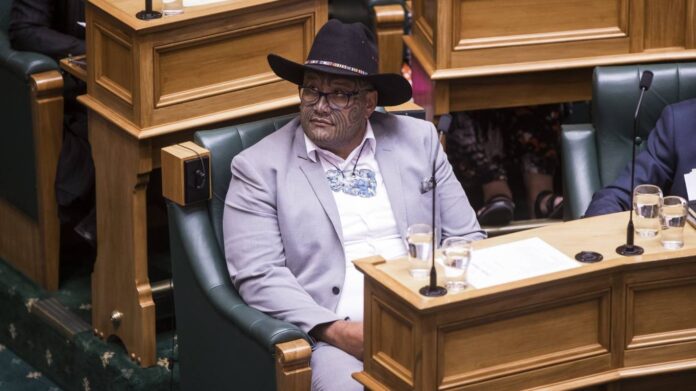 The origins of the necktie are in Europe, where a string of encounters between cultures, some ending in the mandatory bloody massacre of one group or another, transferred the cravat into the heart of French culture and fashion.  As everyone knows French fashion is superior, this soon translated into the adoption of the cravat, including numerous silly ways to tie it.

Finally the necktie emerged from the mess of decorative modes of male dress (for it is clearly an item of decoration, not a means of keeping one’s head attached to the body), to become dominant is what is now known as business attire.

I was just four years old when I became forced to wear a tie as part of my school uniform, at the little private school called Hersham House on the corner of my street.  I owe a lot to that school for giving me what we euphemistically call ‘a good start in life’, and I suppose also for the ability to put up a neat tie.

For as long as I can remember, ties have been a symbol of social class. That is why they were compulsory, even for four year old girls, at my first school. Children are forever the walking billboards for their schools, and the site of tiny wee children with large ties adorning their frontage sent a clear message that Hersham House was a quality school, for the upper middle classes, please.

Ties send a remarkably large number of messages.  Mr Trump’s ties were extremely long, so as to avoid that embarrassing gap between the end of the tie and the top of the trousers, known as the loser gap (yes I made that up). To ensure he would never be caught out in such a fashion faux pas, Trump’s ties were metres long and could have been used to hoist the US flag on the top of the Congress.

The point I wish to make is that the tie is a symbol of a particular kind of class system and a dress code that emerged in places very far away from here and in very different times.

It is not difficult to say that Māori beat the European settlers hands down in terms of sartorial elegance and decorative aplomb. The tie is both a symbol of pakeha western supremacy and also of the evident limitations of white male fashion power.  The ensemble of shirt, tie and suit has remained virtually unchanged for 100 years while women’s fashion has been revolutionised. So stale.

So Rawiri Waititi has been ejected from Parliament for failing to wear a failed symbol of human decoration and class-based male (and very occasionally, at English posh schools, female) attire.  Moreover, it appears the majority of members of Parliament voted to retain the hang-noose symbol of a time that is past and gone.  And then enforced it upon Māori.  All this, during a period when issues of decolonisation have come to the fore.

Imagine if it had been different.  Imagine if the Speaker had ruled that males may include a discreet decoration on the front of their shirts, which may represent a cultural or other symbolic form or might be simply for decoration. This kind of leadership would free the masses of middle class males, the inmates of many NZ boarding schools and others of the hated tie, and allow men to use their imagination or heritage to fashion a taonga for themselves.

But in this and so many other things, parliamentarians have failed to take an independent stance and have reverted to the default of past practice. But the standards that they seek to uphold are both largely imaginary and highly conformist.

Hey, folks, it is time to imagine new futures! Like in so many other areas, this has required Mr Waititi to put his own values on the line for what he believes in and to be punished for his views. I really did think we were beyond all that.  It is so embarrassing and distressing.  An urgent rethink is necessary.  Is the next culture war to be fought on that outdated symbol of male fashion decoration, the tie?  Let’s hope not.

And I laughed and laughed when Debbie Ngarewa-Packer, the other Māori Party MP, turned up to Parliament in a tie. Māori have always been really good, through gestures of defiance, at unpicking the stuffy protocols of pakeha society.  Oh how you have brought them down to size, with your neat little gesture! So clever.