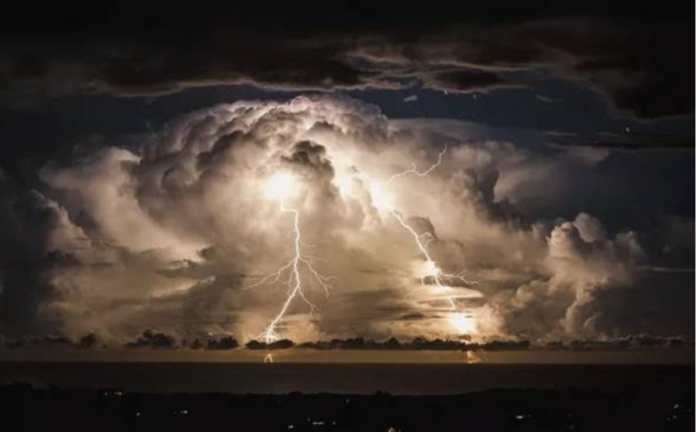 THERE ARE SIGNS and there are portents – if you know how to read them. Fifteen years ago it was easy to predict how New Zealanders would react to Don Brash’s infamous Orewa speech. Public antipathy to the Treaty of Waitangi registered strongly in opinion surveys. Hatred for all things Maori was widespread across “Middle New Zealand”. Not overtly (except among trusted family and friends) but disguised beneath its equally bitter hatred for what amounted to the same thing – welfare beneficiaries and gangs. Political parties, wary (until Brash!) of playing the race card too obviously, had worked out that they could derive just about as much electoral benefit by beating-up on Maoridom’s body-doubles. Everybody knew exactly who the politicians were talking about, and just about everybody played along.

Ronald Reagan had kicked it off twenty-five years earlier with his inflammatory speeches about “Welfare Queens”. Conservative Americans had no trouble decoding the Gipper’s language: “Welfare Queens” were shorthand for African-Americans taking criminal advantage of White Americans’ generosity. New Zealand conservatives were fast learners of this game. The political emphasis (from both major parties) on beneficiary fraud: on “welfare cheats” criminally gaming the welfare system; was intended to (and did) persuade Middle New Zealand that they were being taken for a ride by “these people”. They were, of course, willing to concede that there were cases of genuine hardship: decent New Zealanders (a.k.a Pakeha) who really did need the community’s help; but not many.

Some of the most powerful signs and portents came in the form of resident-initiated referenda on the creation of Maori wards for district and regional councils. Local politicians foolhardy enough to recognise the case for special Maori representation very soon found their efforts rolled back by huge majorities. The vehemence with which proposals for Maori wards were rejected by Pakeha voters was matched only by the vehemence of their rejection of the Treaty when polled. The near unanimity of these rejections pointed strongly to the depth of racial animus in Middle New Zealand. They had learned how to mask their racism by unloading it onto racially identified proxies, but given the chance to express it safely and anonymously through the ballot box the results were unequivocal.

The silver lining which redeemed all these grim storm clouds was the strong geographical element to Middle New Zealand’s racist impulses. The animosity towards Maori was concentrated in rural and provincial New Zealand. The nearer you got to the centre of New Zealand’s largest cities, the more attenuated the racism of Pakeha New Zealanders became. Notwithstanding the growing strength of this urban liberalism, it was in the “brown” suburbs of the big cities – most especially South Auckland – that Don Brash’s 2005 bid to assuage Middle New Zealand’s hunger for racial rectification was ultimately halted. Even so, as the Duke of Wellington said of the Battle of Waterloo: “It was a damn near-run thing!”

The key question thrown up by the extraordinary results of the 2020 general election, therefore, is: “Is Middle New Zealand less racist than it used to be?” Did Jacinda Ardern’s inspired rhetoric about the “Team of Five Million”, and the colour-blind nature of the pandemic, put a temporary stop on the deeply embedded racism of Middle New Zealanders – even in Ilam and Rangitata? Or, has natural demographic attrition thinned out the ranks of the provinces’ aggressive racists to the point where the attitudinal shifts of the past forty years have acquired a permanent and decisive electoral heft?

Sadly, the signs and portents from the Sixth Labour Government are all pointing in the opposite direction. A decisive shift in public attitudes away from the racism that has characterised so much of New Zealand history would, presumably, be measurable in the quantum of prejudice still directed towards beneficiaries. If Maori and Pacifica in the grip of poverty and homelessness were becoming recognisable to Pakeha New Zealanders as fellow citizens in need, then surely Jacinda and her Finance Minister would have felt safe in authorising a Christmas bonus for all those voters on benefits. That they have point-blank refused to contemplate such a gesture suggests that Pakeha are still a long way from making this solidaristic identification.

According to Richard Harman of the Politik website, the Labour Party currently enjoys an embarrassment of riches on the polling and focus-group front. Jacinda and her colleagues know more about what New Zealanders are thinking than any party in the last twenty years. That they are unwilling to risk the ire of the hundreds of thousands of voters they have lured away from National, by handing out extra cash to beneficiaries, strongly suggests that the warm glow of unity which Covid kindled has cooled considerably.

That the prejudices of Middle New Zealand appear to be in rude good health this Christmas season is further attested to by the Labour Government’s ever-so-careful stepping away from its earlier commitment to criminalising hate speech. They may also be receiving worrying feed-back from those tasked with devising the new (and compulsory) New Zealand History curriculum. Certainly, a long period of public consultation has been promised before the new programme is rolled out in 2022. More than enough time, perhaps, for a whole pack of sleeping racist dogs to wake up and start barking?

That’s the thing about signs and portents: there’s little point in paying attention to some while studiously ignoring others. Those who insist that the pernicious influence of New Zealand’s colonial history continues to permeate the present state of Maori-Pakeha relations, would surely be unwise to proceed as if the influence of colonisation carries no contemporary political weight. If there are no signs of Pakeha racism diminishing significantly, then the portents for this government doing very much to advance a serious policy of decolonisation would appear to be decidedly unfavourable.