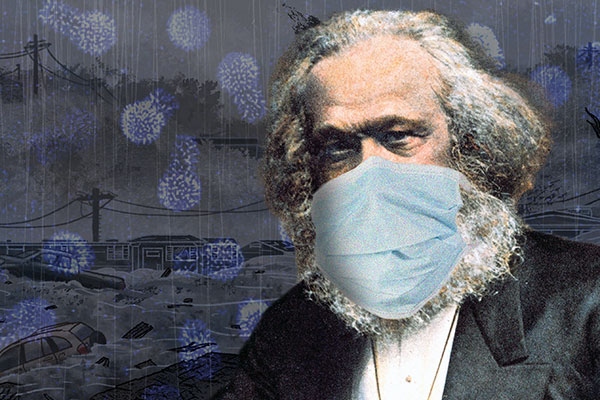 Earlier this week, we had ourselves some chilling news. A new case of Covid-19 community transmission – without a clear link to a quarantine or isolation facility. Worse, it turned out that the worker in question had gone to work whilst infectious.

Now, the natural impulse for much of humanity in such circumstances is to cast about to find somebody to blame. This is psychologically helpful (for us, at least) – as it means we feel like we’re actively doing something. “We’re Helping”, indeed. Even if the tangible form that “help” may take looks occasionally like some form of online not-quite-lynch-mob.

However, while there was some chagrin about the worker and their situation – that was as nothing compared to what’s been unfolding in the direction of her employer. And perhaps understandably, again, so.

After all, initial reports had said employer stating they were aware the worker was pending a Covid-19 test, the inference being they’d told them to come in anyway; with the most recent line that, and I quote: “Chen said Chinese people were very cautious and said she never expected a small cold would turn into Covid-19“, not sounding too terribly much better.

Yet while “blame” is psychologically cathartic – it’s another word that is actually rather more useful (and even occasionally coterminous): “Explain”.

The thing we need to do now is to work out what went wrong, where, and how we prevent there from being yet another repeat in a week or a month or in the next crisis at some indeterminate point in the future.

This isn’t about the situation wherein the virus presumably breached quarantine or isolation to reach the worker. Other people are handling that. Top men.

But rather – it’s about the bit wherein a person, already infected, massively increases the ongoing community transmission risk … by going to work, and interacting with other people, whilst awaiting a Covid-19 rest and result.

Is that on them? I don’t know how much agency they had in the situation. It is easy from an armchair to insist that somebody who feels even a bit sick (sick enough to go in for a Covid-19 test, definitely) to ‘stay home, save lives’. It’s a no-brainer in fact. Except in that actual situation itself … things can suddenly start to look a bit murky. You may feel it’s ‘not that bad’, or that it’s unlikely you’ve got it (which, as I say, doesn’t appear to be what’s gone on here – it was serious enough to voluntarily opt for a test off her own initiative). More concerningly – while you might think you’re in a risky situation, your employer may disagree. Occasionally rather strenuously. Potentially putting some pressure, perhaps even pseudo-legal pressure upon you to come in and fulfil your contractual obligations.

Could the state do more to compel employers (and, for that matter, workers) to make good ‘decisions’ and stay home where there’s even a semi-plausible likelihood of infection? Probably. Although as this case demonstrates – that’s all hindsight (which is, as we all know, generally of far greater clarity and perspicacity than as the vantage-point things are happening). ‘Support’ rather than ‘compel’ is nicer language – and presumably more likely to be more sustainable in the long term (hence why our own Covid-19 relative success story has been based around ‘taking the people with you’ from the Government … and the UK and much of the US and Europe are flailing due to population fatigue with being carried along in endless evidently iffily ineffectual measures). It would therefore be tempting to investigate whether subsidies for sudden Covid-19 related sick-days were sufficiently available/publicized in this case – although that doesn’t actually help an employer immediately access a substitute worker to fill in for the one that’s now housebound pending their test.

However, one of the simplest things we can do, which is also one of the most dramatically efficacious interventions – is changing the way people think. Which does not necessarily require the expenditure of money in subsidies or law-changes so as to ‘alter the playing-field’ and condition what is plausible, let alone viable to do.

Effectively, you’re changing what it is that’s ‘rational’ to do – either by changing the direct incentives (via economic or legal impetus), or by changing the perceptions of things (increasing knowledge, understanding). Both of these elements – ‘rationality’ and ‘knowledge’ – are cornerstones of how an idealized ‘capitalism’ is supposed to function.

The current Covid-19 retail outlet controversy demonstrates that many of the actors in question do not possess this rationality; at least partially due to imperfect information and differing, questionable perceptions.

Consider this: on the surface, from the employer’s perspective, evidently it seems pretty rational to insist that a retail worker comes into work, even if they’re sick, right?

Except we’re in the midst of a global pandemic, there’s been two community transmission cases in the past week happening literally just down the road, and if it does turn out that your retail worker whom you’re requesting to come in has the virus … you’re quite likely to wind up “Mt Roskill Evangelical Church”‘d or “Coldstore’d”, and have a cluster named after your business.

Now, with rationality in mind … that’s something which most business-owners would probably prefer to avoid. Not all publicity, as they say, is good publicity.

But evidently, either these considerations weren’t front-and-center for the management who requested the worker come in regardless of illness … or they rationally decided that the risk of the illness actually being Covid-19 was sufficiently remote to just have her back in anyway rather than finding a replacement staffer for the day or closing up shop.

Either way – it looks a bit irrational in retrospect. But, then, things viewed in hindsight almost invariably often do. Objects in the rear-view mirror are closer than they appear, however, so it’s an act likely to have consequences going forward for everybody involved.

We can do various things to try and ‘tip the scales’ a bit – and make it more viable for an employer to make what is now, in retrospect, the right call: not calling in a worker awaiting a Covid-19 test, potentially closing up for the day if they can’t run the shop without a single retail worker. These include those aforementioned subsidies – acting on the presumption that by eliminating the economic hit for making the ‘virtuous’ call, you encourage it to actually happen. It’s an unfortunate side-point that some employers don’t actually make their decisions based on such things (either the economics or ‘virtue’) and instead prefer to prioritize fixed and rigid projections of what employees ‘should’ behave like … but more upon that some other time (it’s partially why uneconomical self-service checkouts keep being rolled out to replace human staff at supermarkets even though they cost more and facilitate vastly greater losses through shoplifting – because for these sorts of employers, it’s about power, not economics).

But in the mean-time, and alongside all of that … I think it’s probably a great time to be reminding everybody – both employers and employees alike – that actions have consequences, even the unintended ones; that seemingly minor impositions can have major ‘ripple effects’ that splash-back. And that like it or not, we really are all in this together.