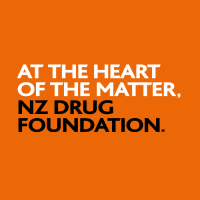 The cannabis referendum result was released today with 46.1% of New Zealanders voting in favour of legalisation, and 53.1% against. The gap will likely close to some degree when remaining votes are counted, but the jury is still out on whether it can close entirely.

However, even those who campaigned for a ‘no’ vote publicly accepted that cannabis use should be treated as a health and social issue, and decriminalised.

“Although a majority of New Zealanders did not vote for the proposed model of legalisation, the debate has shown a clear public desire for legal change in some form” said the Chair of the Drug Foundation, Tuari Potiki, today.

The Drug Foundation notes the strong mandate for decriminalisation that has been evident in public debates on the referendum and calls for an end to criminal penalties for those who use cannabis and other drugs, and for those who grow small quantities of cannabis at home for personal use.

Potiki commented that “The debate has highlighted issues that we can’t now turn our backs on as a country. Even those who campaigned for a ‘no’ vote publicly accepted that cannabis use should be treated as a health and social issue, and decriminalised. These included the Salvation Army, the New Zealand Medical Association and a group of national leaders of most church denominations. It’s time for an overhaul of the Misuse of Drugs Act, which is no longer fit for purpose.”

“The problems caused by prohibition will not disappear by themselves. We cannot stand back and ignore those who carry the greatest burden of the current punitive approach: young people, and Māori. Inaction is not an option: the need for reform is as urgent as ever.”

Deputy Chair of the Drug Foundation Khylee Quince commented today, “Medicinal cannabis products are financially out of reach of most New Zealanders, even those who have a life threatening or debilitating condition. Despite the legal medical scheme, many sick and vulnerable patients are still forced to source illicit products, putting them at risk of a conviction. The government must ensure an end to police harassment for users and their support people, and ensure public funding for medical products.”

The Drug Foundation extends their gratitude to the many supportive organisations, professionals and advocates willing to speak up publicly for law reform during the referendum debate, and acknowledges the 1.1 million voters (with more to come) who voted ‘yes’ in support of the improved public health and social justice outcomes that regulation would bring.

“There is a great appetite for reform and the government should seize the opportunity to act now. Many people voted yes not for their personal benefit, but because they find it unacceptable that drug use is treated as a crime, with all the damage that causes to vulnerable people. It’s time to take firm action and begin to treat drug use as a health and social issue.”