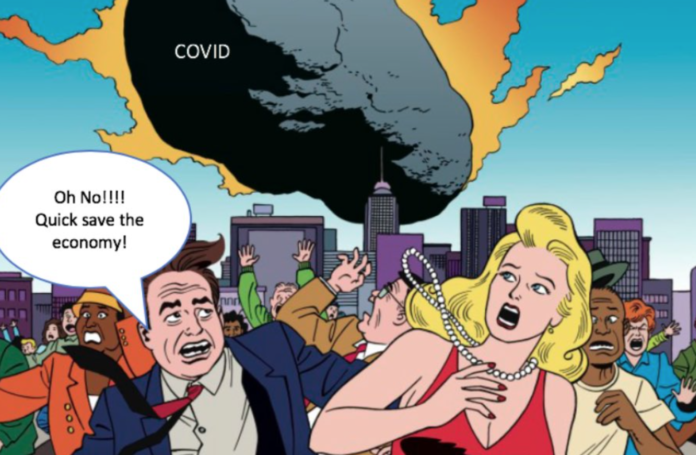 My sister, as both my avid readers will know, was forced to return to the UK in June to reinhabit her flat and her life. With Covid numbers low at the time, and summer upon the UK, it seemed like a reasonable move, even though we did not know when she, not a NZ citizen, would be able to return to this country that she so loves. Now, with winter looming and Covid surging, she is forced to yearn, from a depressing distance, to be here.

It was she who pointed out what some of the international media is saying about Jacinda’s leadership.  Prospect magazine, for example, has called Jacinda “the God of small steps”, noting that an innate caution and economic conservatism has limited, and will continue to limit, a reform agenda.  A refusal to significantly raise income tax rates, ruling out wealth taxes and significant self-imposed controls on further borrowing all limit the economic possibilities of reform. The Prospect article notes that some of these are self-inflicted limits:

Meanwhile, the public discussion about New Zealand’s modest levels of Covid-induced public debt, forecast to peak at around at 50 per cent of GDP, which—for comparison—is around half of the ratio the US and the UK are now looking at, is nonetheless dominated by the supposed need to slash borrowing.

This is a reasonable summary of Labour’s economic policy, and it would certainly be imprudent to think there will be huge new spending unless there is a significant boost in tax take from higher wages or more people in the workforce.

So that’s the caution side, and you can see what it looks like.  Self-limiting. An economic prison of our own making.  And yet, and yet…  There is passion in this government.  That’s why I changed my vote this time.  It is true I would have liked to have seen a policy blueprint for change. A “manifesto” that would act as the bible and map for the new government. But I voted Labour without that (I did like some of the policy they managed to announce, such as the justice work, which, if implemented properly, should save money, not be a drain on the public purse).

In Sunday’s SST, it was suggested that it is not so much policy, but having good people in charge, that is important.  There is a bit of ‘trust us, we know what we’re doing and you like us, don’t you’ about the new Labour Government.

In the Steve Kilgallon article in the SST, Jacinda scoffs at the view that she has to appease her right wing voters by changing Labour policy, claiming that people voted for Labour’s policy so that is what they wanted:

They voted for the plan, they know exactly who you are, and I think there is a difference when you vote in your second term … they know who you are, they expect you to keep being who you are and keep rolling on.”

So while we have a historic 1935 style outcome to the election, a big need for change, and passionate people in charge and so very much to do to roll back the damage caused by the neo-liberal tsunami, it is already clear there will be significant limits to reform in this term.

Ever hopeful, I do like to think that maybe some of these self-imposed barriers will melt away in the forthcoming months and years. Perhaps successes in some fields will lead to innovations in others. Perhaps the government’s confidence as an agent for good social change will grow.

More likely, it will be a frustrating couple of years. Yesterday, the one-day total of new Covid cases worldwide exceeded half a million, a new record. There is no sign of abatement (only 4 days ago I wrote about the ‘new’ record of 444,000, immediately superceded). This is the current battle raging now that will take much of the energies of the government for the next year or two.

However cautious the government economically, and however passionate in terms of social goals, keeping the NZ community Covid free is the government’s first focus, and one I strongly agree with. Some of these other questions will have to wait for another day.