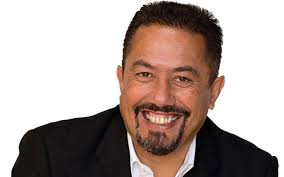 Information gained in the Key to Life Charitable Trust’s 1,000 Letters Report must be a part of the Government’s preventative measures to tackle suicide prevention in New Zealand – people’s lives depend upon it.

“Our hope is that with the fresh mandate Prime Minister Jacinda Ardern has before her, her new Minister of Health takes the proverbial bull-by-the-horns and ensures the knowledge and learnings gained from the 1,000 Letters Report are used to strengthen suicide prevention efforts,” said Mike King, Founder and Ambassador to the Key to Life Charitable Trust.

Mr King said that while no research can provide a definitive answer, there are important clues and themes from this Report that can guide strengthen the Governments’ intervention protocols.

“The simple fact is that people feel there are very few resources or support available to support those whose lives have been impacted by suicide, said Mr King.

“Talking about kindness is one thing, but when it comes to suicide, everyone is affected. The obvious pain and grief associated with loss was often made worse by a feeling of guilt that they did not, or were not able to prevent the suicide,” said Mr King.

Those left behind by suicide felt enduring pain, chaos, loss and grief, with some saying it never got any better and that they just had to learn how to live with it. What is needed is more support – and better awareness of what support is available is needed that extends past the immediate timeframe of suicide.

“We would certainly implore the Government to urgently address the need for proactive intervention that can augment stand-by resources that will effectively increase the reach of support services,” said Mr King.