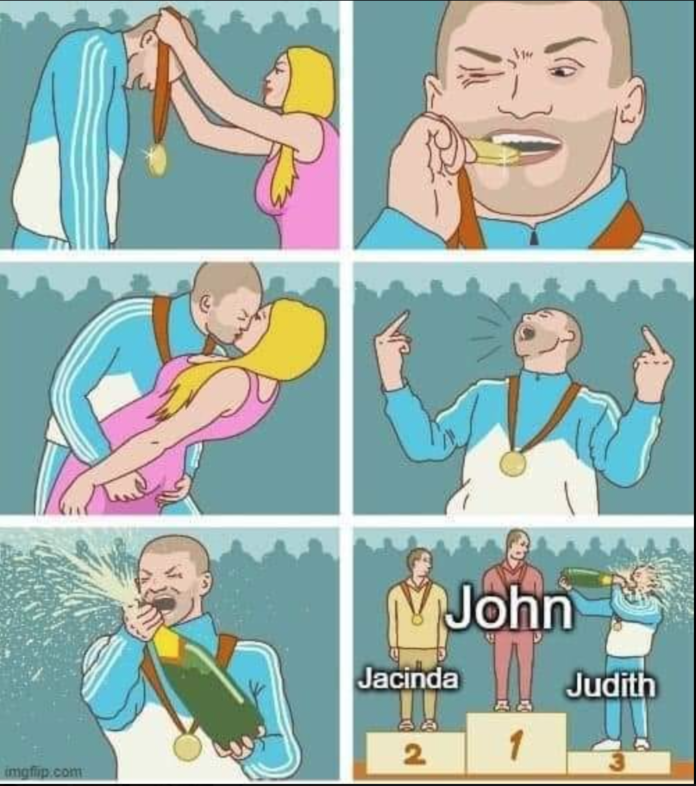 For their Leaders Debate, TVNZ beat all the John Campbell out of John Campbell so he ended up being as quiet as a white het cis male at an intersectionist conference. They over compensated his perceived bias so much he wasn’t John Campbell with all the insight he can generate.

They don’t give two shits about perceived bias on MediaWorks.

The poster boy for Gotcha Journalism, Paddy Gower, knows his razzle and his dazzle while appreciating TV debates are a blood sport olympics.

Where as John Campbell had to disappear, Gower will be unleashed with all the gladiatorial charm that brings.

In such a debate, Jacinda can’t detach and remain aloof because Gower won’t show any of that respect.

The expectation is for another Judith mauling so a much more directly focused Jacinda who attacks National’s ridiculous policy without radicalising Labour’s position is the smartest way for Jacinda to enter this debate.

Jacinda’s core and her new supporters want to see their PM be able to throw a punch, not just float above the fray.

They want their sacrifice to be something worth fighting for.

Kindness is great, but this is a debate against Crusher Collins moderated by the King of Gotcha Journalism, you bring both fists for punching in a match like this.