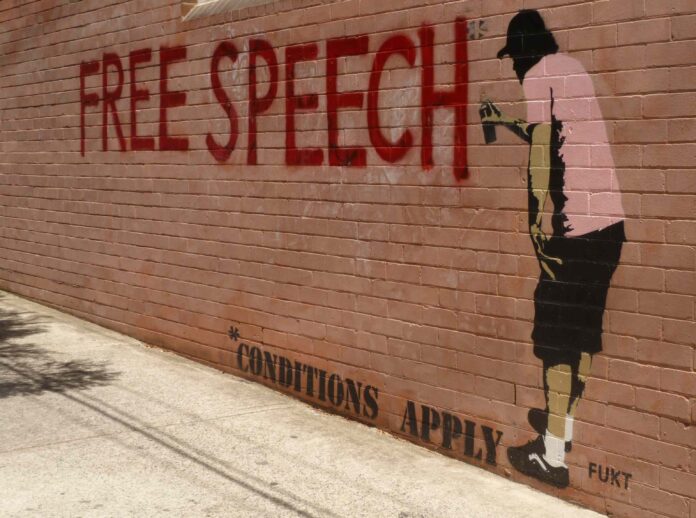 ACT leader David Seymour fears for freedom of expression after Jacinda Ardern confirmed plans to beef up hate speech laws if Labour is re-elected to power.

Ardern was in Christchurch on Thursday to unveil a plaque at the Al Noor mosque, one of two Muslim places of worship targeted in the March 15 terrorist attack of 2019.

Ardern was asked at the site about progress on updated hate speech laws, after the Government fast-tracked a review of hate speech legislation in the wake of the terror attack, which was fuelled by anti-Muslim sentiment.

Following that review, the Ministry of Justice and Human Rights Commission presented Justice Minister Andrew Little with options, and in March he said they were “working their way through Cabinet”.

But Little confirmed in June that Labour was still in talks with its Government partners about the options and said the legislation would probably have to wait until after the election, and it’s understood NZ First had some concerns.

Ardern confirmed on Thursday that Labour is keen to progress with beefing up hate speech laws if it wins another term in Government.

“We do have within our legislation in New Zealand provision that deal with hate speech, discrimination around people’s identities, but religion hasn’t been included in that. My view is that does need to change,” she said.

“I just think in a modern New Zealand everyone would agree that no one should be discriminated against for their religion and so it makes sense that we add this to the other suite of things we say is just not OK to discriminate people over.”

Ardern said she couldn’t understand why there would be resistance from other political parties.

“I don’t see why there should be, and so that’s probably a question for every political party, but that’s certainly our view and that’s the view that I’m putting forward.”

…remember when the Woke Identity Politics activists led their deplatforming purge against the visiting crypto-fascists and I said this will end badly and that the woke will inadvertently gift ACT a free speech momentum the Left will regret?

Yeah, well ACT is on 7% now once they doubled their MMP vote off the back of that free speech fiasco!

When the Wellington Woke banned a gender critical feminism conference from happening at Massey Uni, Seymour stepped in and held it at Parliament. He ended up protecting free speech while the woke tried to strangle it off!

The Left should champion free speech – not repress and deplatform it!

Jacinda feels that no one would have a problem with expanding hate speech laws to include religion – really?

I love mocking religion, if you believe in a magical invisible flying wizard, I get to mock that because it’s fucking stupid!!!

Would I breach the hate speech laws for mocking someone who believes in a magical invisible flying wizard?

Would Monty Python’s Life of Brian be banned?

Why can’t I hate religion? Why can’t I see it as a terribly regressive form of control over other people?

Can I criticise the fanatics at Gloriavale or is that going to be illegal?

See, I think that I’m already very tolerant of religion as it is.

I tolerate their crazy belief system that tells them they won’t catch Covid.

I tolerate the fact they don’t pay tax.

I tolerate fucking Scientology and Mormonism.

Now I’m being asked to not only tolerate religion, but I also have to fear religion if I criticise it as well?

I mean, give me a cross here and I can be a fucking martyr!

Now, you can counter argue that it’s wrong to hate someone for their religion and that mocking or belittling religious people won’t inspire them to change, and I completely agree.

It would be boorish and mean to throw hate at a person for their religion, but are we really going to criminalise being an arsehole?

Is that the threshold we are being asked to agree to here?

You want to criminalise hate thrown at someones choice?

The problem with including religion in hate speech laws is that it won’t just be religion that is included, the woke won’t be able to help themselves and will demand other inclusions.

And we see the Prime Minister sliding into that territory by agreeing gender and sexual orientation will be included.

Will a misuse of a pronoun be hate speech?

Is that where we are going?

Will micro aggressions be a form of hate speech?

Is Labour 100% certain they want to start spending political capital on what the Wellington Twitteratti considers hate speech?

Including religion will be challenging enough, the never ending list of what triggers the woke will be fucking endless.

Mark my words again, this isn’t going to end well.

The only winner in this will be ACT.