With Chloe facing an uphill battle in Auckland Central and with the Greens so close to the 5% threshold, why are the Greens dying and what happens if they do? 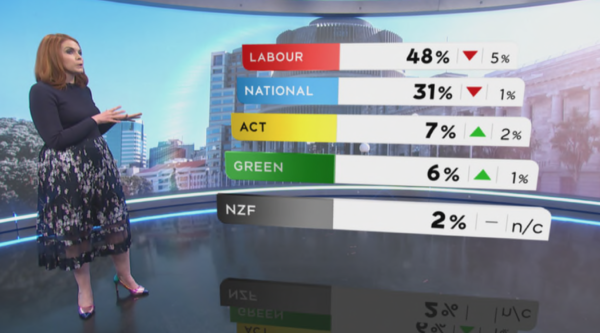 When the Greens were gutted in the 2017 election, they lost an enormous amount of resource to hire good staff and talented back room strategists. They fucked up with their insane decision to give National their Parliamentary Question and the embarrassing ease with which Eugene Sage’s was tricked by her own Ministry into allowing more China water bottling were glaring examples of a bunch of chequers players playing chess.

They haven’t been able to get traction inside the Government because they didn’t know how to handle Winston and settled for symbolic environmental gestures rather than real change.

They have been successful on domestic abuse issues around strangulation and giving people time off from work, but to suggest those changes wouldn’t have occurred under Labour anyway seems a stretch.

They just don’t have the strategists in the back room anymore.

Part of the problem has been the Greens new Identity Politics Faction taking over and pure temple woke virtue signalling alienation over Broadchurch recruitment has become a micro aggression policing purity test that no one other than themselves can pass.

1: White people are to blame for the Christchurch massacre: Hours after the enormity of the Christchurch terror attack had sunk in, Jacinda made one of the most powerful speeches of her Prime Ministership where she stated categorically that we were targeted by this white supremacist because we weren’t what he wanted. That wasn’t good enough for the Greens. Micro aggressions like racist jokes lead immediately to macro violence so everyone white was actually responsible for the terror attack.

4: Pregnant persons not pregnant women abortions: As we inched towards finally making abortion legal, the Greens held up the process because they didn’t want the term ‘Pregnant Women’ in the wording and instead wanted ‘Pregnant persons’ because trans people might be pregnant but not want to be referred to as a woman. I know, I know. I know.  Just quietly roll your eyes.

5: Gender critical feminists excommunication: Long time feminist activist and Green Party supporter Jill Abigail was excommunicated for publishing an opinion piece on the Greens Te Awa magazine board which is too many shades of crazy to contemplate

6: More rape convictions regardless of how that happens: We all want the court process for Rape to be easier on the complainants but the Greens push to re-engineer the Court so that previous sexual relationships can’t be used by the defence certainly makes it easier to get a conviction, no matter the innocence. One of the defences is did the male believe he had consent, if they’ve had sex in the past with that person, they might believe that, but removing sexual history makes that defence impossible. Remember the Spin Off smear that senior members of the Labour Party had covered up a serious sexual assault? Remember how no where in the story Spin Off printed did it point out the complainant and the person they were accusing of rape were actually in 9 month relationship? Remember how you felt realising that? Yeah, that’s what the Greens want as a Court process. Better 10 innocent men go to jail than 1 guilty one walks free.

8: Anything to do with free speech: The Greens desire to choke off any speech they feel triggered by is astoundly short sighted, because whenever the State gains the power to deplatform voice, it’s always Māori, environmentalists and activists who get hit by it! This was gloriously on display right after the Greens killed off crypto-fascists speaking here when National tried the same tactics to stop Chelsea Manning speaking here.

The mighty Trolls Troll no understand…

…like all other members of the Wellington Twitteratti coven (hilariously you all know who they are), Dave is sad and confused.

It’s like the woke middle class identity politics mummy blogger trans ally Green Party cancel culture militant cyclist humourless vegan micro aggression policing activists  are incapable of understanding how their behaviour over the last 3 years on social media has done nothing other than alienate voters to the point the Greens are now in danger of sinking beneath 5%.

It’s a process of proxification that the rise of social media has created.

Without solidarity, there is no movement.

Remember the Pride Parade and how it imploded after the Woke hijacked it? That’s the Greens now.

The Pride Parade used to draw 30 000, but the woke activists took over and demanded Police not wear uniforms because it might trigger trans people who have previously had bad experiences with the Police.

That decision saw the Pride Parade flop to less than 3000 people.

The woke called it a success because it was just the true believers, and sadly that’s the Green Party recruitment method.

Agree with the following…

…or you can’t vote Green.

You could have the Identitarian Greens who call out, Action Station Petition and cancel any micro aggression breaches of woke mantra and the Socialist Greens who focus on radical climate change adaptation and neoliberal economic hegemony dismantling.

That way the Identitarian Greens can continue alienating voters and the Socialist Greens could ignore the middle class virtue signalling and actually move on with preparing for Climate Change and dismantling the oppression of neoliberal economics.

When you are class left, the demarkation of power in society is between the richest 1% and their 9% enablers vs the 90% rest of us, that’s how we win the democratic majority, but when you are a woke Identity Politics activist, all men are rapists, all white people are racist and anyone supporting free speech is an actual uniform wearing Nazi.

The  identity politics activists are incapable of seeing how their woke purges have pushed away Green voters.

The Greens are struggling because all they’ve done for the last 3 years is find ‘traitors’ inside their own movement and alienated those voters.

TDB pointed out at the beginning of this pandemic that Jacinda would rob oxygen from the Greens, yet they put into place no counter strategy to that.

Green tacticians have failed, Green activists have alienated and the policy wins for the actual environment are largely empty symbolic gestures.

When you consider 175 000 NZers marched against climate change, it is extraordinary that the Greens are sinking so fast.

Maybe a term outside of Parliament will force the Greens to have to actually engage and win people over rather than screaming ‘racist rapist nazi’ at everyone who disagrees with them?

The biggest joke here will be that if they do crash out this election, the activist base who have done so much to alienate supporters won’t reflect for one millisecond on how they drove those voters away, oh no, it will all be the Heteronormative White Cis Male Patriarchy’s fault.

I’ve voted Green all my adult life because I passionately believe the climate crisis is an existential threat to our species that requires radical economic, community and political change. I don’t know what this current Party is anymore, it seems to be a weird cancel culture mutation that thinks it grows by alienating people over their identity.

Ruth said it best and the Green activists aren’t listening… 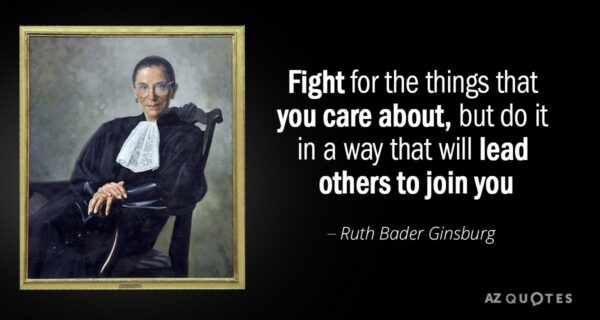