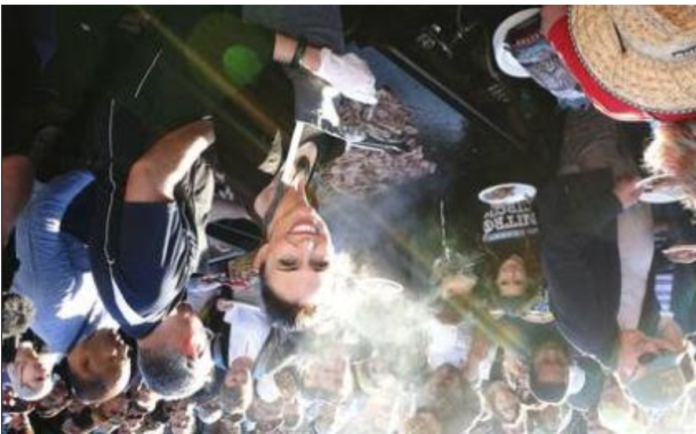 THERE’S A FIGHT LOOMING. No, not with National – they’ll be licking their wounds for years. Not with Act, either. Their numbers will gradually decline as National’s slowly recover. And the looming fight certainly won’t be with the Greens. They have some very serious soul-searching to do out there in the political wilderness where the voters are poised to send them. Like all prophets, they will be required to wrestle with the Devil in lonely places, defeat him, or never be heard from again. No, the fight that’s looming will be where it always is when the future of New Zealand is being decided – in the Labour Party.

Now some on the Left may be anticipating a renewal of the fight that was brought to an abrupt end by David Cunliffe’s catastrophic performance in the general election of 2014. The election (by the slimmest of margins) of Andrew Little to Labour’s leadership was a vote, by what remained of Labour’s left, for what David Lange called “a cuppa” – a pause in the ongoing hostilities during which the wounded could be attended to and the dead decently buried. It was a long truce, during which nothing much happened either ideologically or practically. Under Little, a grey fog descended upon Labour. A poll-depressing pall which was only lifted by the sudden rise of Jacinda’s glorious sun.

If, as seems increasingly likely, that same brilliant Jacinda leads Labour to an absolute electoral victory on 17 October, all thought of some sort of factional renaissance should be dismissed out of hand. For the foreseeable future, what Jacinda wants, Jacinda is likely to get. Which means that the fight, at least initially, will be for the Prime Minister’s ear. Ground-breaking policies will be proposed. Bright futures sketched-out confidently on paper serviettes. Historic opportunities grandly explained. Only then will the real fight finally begin – the fight between Jacinda’s heart and Jacinda’s mind.

Shortly after ascending to Labour’s leadership, Jacinda described herself as a “pragmatic idealist”. It was an inspired oxymoron – packing into just two words the essence of the social-democrat’s dilemma. It was good to know that she knew what lay ahead of her. That as undisputed leader of the centre-left, she would herself become the battlefield upon which these contradictory impulses: her idealism and her pragmatism; would engage one another.

The coalition with NZ First and her understanding with the Greens spared the prime Minister the worst of it. For the past three years jacinda has been able to make out a plausible case for her idealism having little choice but to reach a series of pragmatic accommodations with “Mr Peters” innate conservatism. It was a good line, because it allowed her followers to believe that Jacinda’s idealism remained unbeaten and unbowed. That, given a chance, her bright blade would flash in the sunlight and the forces of inertia and indifference would be laid low beneath its righteous fury. Jacinda’s pragmatism, it seemed, was all about making sure that, when the moment came, her idealism would be ready.

Barring something truly awful intervening between now and election day, it would seem that this long awaited and keenly anticipated moment will soon be upon us. Jacinda’s pragmatism, if it is not to be twisted into a cynical and demoralising opportunism, will then be required to meet the extraordinary challenge of setting the unencumbered Labour government’s idealistic pace. How “unrelentingly positive” can Jacinda and her colleagues afford to be – and how kind?

Much will turn on how Jacinda perceives “idealism”. Does she equate it with the phenomenon that some call “wokeness”? Is it a simple matter of scratching every itch inflamed by the Twitterati’s ideological eczema? Will an unencumbered Labour Government put all TERFs to flight? Legislate for tino rangatiratanga? Ban all forms of hate speech? Destroy the dairy industry? Squeeze the rich until the pips squeak? Or, is Jacinda’s idealism something more organic? Something rooted in the idea of community? In the mutual obligations of citizenship?

We must hope it is the latter. Because if it is the former, then the next three years will be very fraught and full of political danger. “Wokeness” has about as much support in the New Zealand electorate as the Green Party – which is to say, bugger-all. Not that the woke understand that. As actual or wannabe members of the “progressive” wing of the political class, they are anxious to impose their own, tortuous, ideology upon what they regard as the deplorable prejudices of their unenlightened fellow citizens. If Jacinda’s idealism turns out to be woke idealism, then the people will flee from her in droves – and bitter disappointment.

But I do not believe that the looming fight will be a struggle between a woke Jacinda and the rest of us. I believe it will be a fight between Jacinda’s vision of a government that continues to foster the solidarity and sacrifice manifested in the battle against Covid-19, and those who want to put an end to it. Her idealism, so far, has been about bringing New Zealanders together. Is it too much to hope that an unencumbered Labour government, led by Jacinda, will be one which builds on New Zealanders’ new appreciation of the role an active and protective state can play in securing the common welfare of all its citizens?

Everything in Jacinda’s political career to date points to her almost instinctive understanding of how important it is (to quote Jim Anderton’s famous injunction) “to build your footpaths where the people walk”. Her political pragmatism has always recognised the futility of trying to force people to be good. Her political idealism is founded on her conviction that people find goodness in themselves, or not at all. “They are us”, she declared on 15 March 2019, and a whole nation showed the world what she meant. “Unite against Covid-19”, she urged, and New Zealand did just that. “Be kind”, she implored, and 50 percent-plus of us are willing to go on giving it a try.