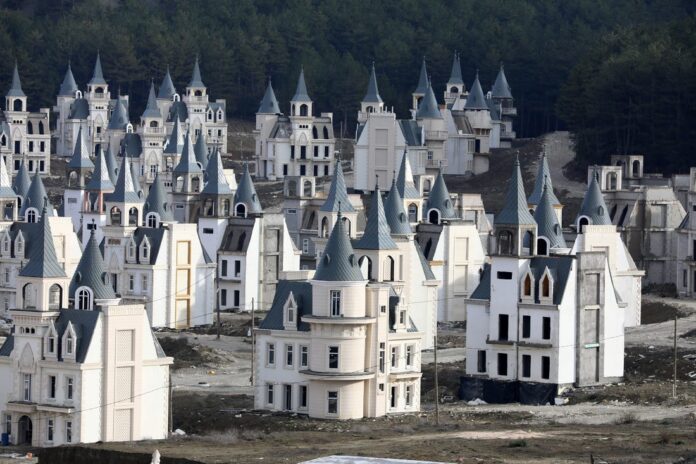 Our economic system is broken. It’s devastating that despite New Zealand’s economy going through the most significant economic challenge in a generation, the housing market has continued to skyrocket. Meanwhile, we have the most important election in living memory next month and we have the current government fuelling the problem, not dampening it, and the National Party who are silent on it because they don’t want to lose votes. We all lose as a society by not having an affordable housing market, we have to fix this.

We had the most unaffordable housing market in the developed world going into Covid, and even a global pandemic can’t slow it. We need to tax houses like any other asset to stabilise house prices for a generation. We also need to reform rules around building, and local government funding, to allow us to build up, not out, more quickly. This will mean we can cater for the huge growth in those living in our cities over the next 30 years. TOP has a solution to the housing crisis and I would strongly urge people to look at our housing policy because it is better than anything, any other political party is proposing.

In terms of economic stimulation post Covid-19, The Government has left the Reserve Bank with no option but to flood the country with $100b in cheap money which will keep interest rates at record lows. Cheap money encourages people to take on more debt at a time when we can ill afford more of it. As we have seen overseas this will continue to fuel the housing market, benefiting the banks and wealthiest Kiwis. TOP would divert this money directly to the pockets of struggling businesses and people. $100b divided between every Kiwi would be $20,000 per person. That would allow a 18 month Universal Basic Income (of $250 per week) and it’s money the Reserve Bank is already creating. Imagine what could happen if we all had an extra $20,000 in our pockets. We’d pay down debt, put down deposits on houses, go on New Zealand holidays and spend up on a bunch of cool stuff. But instead Labour is importing failed economic policies from overseas. It’s heart breaking.

The time has come to reset our economy. The COVID recovery is an opportunity to build back better. We need to stop speculating on property and start investing in businesses that can provide jobs and exports. We need to work smarter, not harder. We need to add value rather than squeezing out more volume – more cows, more logs, more tourists – all at a cost to our environment. Both National and Labour have been talking about these issues for 20 years and neither have the guts to deliver. TOP has a plan to take the country forward, to reduce property speculation and grow some world class clean and clever industries.