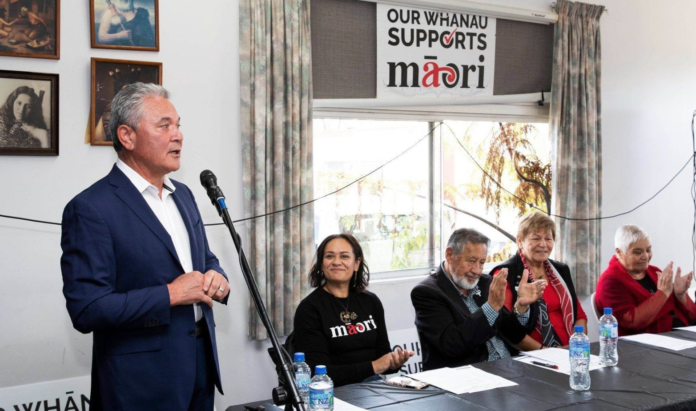 I am pleased TVNZ has come to its senses and included the Māori Party into the multi-party political leaders’ debate.

TVNZ had initially left the Māori Party out of the debate, and I immediately challenged that through the Human Rights Commission. I will not tolerate naked racism anywhere in New Zealand, just as I didn’t tolerate Mike Hosking defaming me and forced him to settle this year.

It is pleasing that the leadership at TVNZ have finally awoken to the fact that Māori have separate and distinctive constitutional rights in this country. The Māori party is grateful that common sense has prevailed and we are now included.

I believe TVNZ’s political assumptions were wrong on a number of levels.

They were wrong because we have had separate representation as Maori people since 1867 in our Parliament.

They were wrong because the Maori seats can have an impact on who Governs and should be represented.

They were wrong to use present mainstream polling because these polls do not reflect Maori influence but only Pakeha preference.

They were wrong because they treated us the same as Pakeha Seats and that we are most definitely not.

They were wrong because we are the Tangata Whenua and have a right to have our voice heard in the land of our Ancestors.

They were wrong because they are owned by us but governed by their present political masters.

They were wrong because Maori Voices matter.

TVNZ has accepted our concern that their criteria did not adequately consider parties who are only contending Māori electorate seats.

It also accepted success in Māori electorate seats impacts the make-up of parliament, and viewers need to be aware of parties and politicians who may have a viable path to government by winning these seats.

Today is about expanding the franchise of New Zealand democracy.