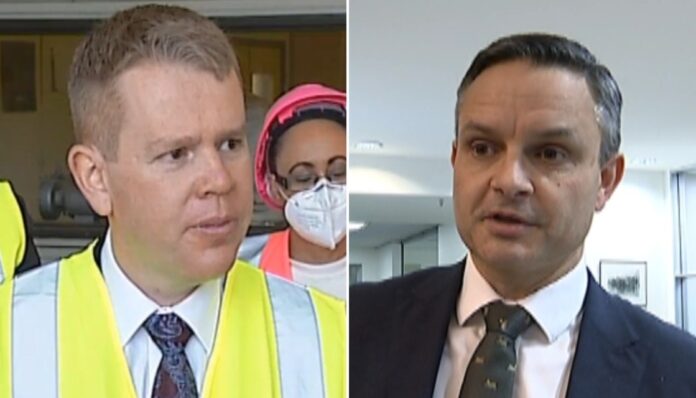 James’ desperate defence of his funding of the Jedi Academy during his live streamed struggle session to angry Green activists has come back to bite him in the arse.

He attempts to claim Chippy signed off on this magical Harry Potter Environmental Training College, but CHIPPY AIN’T HAVING NONE OF THAT…

A leaked video of last week’s Green Party crisis call published by RNZ on Thursday shows Shaw, co-leader of the Greens, claiming the controversial Green School funding was given “verbal sign-off” by Hipkins.

“He did, sort of, give at least a verbal sign-off to the project,” Shaw said. “He did say that – assuming everything else being equal – as long as the funding partner is the [Taranaki District] Council, which it is, that he was okay with it.”

It came after Hipkins, a Labour MP, said last week giving $11.7 million to the Green School was not something he would have prioritised as Education Minister.

“Ultimately, that was something the Green Party advocated quite strongly for and so it was one of their wins, if you like, out of the shovel-ready projects area,” he said. “It’s not necessarily a project that I would’ve prioritised.”

Hipkins on Thursday responded to Shaw saying he was given “verbal sign-off” by Hipkins for the Green School funding.

…now that’s a smack down that would activate DNA.

There isn’t any way in Hell that Chippy will allow James Shaw to desperately tie him to this fucking fiasco.

Chippy is one of the smartest players in the game, do any of you honestly think he didn’t see the glaring problem of backing a project that is ideologically aligned with your own aims?

This is getting worse by the day.

The focus must be on getting Chloe into Auckland Central if there is to be any Green representation because I just can’t see them getting over 5% after this.

It was always going to be close because of the pure temple social media alienation conducted by woke activists, but the reeking hypocrisy of this threat to derail the rebuild for a pet project that can be mocked ruthlessly could be the nail in the sub 5% coffin.

The difference between this fiasco and Metiria’s 2017 welfare confession is that the latter had wide Green Party support, Shaw’s elitist Jedi camp doesn’t.

The game changer in 2017 was the supernova of Jacinda and that supernova has paid dividends in a way that eclipses Marama Davidson and James Shaw’s contribution.

If you voted Labour in 2017, you sure as Christ are in 2020! Only the most middle class woke vegan militant cycling mummy blogger Identity Politics ally who has spent the last 3 years alienating everyone else to the wider environmental and social issues with their narcissism of tiny difference will be party voting Green this election and while that is 30% of Wellington, it sure as fuck ain’t 5% of NZ.

Every Green activist worth their salt should be throwing their shoulder behind Chloe’s attempt on Auckland Central, this is survival time now.