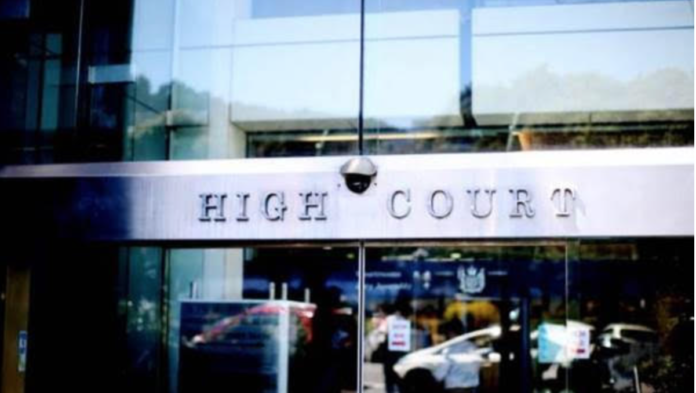 THE ENABLING ACT, was passed by the Reichstag on 23 March 1933. With this single piece of legislation every act of the Reich Government – and its Chancellor, Adolf Hitler – was given the force of law. Any conscientious German lawyer, seeking to test the legality of the Nazis’ subsequent, democracy-crushing, edicts in Germany’s highest courts, would have been reassured that the “Rule of Law” remained inviolate.

Quite rightly did the nineteenth century British novelist, Charles Dickens, proclaim: “The law is an ass!” Laws do not rule – people do. This is the incontrovertible fact which Mr Andrew Borrowdale, the man who required the High Court to rule on his challenges to the legality of the Covid-19 Lockdown, singularly failed to grasp.

Not that Mr Borrowdale lacked encouragement for his Quixotic endeavour. All manner of pedants and purists were quick to figuratively pat him on the back for his services to the “Rule of Law”. As if the judgement of a few lawyers – albeit lawyers in flowing robes and horsehair wigs – should somehow be permitted to stand above the straightforward, self-protective judgements of ordinary men and women threatened by a global pandemic. As if the decisions made by the people’s elected representatives – for their protection – can be reasonably and responsibly struck down by a gaggle of job-for-life jurists elected by nobody at all.

Thank God the judges of the High Court turned out to be a great deal more intelligent than the individuals who put so much stock in Mr Borrowdale’s appeal. Andrew Geddes, a law professor at the University of Otago summed it up nicely:

Or, as the celebrated Roman statesman, Marcus Tullius Cicero (106-43 BCE) so succinctly put it: Salus populi suprema lex – The safety of the people shall be the highest law.

Obviously, preserving the people’s safety is, above all else, a political obligation – not least on the part of the people themselves. Consider the passage of the Enabling Act in 1933. Had the German Social Democrats and Communists not been at daggers drawn; had the German army not been so consumed by its desire to wipe out the humiliations of the Treaty of Versailles; then the farcical conditions in which the Enabling Act was passed (the German parliament was ringed with Nazi Stormtroopers, and the Communist Party MPs, having all been taken into “protective custody”, were absent from the Chamber) could not have arisen.

Thirteen years earlier, in 1920, an attempt by extreme German nationalists, backed by the army and right-wing paramilitaries, to overthrow the Weimar Republic had been foiled by the decisive action of the Social-Democratic Party-led government. Its call for all German workers and civil servants to come out in a nationwide general strike was backed by all the other parties of the German Left. Twelve million workers and civil servants responded. The country ground to a halt. It was the largest and most successful strike in Germany’s history. The so-called “Kapp Putsch” collapsed.

Three years after Kapp’s, in 1923, Adolf Hitler’s attempt to stage his own putsch (coup) was foiled by the Munich police. Formed up in a skirmish-line, the armed policemen ordered Hitler’s brownshirts to halt their march through the city. The Nazis (also armed) refused and came on. The Police commander gave the order to open fire. Those Nazis who still could (sixteen of them were killed) fled.

In both cases, the German judiciary had nothing useful to contribute. It was not the Rule of Law which saved the Weimar Republic in 1920 and 1923, but the German people themselves. Just as, in 1933, it was not the Rule of Law which transferred all effective executive power into the hands of a political psychopath. That was the work of a Depression-ravaged and politically exhausted German population – just enough of whom were ready to trade their liberty and decency for economic security and an end to the Weimar Republic’s intractable political divisions. As clear a case of “be careful what you wish for” as one could hope for.

In New Zealand, in 2020, the people have also prevailed. A leader they trusted, and who very clearly had their interests at heart, implored New Zealanders to unite against Covid-19 by staying home inside their bubbles. The New Zealand people responded by doing just that. Thus did Jacinda Ardern’s prioritisation of her fellow citizens’ welfare elevate her words to the status of suprema lex – the highest law.

Jacinda acted hard and early on our behalf, and we should all be exceedingly grateful that she refused to abdicate that responsibility to the courts. That the courts appear to agree is welcome proof that there are at least three judges left in New Zealand who still understand Latin.