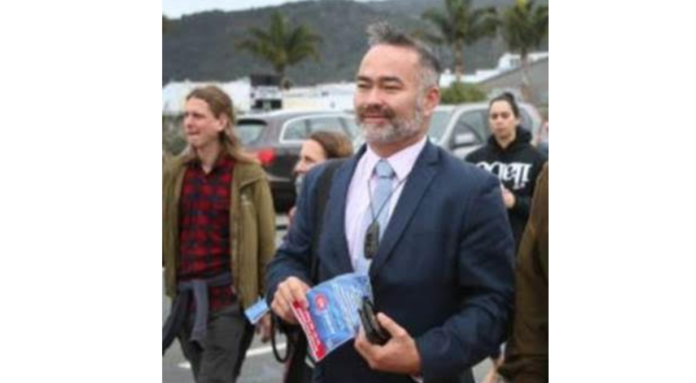 JUST OVER A CENTURY ago, an American socialist, Charles T Schenck, tested the boundaries of free speech. He and his fellow socialist, Elizabeth Baer, were convicted under the Espionage Act (1917) for distributing pamphlets opposing the conscription of young American men for service in World War I. The pair appealed their conviction to the US Supreme Court, citing the First Amendment to the US Constitution’s protection of Freedom of Speech, but their conviction was upheld. The celebrated American jurist and Supreme Court Justice, Oliver Wendell Holmes, explained his decision in the following, famous, passage:

“We admit that in many places and in ordinary times the defendants in saying all that was said in the circular would have been within their constitutional rights. But the character of every act depends upon the circumstances in which it is done. The most stringent protection of free speech would not protect a man in falsely shouting ‘Fire’ in a theatre and causing a panic… The question in every case is whether the words used are used in such circumstances and are of such a nature as to create a clear and present danger that they will bring about the substantive evils that Congress has a right to prevent. It is question of proximity and degree.”

The “theatre” Holmes refers to is, of course, the United States at war. Schenck’s arguments against conscription – by undermining the US war effort – were, in the unanimous judgement of the Supreme Court, a direct violation of the people’s will – as expressed in the US Congress’s declaration of war against the Central Powers. Context, argues Holmes, is everything.

One hundred years later, and half a world away, the issue of free speech and the context in which it does, and does not, require the law’s protection is still very much alive.

Earlier today (13 August 2020) in Whangarei the Leader of the New Zealand Public Party, Billy Te Kahika Jr, addressed a small crowd of people who had joined a protest against the Government’s latest efforts to control the community transmission of the Covid-19 virus. In the course of that address, Mr Te Kahika alleged that the Government’s actions were part of a preconceived plan to deprive ordinary New Zealanders of their rights. His speech reinforced arguments he had already voiced on Facebook earlier in the week. Patriotic New Zealanders, Mr Te Kahika advised his audience, were leaking information to him about the Government’s plans to deploy the armed forces against its own citizens. Very soon, he claimed, soldiers would be testing New Zealanders compulsorily for Covid-19.

These are inflammatory claims, prompting the question as to whether or not Mr Te Kahika is guilty of “falsely shouting ‘Fire’ in a theatre and causing a panic”?

But, these are not ordinary times.

New Zealanders need only look across the Tasman Sea, to the State of Victoria, to understand the threat posed to society by an inadequate official response to any resurgence of the Covid-19 virus. Many people will become sick. Others will die. The local economy will be devastated. Any activity which threatens to facilitate and/or augment these evils must, therefore, be considered, in Holmes’s compelling phrase, “a clear and present danger” to the common welfare.

It is very difficult to interpret Mr Te Kahika’s activity as anything other than an attempt to impede, undermine and in every way frustrate the Government’s attempt to respond adequately to a proven resurgence of community transmission of Covid-19 in the city of Auckland and, quite possibly, across the rest of New Zealand. His unsubstantiated claims seem calculated to arouse fear, anger and hatred among those least equipped intellectually, emotionally and materially to challenge their veracity. When directed against those in authority, for expressly political purposes, such falsehoods have the power to cause immense harm.

If Holmes’s important stipulation that “the character of every act depends upon the circumstances in which it is done”, then Mr Te Kahika’s actions can only be described as extremely reckless and irresponsible. Conscious, that they could quite easily contribute to a significant lessening in the public’s willingness to comply with the Covid-19 regulations – and, hence, to the spread of the virus – the Government would be entitled to take all necessary measures to silence Mr Te Kahika and his  political lieutenants.

The only consideration militating against such a course of action is likely to be whether or not the silencing of Mr Te Kahika would be more, or less, likely to facilitate the very substantive evils it was intended to prevent. While the crowds he speaks to remain as small as Whangarei’s, it is probably not worth making a “free speech” martyr out of Mr Te Kahika – especially if such martyrdom constitutes an important part of his election campaign. The Government would, nevertheless, be wise to keep a close eye on the NZPP and its inflammatory leader, and both eyes on the size of the crowds they attract.

My own principled attachment to free speech is well attested, and, just for the record, I believe the US Supreme Court was wrong to convict Schenck and Baer for opposing the draft. I do, however, concur entirely with Justice Holmes that freedom of speech gives no person the right to shout “Fire!” in a crowded theatre.

Nor to undermine the efforts of our government to preserve New Zealanders’ lives in the face of global pandemic.