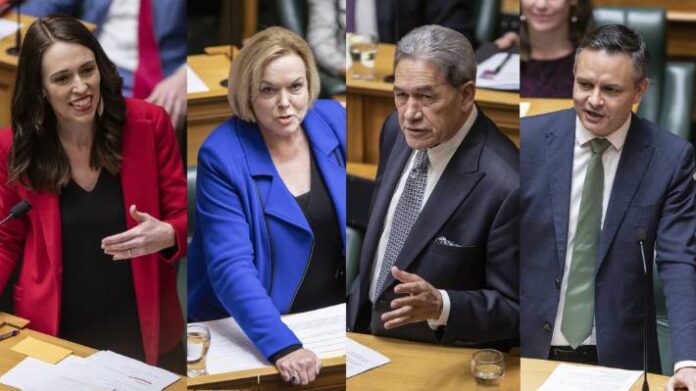 So the final day of the first Labour-NZ First-Green Government rolled by and there were plenty of zingers to see out the dissolution of the 52nd Parliament.

There were of course some winners and some losers. 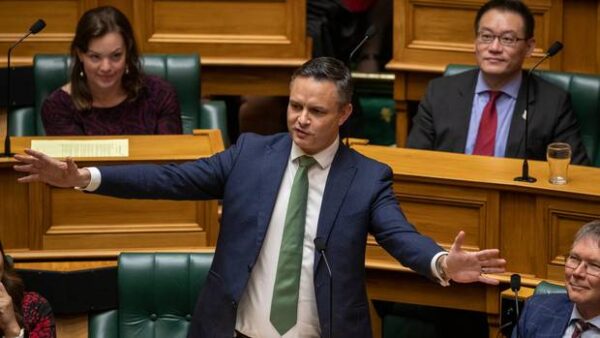 No one is ever allowed to laugh inside the Green Party because laughter is cishet male privilege and only reinforces the patriarchy so the Greens tend to be as pious as former smokers and mummy bloggers in what triggers them and demands safe space bunkers but the fear of being kicked out at the next election gave James a sense of humour and he proceeded to be really, really, really funny!

This was funny, where has this James Shaw been for the last 3 years? Why are we only seeing this now? How about, instead of being really, really, really, really, really, really alienatingly woke the Greens try and be friendly and funny this election? I promise you can immediately go back to po-faced and humourless right after the election, but let’s spend the next 6 weeks pretending that the Greens aren’t insufferable so that we can try and implement some meaningful policy on climate change, poverty, the green rebuild post pandemic and restructuring the neoliberal economic hegemony?

Can the Greens just pretend to be someone else for the next month and a half so we can trick the electorate into thinking you won’t deplatform anyone who isn’t a vegan cyclist?

You would think Judith might have been able to repress her malice and scorpion-sitting-on-the-face-of-a-frog-in-the-middle-of-a-river-endlessly-stinging-that-frog sensibilities for just one day right? To pretend to be a Statesman that voters can look up to, but thanks to the glory that is Judith’s malice, girl just can’t help herself.

The entire speech was not about what National will do if they are the 53rd Parliament, or even what her election promises are, she just tore into abusing everyone else with the naked glee of a hungry wolverine in a prenatal ward.

She even managed to make her ‘thank you’ insults, she’s just unbelievable. She’s like the Sith, House of Slytherin and White Walkers all rolled into one.

Cancer has more sympathy than Judith.

Left wing mothers tell their children to say their prayers lest Judith Collins take them in the middle of the night. Right wing mothers say the same thing. 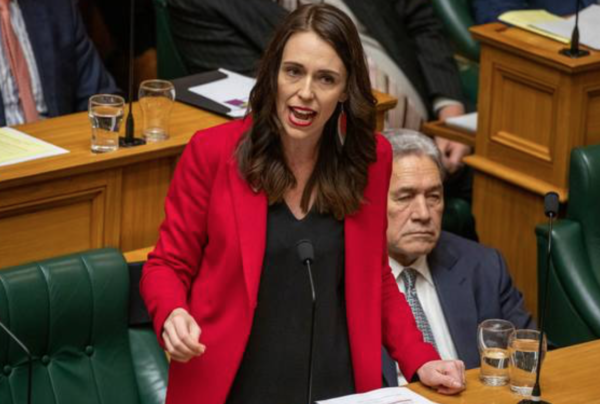 “We Believe” – Jacinda used this phrase 6 times. It’s lovely to believe isn’t it because it really doesn’t require much.

“What are you doing about child poverty?”

“What are we doing about the housing crises?”

“I believe we can solve it!”

“What happens if the travel bubbles don’t open between NZ and the Pacific Islands?”

The issue isn’t that Jacinda believes it, the issue is if you are actually doing something. Relying on the Leader to just believe stuff seems a tad terrifying. I’m sure Trump thinks he’s doing a fantastic job right now. 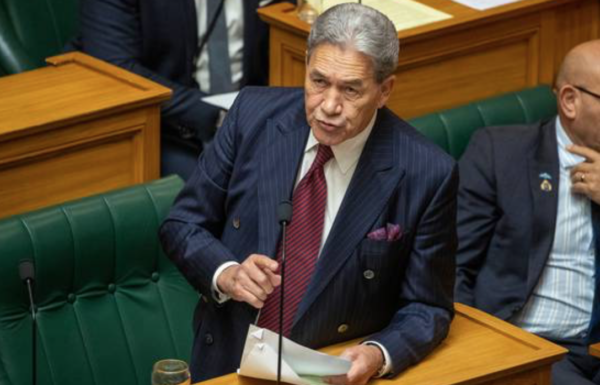 Poor old Winnie. There he was, barking away madly at the temerity of James Shaw finally having the courage to attack Winston because he’s pretty certain Winnie isn’t coming back from this election…

…and we all felt a tinge of sadness didn’t we? This is the last huff and puff of NZ First unless Shane wins Northland.

It was like watching a great boxer in their last fight when the last fight should’ve been a while ago.

Let’s bow our head in song.

Goodbye Winston Peters
Though we never knew you at all
You had the audacity to impose yourself
While those around you crawled
They crawled out of the media
And they whispered into your brain
They set you on the treadmill
And they made you change your game
And it seems to me you lived your life
Like a whisky in the wind
Never knowing which dog whistle to cling to
When the sinking polls set in
And I would have liked to have known you
But I was just a kid
Your whisky drained out long before
Your legend ever did
DAVID’S GUN LUST: 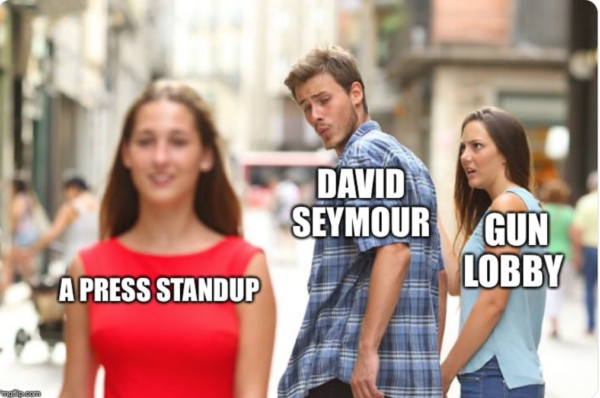 Are you happy to see me or is that a gun sticking out your pants? The sad thing about David Seymour now is that every time he opens his mouth all you see is a gun poking out. It doesn’t matter what he said or what he promised on the last day of Parliament because all the rest of us could see was guns, guns, guns.

I can’t wait to hear some of his well vetted new gun fetishist candidates thoughts on 1080.