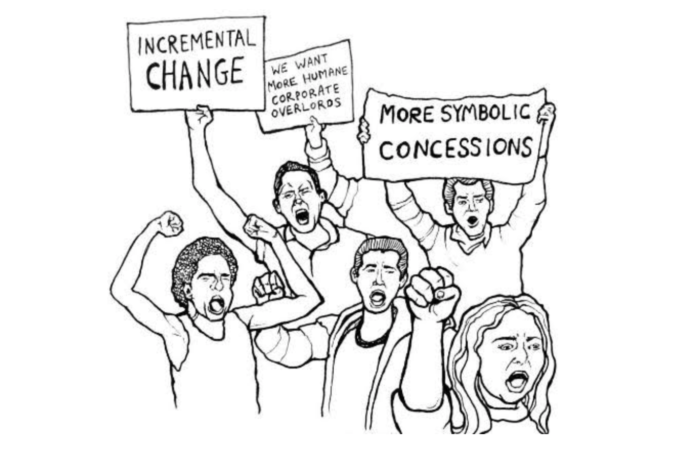 IT IS PERFECTLY NATURAL, when people see a system failing, that they should want to fix it. By the late-1970s and early-1980s it was pretty clear to everyone that the post-war economic miracle had stalled, and that all the usual remedies had been tried and had failed. Voters were in the market for something new, something that hadn’t been tried. They were hungry for an alternative.

Young New Zealanders who have grown up in the neoliberal era of low inflation, small and weak private sector unions, and low-to-stagnant income growth will find it difficult to imagine an annual inflation rate of 14 percent with wage rises to match. Economic policies have hardly changed in 35 years, so the idea of prime ministers and finance ministers flailing about in search of a solution to rampant price and wage inflation will strike those who have never experienced the collapse of a long-standing policy consensus as bizarre.

What would also strike them as unusual is just how energetically New Zealand society examined and debated the alternatives put forward to replace the failing post-war consensus. Even though today’s 20-somethings have lived through the global financial crisis – an event which tested neoliberal ideas and practices to destruction – there has been nothing like the lengthy period of public discussion and disputation that preceded the dramatic reforms of the Fourth Labour Government.

That there was so much public discussion: so many features in the newspapers, lengthy magazine articles and prime-time documentaries (the most famous being Milton Freidman’s staunchly monetarist “Free to Choose” series) is indisputably because the most vociferous arguments in favour of change were coming from the Right.

Keynesian economic orthodoxy, which had largely dictated the policies of Western states since 1945, represented capitalism’s grudging compromise with the social-democratic aspirations of the men and women who had lived through the years of depression and war. Ordinary people were demanding a better life, and western politicians, all too aware that if they refused to meet their citizens’ demands the Soviets would be quick to tell them why, thought it best to give the voters what they wanted. The problem, especially for the capitalists of the English-speaking world, was that the post-war compromise had worked too well.

With the power of the trade unions growing, and the rate of profit falling, capitalism was in trouble. Worse still, a “revolution of rising expectations”, beginning in the 1950s and 60s, had, by the 1970s, led to previously marginalised and/or suppressed groups – blacks, women, gays and lesbians – demanding their own fair share of space on the social, economic and political stage. Left to itself, conservative intellectuals argued, social-democracy was generating demands that capitalism could only meet by consenting to its own dissolution. The time had come to fight back.

And what a fightback it was. Crucial to the success of the Capitalist counter-revolution was the middle-class fear of being forced to surrender its economic and social privileges to groups long-considered inferior – most especially the working-class and people of colour. Trade union militancy and black assertiveness, the most radical manifestations of social-democracy’s culture of enablement and emancipation, were to become the unacknowledged drivers of middle-class support for the capitalist fightback. The price: a promise of full social, economic and political equality for middle-class women, regardless of race or sexuality; did not seem particularly high. After all, it had worked before.

Were there left-wing alternatives to the Keynesian post-war settlement? Of course there were! Did they enjoy the same encouragement and support as the alternatives put forward by conservative intellectuals and right-wing think tanks? Of course not! The “More Market” side of the debate patted the capitalist cat just the way it liked – from its head to its tail. Those foolhardy enough to try stroking it in the opposite direction ended up getting very badly scratched.

In the ten years that have elapsed since the global financial crisis, much has been written about the deficiencies and failures of neoliberalism. Alternative economic ideas have been advanced by thinkers and politicians from all around the world. Unfortunately, the critics of neoliberalism have achieved nothing like the cut-through achieved by the critics of Keynesianism in the 70s and 80s. The careful creation of an intellectual climate for change; the constant publication of detailed proposals for reform; the extraordinary preparation and seeding of the political ground that prefaced the policy revolutions unleashed by Margaret Thatcher, Ronald Reagan and Roger Douglas; none of these have been replicated by the Left.

Hardly surprising when one considers the extreme disparity in resources between the individuals and groups advocating neoliberalism, and those promoting more equitable alternatives. Having billionaires as backers really does help!

Even with the powerful incentive of the Covid-19 Pandemic, the development of a convincing alternative to the status-quo remains pitifully (and, given the rapid advance of climate change, dangerously) slow.

Ninety years ago, the father of public relations, and author of the ground-breaking book “Propaganda”, Edward Bernays, wrote:

“Only through the active energy of the intelligent few can the public at large become aware of and act upon new ideas.”

Few would dispute that the Left, today, are few in number. Is their failure to make the public aware of and act upon the manifest failures of the present system attributable to their lack of active energy and intelligence? Or, is it simply because the Left’s ideas have become, almost entirely, those of the historically compromised middle-class?