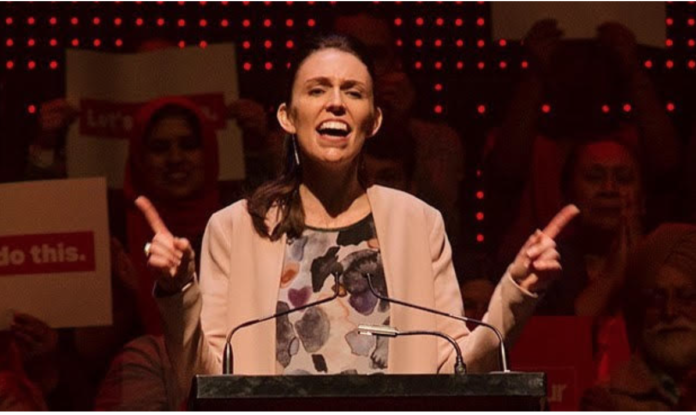 JACINDA ARDERN’S STRATEGY for this election is now clear. She will be inviting New Zealanders to vote in three referendums. The referendum on Cannabis. The referendum on Euthanasia. And the referendum on her government’s handling of the Covid-19 Pandemic. Otherwise known as the General Election, this third referendum will be presented as an opportunity to endorse the course Jacinda has set for the country. While a reasonable amount of doubt surrounds the outcome of the first and second referendums, the outcome of the third is regarded as a “dead cert” by most voters. “Captain Jacinda” and her Labour crew will be urged to “stay the course” and sail the good ship New Zealand safely home.

Many on the Left, caught up in the excitement of a prospective electoral victory so emphatic that Labour may be in a position to govern alone, are imploring the party to seize the time and enact the most comprehensive reform of New Zealand institutions since 1984. All the things the Left was hoping for: the “transformation” promised by Jacinda but countermanded by Winston Peters; will become possible in a House of Representatives dominated by Labour and the Greens.

Really? How much is the New Zealand Left (as it used to be understood) willing to bet? Which of those institutions that, historically, have been thought of as “progressive” (left-wing political parties, the trade unions, universities, the teaching profession, tertiary student bodies and the arts community) will step up to insist that Jacinda and her ministry enact a genuinely transformative programme? Let’s examine each of these collectivities in turn.

It is a sad – but entirely fair – question: Do any left-wing parties still exist in New Zealand? Over the course of the past thirty years, the number of political organisations dedicated to the full emancipation of working people and their families and committed to an unequivocally internationalist and anti-imperialist foreign policy, has shrunk uncomfortably close to zero.

In the 1990 general election, two such parties – the NewLabour Party and the Greens – between them accounted for a very respectable 12 percent of the popular vote (219,086 votes). Three years later, those same two parties, now united in the Alliance, won 18.21 percent support (350,063 votes) and two parliamentary seats. (A remarkable feat under the then prevailing First-Past-the-Post electoral system!)

By 1990, Labour, which had once been included among the parties of the New Zealand Left, could no longer be accounted such. Following the policy “revolution” unleashed by David Lange and Roger Douglas, the party had shrunk very rapidly to the point where it could no longer be considered a mass party. The split which gave rise to NewLabour in 1989 left it smaller still.

Perhaps the best that can be said of Labour in the years following 1984 is that it remained relatively progressive on social issues. On the all-important issues of working-class emancipation, redistributive economic justice and anti-imperialism, however, it had shifted decisively to the right – and remains there.

The secret of Labour’s survival as a viable political party, and the reason why so many New Zealanders still think of it as “left-wing”, is due to it being the party people vote for to keep the much more recognisably right-wing National Party out of government. It is this core electoral function which gives it so much political gravity. Inevitably, all its smaller rivals become either orbiting moons (the Greens) or are spun off into the inter-stellar darkness (New Labour).

In other words, Labour, like National, is defined almost entirely by what it is not. The moment either party abandons this essentially negative function – as Labour did between 1972 and 1975, and National did between 1990 and 1993 – they are instantly perceived as threats. Those deemed responsible for turning their parties “rogue” are either removed or tamed. New Zealand democracy, in its essence, is about the voting public enforcing political restraint. Politics as a process of driving radical economic and social change is a once-in-a-lifetime experience.

All those other “progressive” institutions – unions, universities, students associations, the arts – drew their social and economic power from the radical changes ushered in by the first and second Labour governments. For fifty years these bastions of progressivism acted as the guarantors of the social-democratic reforms that gave rise to the Welfare State. It was precisely because they served as social-democracy’s bodyguards that the instigators of the neoliberal counter-revolution of the 1980s and 90s, like so many Mafia hit-men, made it their business to take them out of the picture.

What are the unions of today? Fighters for the rights and living-standards of their members? Hardly! Today’s union is a structure filled with well-remunerated officials holding convivial negotiations with the bosses whilst perched on the backs of workers who have never been so carelessly exploited – nor so indifferently defended.

And the universities? Do they still act as havens for inquiring minds? Are they the fiercely independent guardians and disseminators of their civilisation’s canonical truths? Not really. Today’s university is a white-anted corporate ruin which is only prevented for collapsing into post-modern sawdust by all the neoliberal termites holding hands. Students are paying customers – nothing more.

And the Artists? What have they become? Idiots telling tales only the rich can afford to listen to, and from which the state’s cultural commissars have extracted every last drop of power and pity. In the immortal words of the Kiwi poet A. R. D. Fairburn: “The mushroom grows in the open ground; the toadstool under a tree.”

What else can Jacinda do in a political environment so bereft of imagination and courage but seek a continuance? If she trades upon the extraordinary personal qualities that she has, miraculously, carried with her into the office of Prime Minister, then I, for one, will offer no criticism. In the absence of the great collectivities upon which the historic Left relied to enrich the poor and make the weak strong, progressive New Zealanders are left with an intelligent, kind, brave, and very competent young woman.

To the question posed in the Third Referendum: Should Jacinda stay at the helm of our ship of state – yes or no? I’ll be standing on my desk and shouting: “Oh captain, my captain, yes, stay!”