For me, one of the most interesting insights to National Party voters was the 2013 poll that found 70% of National Party Voters didn’t know anyone unemployed.

That stat alone suggests a political culture that is more gated community than diverse reflection.

Asked how good a job medical professions have done in controlling the spread of the disease, responses showed there was a difference depending on party preference.

Amongst Labour supporters, 96 per cent agreed medical professionals have done a good job. But for National supporters, the figure was 69 per cent.

The difference was even starker when asked if the Government’s overall response was successful.

Almost 98 per cent of Labour supporters said the response was successful, but for National supporters it was only 40 per cent.

…National Party voters are so bigoted that they view the Government’s success at keeping us safe from the pandemic as a negative!

There is actually no difference between National voters hating on Jacinda and Republicans hating on masks, it’s part of the same one eyed polarisation.

Think I’m being too mean on National voters?

Let’s look at their own words shall we? 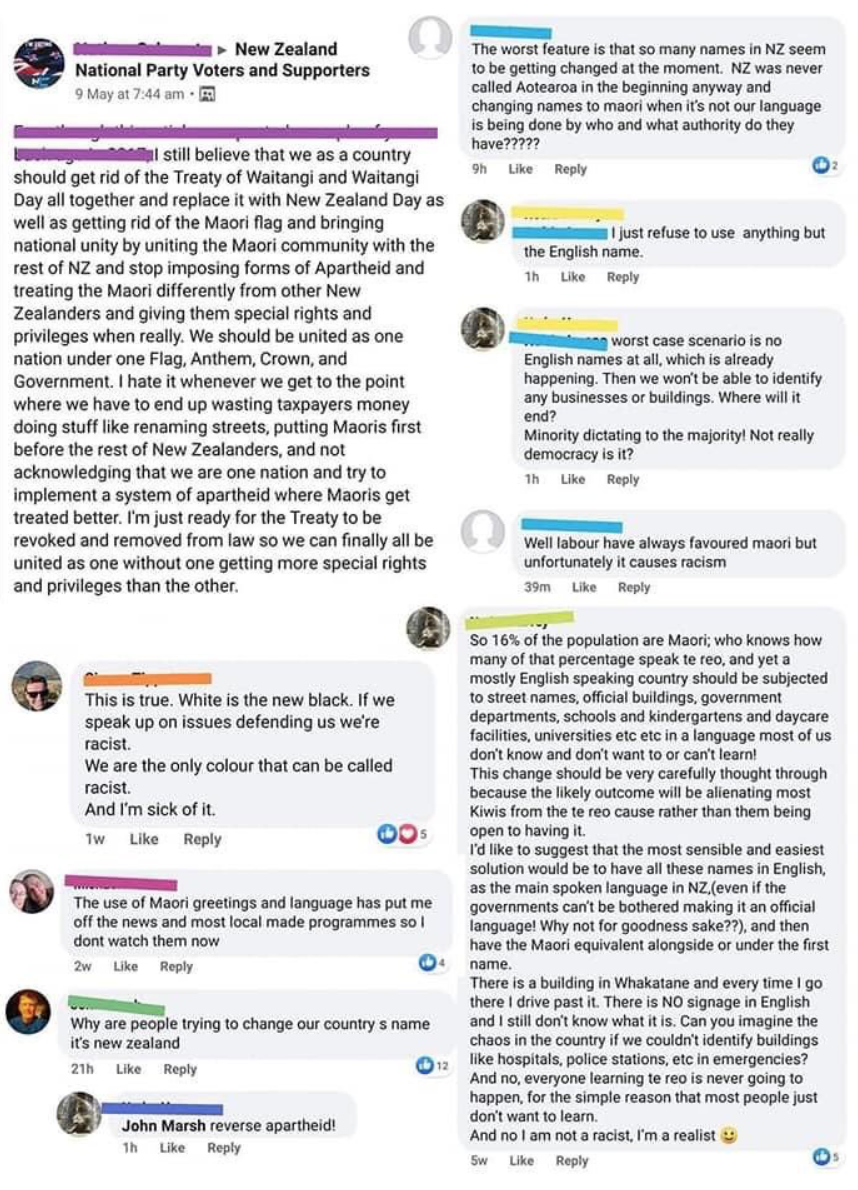 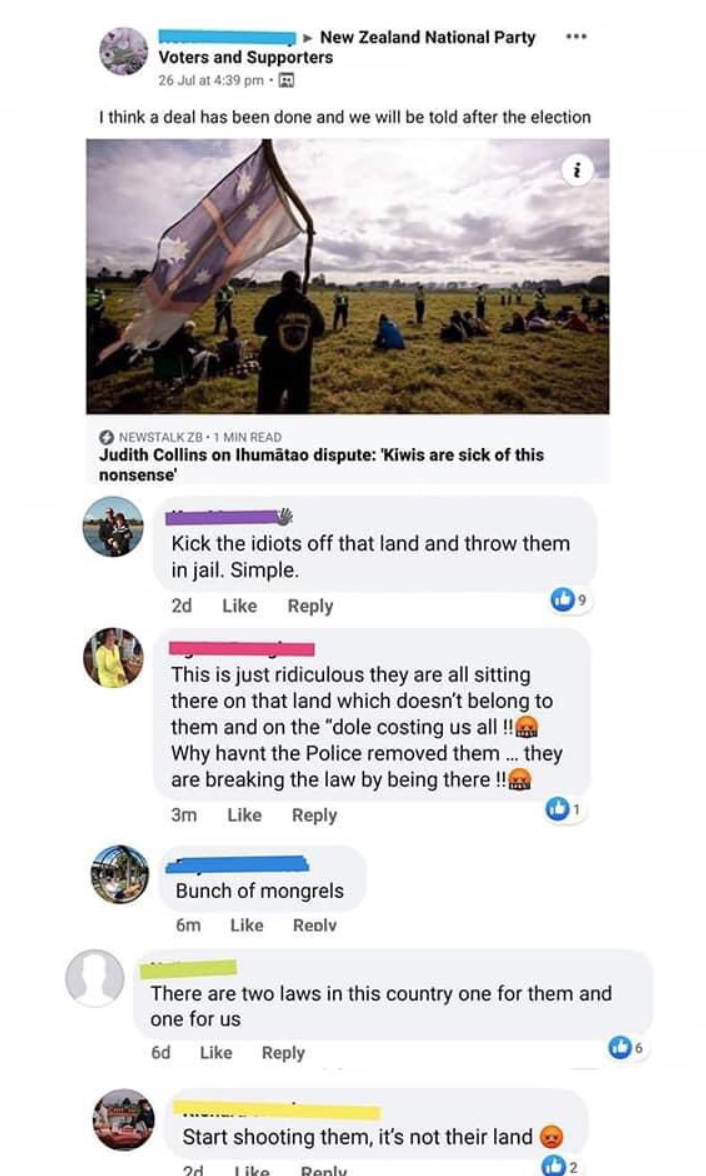 The National Party have responded by distancing themselves…

National has shunned a Facebook page claiming to be in support of the party, saying it doesn’t condone the racist and sexist comments being posted.

…it’s funny that the National Party are shunning this page when there are National MPs following that Facebook page.

What the Right in NZ can not comprehend is the solidarity the lockdown generated – they are all selfish individualists, they can’t imagine what feeling bonded for the common good actually fells like, that’s why they are floundering.

The only people voting National this election are those who call the PM ‘Cindy’, get irrationally angry anytime Neve is mentioned and who think ‘Crusher’ is a great nickname for a political leader.

There is no honour in voting National this election.