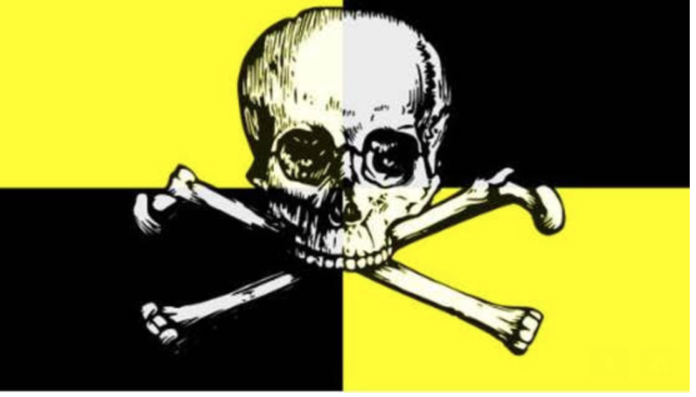 DOES THE NATIONAL PARTY now constitute a threat to New Zealand’s national security? The recent conduct of persons belonging to the National Party suggests strongly that winning the forthcoming election has become an objective to be secured at any cost. National Party members and supporters no longer appear to regard the existence of legal and/or moral prohibitions as a good enough reason not to engage in actions likely to cause serious harm to New Zealand citizens – if that is what it takes to win. Under these circumstances, wouldn’t the country’s national security apparatus be well-advised to assess the threat of a rogue National Party supporter deliberately restarting the community transmission of Covid-19 as high?

Patrick Smellie, writing in the Herald on Sunday (12/7/20) sets out National’s predicament with clinical precision:

“Only two things can now save Todd Muller and the National Party from the growing likelihood of a crushing defeat at the September 19 election.

“Only one of them is in their control.

“The uncontrollable element is the potential for a severe enough pre-election Covid-19 outbreak to require a lockdown.

“A lockdown would change the current political dynamic, in which the Government’s broad success in keeping the virus at bay is fuelling its stratospheric poll ratings and overriding the political damage caused by the tendency for a few New Zealanders quarantined in hotels to break out of their gilded cages for a trip to the shops.

“Another lockdown would be a massive blow to the optimism and emerging economic confidence that comes from hoping we can live somewhat normal lives while the rest of the world is in chaos. When did you last hear someone complain that NZ should be following Australia’s lead?

“A lockdown, even if only regional, would also postpone election day, giving National more time to regroup.

Smellie is to be faulted only for his inability (or unwillingness) to think the unthinkable. Because, of course, the re-commencement of Covid-19’s community transmission is very far from being an “uncontrollable element”. With sufficient motivation, any individual or organisation is capable of arranging for the virus itself (everything is available on the Dark Web – if the price is right) to be released. Or, alternatively, of smuggling-in someone infected with the virus (luxury yacht meets powerboat outside the 12 mile limit) and allowing them to move freely among unsuspecting New Zealanders – becoming the sort of “Super-Spreader” responsible for throwing the Australian city of Melbourne back into lockdown.

“Oh, come on!”, I hear you say, “The Nats aren’t that bad! This is paranoid political partisanship at its worst.” To which I would reply: “Mate, you haven’t being paying attention!”

“The last few days have underscored for me the unhealthy relationship I have developed with politics. For 47 years, I have devoted much of my professional and personal life to supporting the Party that for me has always represented the ultimate kiwi values of hard work, reward for effort, self-reliance and compassion. Unfortunately, this passion has put me on a self-destructive path. This was confirmed for me as I wrote to Michael Heron QC last night to advise him that towards the end of June I had sent several emails to Michael Woodhouse comprising notification of a small number of then-new Covid19 cases. My decisions to share this information were wrong, driven by my distorted view that providing that information would help the National Party to hold the Government to account. In fact it was harmful, not helpful, and it is time that the National Party and I parted ways.”

I suppose we should be grateful that, at the end, Boag was granted a small measure of self-awareness.  Not enough, seemingly, for her to openly concede the extraordinary breach of public trust (and quite possibly the law) which her unauthorised release of confidential patient data represented – but at least there was something.

Boag is very far from being alone on that “self-destructive path”. Many National Party MPs, members and supporters have trodden it before her – and with her. What leads them there is what drove the retired army officers who founded the National Party, way back in 1936: an abiding fear of “the wrong people” taking control of New Zealand’s destiny. To prevent that from happening: or, if it’s already happened, to end it as swiftly as possible; has always been the National Party’s raison d’être.

To destroy the capacity of “the wrong people” to play a decisive role in shaping this country’s future, the First National Government (1949-1957) led by Sid Holland (a former member of the far-right New Zealand Legion) was willing to engineer a crippling industrial dispute on the wharves, declare a state of emergency, and abrogate the democratic rights and freedoms of New Zealanders for 151 days.

To hold the crucial “marginal provincial seats” he required to retain office, the National Party Prime Minister, Rob Muldoon, made sure that the planned New Zealand tour of Apartheid-era South Africa’s racist Springbok rugby team would proceed. He was confident that the 56 days of angry demonstrations the tour was bound to provoke, and the deep social divisions they were bound to open up, would secure him sufficient votes – in the towns and cities where they counted most – to win the 1981 general election.

Throwing their country into civil strife, and damaging its economy, is nothing new for National. The preparedness to do whatever it takes to keep the wrong people in their place (i.e. out of power!) has been part of the party’s DNA for 84 years!

And, from National’s perspective, the case is easily made. If something isn’t done to rip away the huge public support Jacinda Ardern’s handling of the Covid-19 crisis has won – both for herself and for Labour – then National will lose the election. If that happens, then there is a real possibility of Labour and the Greens ushering in the “transformation” which, for the past three years, only the presence of Winston Peters and NZ First in the Coalition Government has been able to keep at bay. Unfortunately, that sort of luck cannot be relied upon forever. If 19 September brings a Labour-Green victory, then the wrong people, with the wrong policies, will be returned to power at precisely the wrong time.

On Sunday morning, Todd Muller’s deputy, Nikki Kaye, described to Q+A’s Jack Tame, her friend and mentor’s, Michelle Boag’s, extreme distress at precipitating such a destructive political scandal. “She was in tears”, Kaye protested. “We are talking about human-beings here!”

If history is any guide, however, not everyone in and around the National Party is quite so prone to Kaye’s sentimentality. Michelle Boag did what she did to help National win. It wasn’t enough. More is required.

POSTSCRIPT: Just as I was finishing this post the news broke that the Serious Fraud Office is investigating Labour for possible breaches of the Electoral Act in 2017. It would seem that the “more” has already arrived. – C.T.