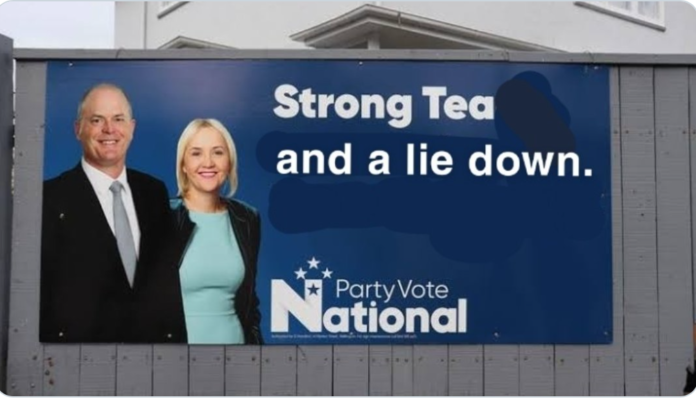 Could you imagine if Jacinda told ZB that she couldn’t do an interview because she needed a ‘cup of tea and a lie down’?

Could you imagine if Jacinda told Duncan Garner she couldn’t do an interview because she needed a ‘cup of tea and a lie down’?

Could you imagine if Jacinda told Tova O’Brien she couldn’t do an interview because she needed a ‘cup of tea and a lie down’?

Each of those media outlets would immediately claim the PM was ill, sick, too tired, too weak, couldn’t handle the jandle. It would be evidence that she was on her last legs, in the case of Hosking and Garner there would be elements of outright sexism in their attack, actually Tova would do that as well.

If Jacinda had used that excuse with any of those media outlets it would be leading the news today, I’ve looked at the media this morning, there’s no mention of Muller turning down an interview on a  friendly media network because he needed a ‘cup of tea and a lie down’ anywhere.

The despicable double standards employed by the mainstream media when it is the Left vs the Right is truly outrageous in this country.