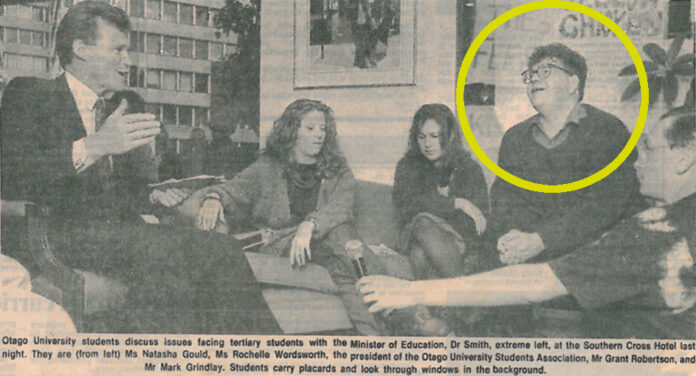 Schools stripped of international cash going back to basics

Macleans hosts around 300 foreign students, each paying $19,500 for the privilege – a total of about $5.5 million – and that money goes straight into the discretionary spending coffers, effectively doubling the school’s operating budget.

Sexual violence, racism and exploitation are all prevalent in the halls of residence at Victoria University, according to the university’s student association.

Victoria University of Wellington Students’ Association (VUWSA) has released its submission to the inquiry into student accommodation with students detailing horror stories they have faced while living in halls of residence.

It is part of a national discussion on New Zealand’s under-regulated student accommodation sector.

One student living at Stafford House in 2019, said their bond was withheld because a flatmate left soap and a few food packets in the flat.

…the reality is that Students today have no power.

Since ACT & National made Universal Student Unions illegal, (a piece of law I spoke against at Select Committee in 2010), Student power and voices have been eroded and strangled off.

If Universal Student Unions were reimplemented, Universities and Tech institutes would be forced to listen to them or deal with the backlash.

The exploitation we have allowed to occur here is outrageous and in its second term, the next Labour Government must look to repeal the 2010 law and get Universal Student Unions back so that this exploitation can end.

Here was my 2010 submission against Voluntary Student Unionism:

This bill threatens to undermine the work that student associations do which enriches NZ culturally By pooling resources, student associations create a variety of different spaces where artists and journalists can learn and experiment, and with some great results. Those of us working in the media stimulating debate around political issues and encouraging critical thinking and political participation are also helping to make our democracy better. Students’ associations have made a vital contribution to that work.

This Bill would bring about a series of disastrous results and it would be foolish to discount the negative effects on the arts and media – and all because a few ACT party members are opposed to any kind of collectivism.

I understand some members have been concerned about the impact on Sports teams, I’m concerned with the impact on the arts and politics, all benefit from compulsory student unionism.

For those with real ideological issues with collective representation, they have always had the ability to argue their case and opt out of being a union member, so the gains caused by abolishing the perceived human rights abuse of compulsory student unionism in my mind certainly doesn’t add up.

Student Unionism creates a hothouse for sports, politics and arts, shutting it down because of ideological vanity is unnecessary political vandalism.

I thank the committee for allowing me the opportunity to express my opinion on this issue to you today.

…it’s not just student welfare that needs vocalising. The climate crisis, the need to lower the voting age and a means for young people to have the resource to give their own issues platform are all solved by Universal Student Union Membership.

The time is now to push this issue.