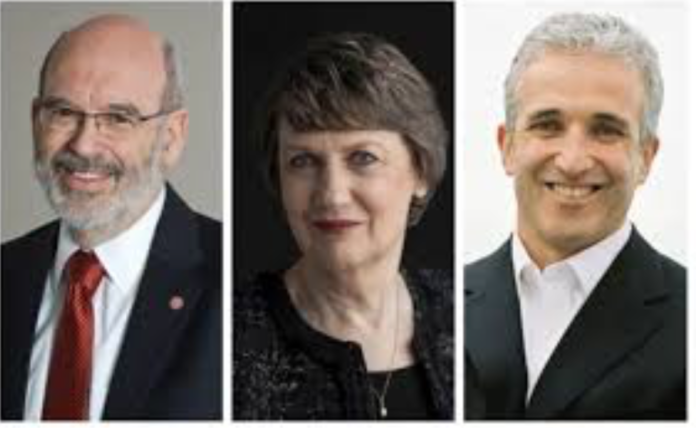 And Helen Clark still Prime Minister. And Rob Fyfe still head of an airline.  Of course, what I am referring to is the document issued under the names of all three via the think tank Koi Tū: The Centre for Informed Futures, which is based at the University of Auckland.  Reading online it is clear to see that the think tank is Peter Gluckman, transported from his previous role, and indeed his previous, previous role, into a new research centre (read: cost centre for raising research funds).

Peter Gluckman is the epitome of an academic patriarch. Wherever one spots him, he has a little group of people around him, listening to him.  He is NOT a conversationalist, but an expounder of knowledge.  Sometimes I agree with him, other times not. But that is not the point, is it? The point is that he looks to influence by hurling thunderbolts of brilliance at agencies.

There have been moments of brilliance. Some people did great research raising significant questions about Housing New Zealand’s policies on methamphetamine contamination in state housing. As Chief Science Advisor, Gluckman parlayed this research into an excellent report which led to a crucial change in policy and practice. But it was mostly all about him. Although he set up a network of science advisors in government agencies, that network lacked leadership and was undeveloped until recently.

The new Chief Science Advisor is a very different sort of person. Professor Juliet Gerrard is a behind-the-scenes organiser who speaks softly and takes her responsibilities very seriously, especially in relation to marshalling advice on the pandemic. The CSA website notes: “Juliet’s vision for the role centres around four qualities: rigour, inclusivity, transparency and accessibility.  She aims to create a trusted bridge between science, society and government.”

Anyway, back to the document which is the topic of this blog. Do not be confused by the title of this document as a “conversation piece”. It may have emerged from a conversation between the three authors but it neither opens up a conversation nor provides much in the way of solutions. It expounds.

It is not a research-based piece either. There are no references.  It came out of the heads of the three people. It was said to be ‘peer-reviewed’ by David Skegg.  But it wasn’t. Peer review relates to a process of understanding a research piece within the context of a field of research.  As I said, it was not a research piece so peer review was not possible.

Is it a brilliant piece? The answer is no.  There is nothing much new in it.  The basic thesis is that closing down our borders is much easier than opening them up again. But open them up we must, at some stage.  If I had written this piece for The Daily Blog, you would barely have blinked.  This is all about the authors, not the content.

I am sure that the Government’s science advice networks, researchers and contractors are heavily into working through the scenarios for re-opening.  I am also certain that, for the time being, people want to stay in New Zealand’s Covid-free bubble.

The trouble with this paper is threefold.  One, it purports to be a research paper from a think tank, but is not.  Second, it appears to have literally come out of a conversation between the three authors, perhaps over a power lunch or something, but uses their names, not the quality of their thought, to give it prominence.

Finally, as I keep saying, the Covid is a highly political pandemic, and this is a highly political think piece.  The battle over re-opening, the economic versus the health, will be played out on the election field. This piece has given ammunition for National to critique the government’s approach.  You can hear Mr Whitebread now, telling the electorate that even Helen Clark, guru of the Labour movement, is urging the government to hurry up and find ways to re-open the borders.

I sometimes use this blog to report research findings.  When I do so I am always clear to separate my opinions from research.  I was therefore shocked to read about the Gluckman et al piece, shockeder (one needs a neologism now and again) to read it and realise it was just an opinion piece, not a research report and absolutely kerfuffled that these authors would dump this piece onto the media, who would lap it up as if God said it. In my view, this report is practically an abuse of power, and certainly a slap in the face for the Government.