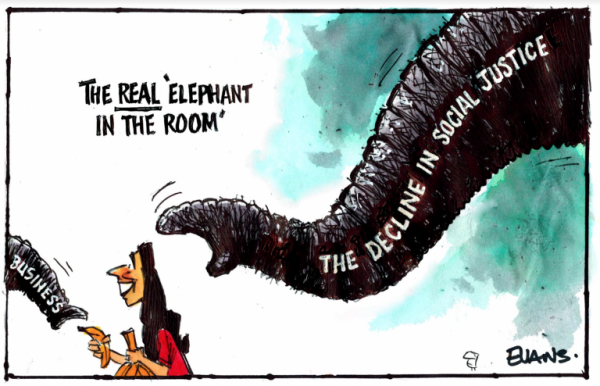 At last there will be attention to the divisive issue of the In Work Tax Credit (IWTC).  From today (1st July) parents no longer have to meet rigid fixed weekly hours of work to qualify for this weekly payment of at least $72.50 made to the caregiver for the support of their children.

At least there is some small progress, after many years of fighting the shortcomings of this tax credit which is supposed to provide support for children and simultaneously alleviate child poverty and yet is denied to around 170,000 of the poorest children.

Families that have insecure and variable hours of paid work will not continue to have that uncertainty compounded by the loss of the $72.50 of  IWTC. But it is expected to help just 19,000 families at a tiny cost of $32 million.  It is a surprisingly timid reform in light of the government’s own projections of increased child poverty in this crisis.

Doubtless, some families will be helped, but the requirement that there must be some hours of  paid work to qualify for the IWTC may rule out others who can’t fulfil the paid work requirement and will make it complicated to administer.

All of this adds to the confusing muddle of measures implemented since lockdown. Parents not in paid work on the wage subsidy have been counted as ‘working’ and they can receive the  IWTC. On the other hand the new COVD19 income relief payment (CIRP) has a requirement for there to be no paid work at all, so the children of these recipients cannot have the IWTC.  However, if the partner of a CIRP recipient is working the family will qualify. Sole parents on CIRP are clearly at an unfair disadvantage.

And what of those poor parents working say 20 hours a week on a part-benefit ? Their children are denied the $72.20/week value of the IWTC. These parents’ paid work is clearly not ideologically acceptable only because being ‘off-benefit’ is another requirement. Absent is any recognition of parenting as valuable though challenging work as many families registered during lockdown

Intensifying the muddle, additional legislation is being introduced to protect the IWTC in the first two weeks of a parent being out of work in the case where is no paid work undertaken.  But what happens then? The worst off will end up on a welfare benefit and their children will lose the benefit of the IWTC.

The concept that a child tax credit is magically a work incentive just because it is called an ‘in work’ tax credit was flawed from the start and proven to be ineffective. As CPAG and others have called for over a very long time period – it must be joined up to the rest of working for families support and paid on the same basis to all  families with children The cost will be about $450 million but there is no more cost effective expenditure that could be made immediately to show the government is serious about the surge in child poverty that is expected.