In an interview with the Immigration Minister Iain Lees-Galloway on Radio NZ last week it became clear that the entire country is now hostage to a bottleneck in the managed isolation/quarantine system that means only 250 people a day can be allowed into New Zealand.
He explained that currently we are able to manage (laugh, laugh) 3000 people in quarantine or managed isolation. That means that New Zealand can only allow 250 people a day to enter.
There are many terrible humanitarian stories of people being stopped from returning to New Zealand who have a right to be here because of their visa status.
But if the system will only allow 250 a day it means only New Zealand citizens and permanent residents were being allowed in.
Of course, there are also exemptions being given to groups of workers who are deemed to have a significant economic benefit by their admission such as the Avatar film crew.
The next group to be allowed in are partners and children of residents who don’t have PR already. After this group the Minister said he was looking at allowing back those without PR who are “normally resident” in NZ.  This group is estimated by Immigration NZ to be around 10,000.
But at the current rate of admission, and with priority being given to returning residents, that could take years. New Zealand needs to radically increase the number of people it is able to admit and put into managed quarantine or managed isolation.
Only after we have brought back those people “normally resident” in New Zealand can we consider opening up the tertiary education sector to private students.
It is good that the government has recognised that this group of ordinarily resident New Zealanders should be admitted. These are people who have made their lives here over a decade or more renewing visa after visa and may even have children born here. This group in New Zealand should also be fast-tracked for residency if they want it.
I am very concerned that we have gone to Level 1 with no real system of contact tracing in place and having mass gatherings with no social distancing involved. I am very concerned that New Zealand seems to be the only country in the world that does not encourage the wearing of masks on public transport at least.
The entire health system had been weakened over decades to the point that as a country we were lucky to have dodged the bullet of widespread community transmission. We did not even have a decent supply of proper protective gear for an emergency that everyone knew would happen one day.
That means the border is our only protection.
But the embarrassing failures around managing the 3000 currently under supervision make it urgent that a new culture be imposed on the system. The rules needed to protect NZ from Covid are simple. They just need to be imposed.
That also means a dedicated government agency managing the process. No one comes to New Zealand unless they accept the rules. Everyone gets tested when they arrive and before they leave isolation. Isolation/quarantine is rigorous. Humanitarian exceptions can be allowed but they should be under constant supervision even when attending a funeral.
The problem appears to me that we have turned the entire country into privatised parts and we lack a dedicated public service that can step up and take on tasks vital to our development as a country. This includes setting up simple isolation and quarantine facilities and managing them effectively. Hotels and security companies formed to make a profit not provide a public service with staff with little training on the minimum wage are given responsibility.
In the public services everything has been privatised as far as possible through contracting out whatever they can. Even government owned companies like Air NZ and NZ Post and most power companies are forced to operate as for profit capitalist enterprises rather than be part of a public service.
In the end the government was forced to turn to the military to take over and run the quarantine-isolation system. That is a massive admission of failure in our core public service. It is a product of decades of running everything, including the health system, as if it was a business and not a service. The health service became simply cost centres that needed controlling. Bureaucratic management and cost cutting was imposed.  Whole new layers of management were imposed to count every bean being used at least three times. Front line health workers were treated as a problem to be controlled, disempowered and poorly paid. National planning around democratically determined health outcomes was abandoned. Elected health boards actually had no power over often out of control and even corrupt chief executives.
I have no confidence that the proposals in the new report on Health and Disability Services will address these key problems. Funding needs to be radically improved and guaranteed. A national health plan needs to be discussed and agreed in a democratic process involving workers and consumers, especially Maori who have been systematically neglected. Health system workers need to be an important part of the management boards and also be trusted to run their workplaces in the interests of us all. 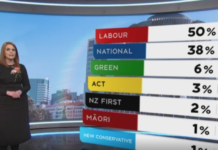 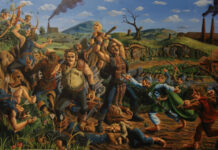 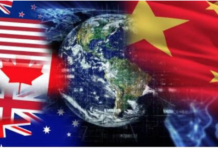