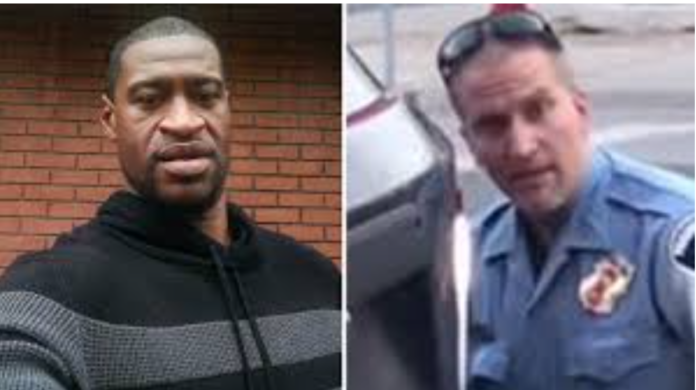 It’s easy to take a look at those, and just make an auto-leap; in fact, a series of auto-leaps. Either to the obvious “so that’s what killed him”, if you’re looking for an alternate causation that’s not knee-on-neck prime; or, more insidiously, “no great loss, then”, if you’re suddenly less bothered a man’s dead because that’s what the tox-screen says was in him.

Except here’s the thing. Those numbers are just that. Numbers. There’s no context to them – and no real way of checking, in the absence of better data, what they actually tell us or hide from sight.

They don’t necessarily support the conclusions some people are quite keen to jump to. And the fact that people citing them aren’t taking a bit more of a critical look before speaking, is concerning.

For a start – unless I’m mistaken, levomethamphetamine containing decongestants are still over-the-counter available in the U.S.

If he was suffering from Covid-19, it’s not unreasonable to presume he might have made use of just such a medication.

Even though it’s the other isomer from dextroamphetamine, it’ll still show up as meth in a lot of tox-screens.

Funnily enough, a few years back, an actress called Brittany Murphy had something like this happen. Died of pneumonia, and initially due to tox-screen results, it was also chalked up to polydrug intoxication .. with the usual “actress ODs” type inferences. Except that wasn’t really what happened – everything that turned up in the tox-screen was legally there, including the (levo)methamphetamine. She’d had an illness, taken something over-the-counter for it [in addition, to be sure, to several other medications for other conditions she was also suffering from at the time] … and yet if you just looked for the presence of methamphetamine in her system without understanding why it was there, you’d come away with the conclusion that she was a recreational practitioner of the glassware barbeque.

Back to George Floyd.

The level of meth stated to have been found in his blood – 19 nanograms per millilitre – is pretty low. However, in the absence of more and better data, we can’t really determine much more about this, in terms of why it might have been in his system, whether it’s a false positive, or simply an over-the-counter decongestant doing what it was supposed to do.

Although what I will say is that the lack of amphetamine (as opposed to methamphetamine) detected in his bloodstream, would support either a very low recent dose, or a somewhat larger dose some time ago (like, days); either because there’s been insufficient time for the meth to metabolize to amphetamine in the former possibility, or because enough time has passed that the meth metabolized to amphetamine has been eliminated from his system to a point below a detectable level leaving only residual meth.

As applies the fentanyl … there are further potential complications.

There are several legitimate psychiatric medications that can cause false-positives in tox-screens for fentanyl; although given the presence of norfentanyl and 4-ANPP, that’s perhaps less likely (but still not impossible).

Assuming that it’s not a false-positive, 11 nanograms fentanyl per millilitre of blood would be notably at the higher end of the therapeutic use spectrum (although significantly within the range wherein if it were to come up at an autopsy it would ordinarily be held to be ‘incidental’ to cause of death).

However, this is considerably complicated by a number of factors – including the way in which fentanyl (particularly if patch administered) stored in fat, muscle, skin etc. can start to leach into the bloodstream as tissue breaks down post-mortem. Which effectively means there’s no definitive way to tell post-mortem how much fentanyl was actually in the deceased’s bloodstream pre-mortem.

All up, it’s a finding that probably doesn’t indicate what either ‘side’ were hoping for; but which again – is too ambiguous in multiple senses to be heavily read into.

Now it should also be noted that there are some further issues with the precise reliability for quick-return post-mortem drug-screening. So if I was actually particularly interested in the contents of George Floyd’s blood-stream, I’d be awaiting a more full and comprehensive workup using better assessment techniques.

But frankly, I’m not that bothered about it – because I think that regardless of whether or not there’s a literally microscopic residue of an illicit drug in the man’s system … that wasn’t the but-for causation for the death.

But-for a pretty bizarre extended knee-on-neck there wouldn’t even have been a post-mortem tox-screen for us to pour over through the press.

And frankly (further), it feels kinda ghoulish for that to happen in the first place – the contents of a man’s blood as a substitute for the man’s being .. being sifted through by people looking to turn a sample-slide into a two-dimensional cut-out for an agenda.

There isn’t much dignity to be had in dying, face into the pavement, on camera (although it can perhaps be argued that thousands chanting your name turning you into a symbol … may or may not possess a dignitas all its own); and having total strangers on the internet idly prognosticate as to whether you might have been on several kinds of psych meds, or run through a half a dozen other potential explanations for your blood-stream contents (up to and including the dreaded and dehumanizing label of “addict”) .. feels like a set of degradations further.

I wouldn’t be indulging in it, except for the fact that – as I say – I’ve already seen a number of people do so, and far less critically (or, if you prefer, far less ‘charitably’ to other potential narratives, other potential explanations than the ‘easy’ and convenient one for some).

There may be (partial) answers to the underpinnings of George Floyd’s death to be found in this autopsy report. Of course there are. It would be difficult to deny that possessing an already-impaired cardiovascular system … would hardly improve one’s odds of coming away unscathed from spending eight minutes plus with your neck weighed down under a full-grown man’s knee.

But that’s just precisely the point. Now that another autopsy’s out, people looking to distract from that curious knee which now protrudes through our current affairs and future history books – people are going to latch on to various ‘displacement narratives’ which can be even semi-feasibly extrapolated out therefrom.

Because, I suppose, the idea is it’s easier to feel less compassion for somebody who theoretically ‘brought it upon themselves’. Except not by, say, having a high-fat diet like many Americans. There’s still too much for much of the audience to empathize with there.

Instead, it’s back to the 1980s by fitting the victim into a pre-designed bete-noir role in the story of the “man on drugs”. Something that would have been (and was) said regardless of whether there was any proof of anything in his system to begin with.

Perhaps I’m a soft touch – but I still don’t think anything contained in that autopsy report means that he should have died like that.