He was referring to the disagreement between Deputy Prime Minister Winston Peters and Prime Minister Jacinda Ardern over the speed at which New Zealand should come out of alert level 2, which limits the size of gatherings.

Ok, firstly, Muller is openly flirting with Winston and then claiming the coalition with Jacinda is dysfunctional?

That’s like taking marriage advice from the adulterous secretary from ‘Love Actually‘. 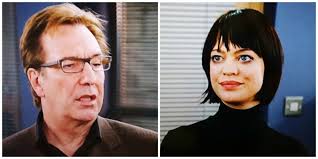 Secondly, good riddance to Winston because with Labour gaining 55%+ in the last 3 consecutive Polls Jacinda doesn’t need him.

And thirdly, who the hell is Muller, fresh from knifing his former leader and having his own MPs leak anything and everything over the last two weeks in any position to lecture of functional relationships?

Muller calling out dysfunctional relationships is like Trump lecturing on intersectional feminism.