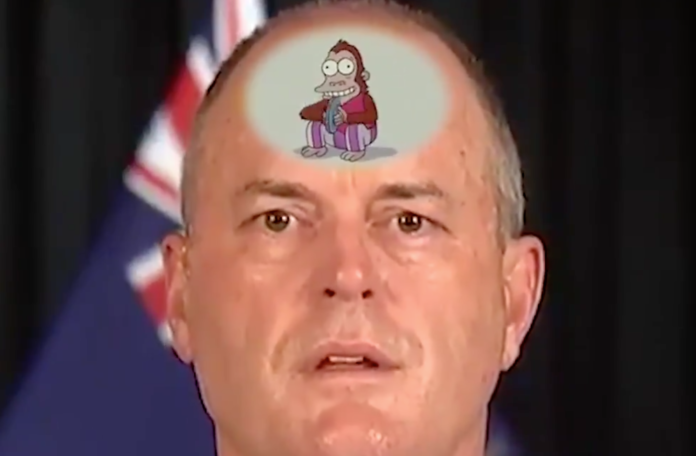 Muller is a disaster.

A train wreck of privilege with all the false confidence of a tall man.

But National supporters have to grip onto 3 myths to get through the next 111 days until the election.

This is the main myth National supporters are holding onto, that the economy is headed towards doom and voters will blame Labour for being too strict with lockdowns.

This is optimistic to the point of delusion.

NZers just experienced a unique shared experience and an overwhelming 90% of the population agreed with Labour’s stance.

That 57% to Jacinda represents a sea change in the psychology of the electorate and begs the question, ‘who will voters turn to as the economic armageddon deepens’?

Will they turn to National who are offering nothing more than a group of people they want to bash (beneficiaries, prisoners and gang members) or will voters turn to Jacinda who is promising kindness and welfare wage subsidies?

I think voters will cling to Jacinda and will see in Muller the steely eyed wealthy boss man who turns up to mouth words of concern while slitting the throats of those that management have considered dead wood.

2: Nuthin’ wrong with being White and no one will care about MAGA hats:

The line Hoots is seeding with right wing pundits is that NZers will forget the MAGA hat fiasco and 50 shades of white omnishambles to focus on the real issues come the election. What this desperate attempt to gloss over Muller’s disastrous first week misses however is that Muller himself is a terrible candidate with all the media skills of David Shearer. Put aside the hat and diversity issues and Muller was incapable of articulating any policy platform or any justification whatsoever as to why anyone should vote National. That’s not a first week blunder problem, that is a Leader so used to never being challenged that he loses his rag at journalists. Even if you forgive Muller’s self inflicted cock ups, he doesn’t actually have the talent to lead.

While it is certainly true that Labour’s front bench is less a talent pool and more a talent puddle, the nature of American Presidential styled elections in the NZ modern age means voters aren’t electing cabinets, they are electing leaders! National apologists want to tell voters they shouldn’t focus on Muller, but focus on the team he leads, well, if we do that the dazzling lack of diversity becomes the immediate focus!

Toddy’s first week has been a bit rough so far 🙁
Here’s a tribute to my new fav meme pic.twitter.com/CovLybtoZ9

The philosophical contortions National apologists are bending themselves in to justify this incompetent coup will be as enjoyable as listening to them explain why National crashes and burns at the election.

This coup was driven by desperate cowards who feared they would lose their jobs, as such it is hollow and vacuous.