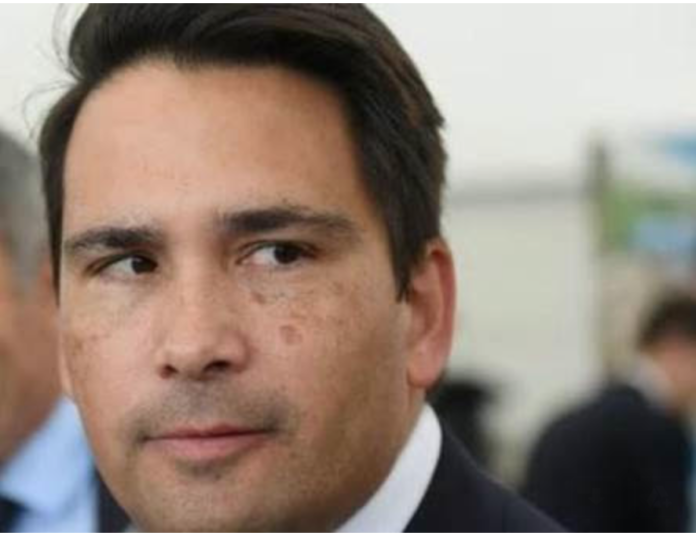 WHO WILL EMERGE from Friday’s emergency meeting of National caucus as the party’s No.1 and No. 2? Will it be the incumbents: Simon Bridges and Paula Bennett? Or will the election of Todd Muller and Nikki Kaye signal National’s return to a kinder, gentler conservatism? Does Judith “Crusher” Collins’ very public renunciation of her leadership ambitions indicate her intention to swing her support behind Bridges and Bennett? Or, is she backing Muller and Kaye in return for the crucial Finance portfolio? Are Collins’ supporters even numerous enough to swing this contest, or will Mark Mitchell’s handful of votes be required to nudge the eventual winners over the line? If so, what will Mitchell’s price be?

On the face of it, the election of Muller and Kaye is a no-brainer. New Zealanders are clearly in no mood for a “dirty little street-fighter” and, if the polls are any indication, resent strongly Bridges’ implication that they are. To be at all competitive with Labour, National needs a radical change of faces. Beating Jacinda’s “Kindness” will require of the Right a credible presentation of “Kindness+”. In the best of all possible contests that “plus” would be “Wisdom”. In its present mood, however, the best “plus” the Right is likely to offer the voters is “Competence”.

Like everything in electoral politics it will all come down to numbers. Who has them and who doesn’t. In the February 2018 caucus contest that gave New Zealand the Bridges/Bennett combination it seemed pretty clear that the liberal wing of the party backing Amy Adams didn’t have the numbers. The question to be answered now is whether or not the 27 months under Bridges/Bennett have convinced enough of National’s hard-liners that dirty street-fighting is not going to win them back the treasury benches. If the polls have sufficiently spooked them, then they may be persuaded to reluctantly shuffle left. Unspooked, they will keep their nerve and wait for Covid-19’s economic shit to hit the fan.

Empirically, the hardliners can point to the impressive solidity of National’s public support across all but a few of those 27 months (the big exception being the period following the Christchurch Mosque Shootings). They might also cite the salutary impact of Bridges’ dirty social media street-fighting on Labour’s popularity. Unbuttressed by crisis and calamity, they can fairly argue, Jacinda Ardern and her colleagues are sitting ducks. Thinking of political feather-brains like Phil Twyford, David Clark and Kelvin Davis it’s hard not to agree!

Those hardline Nats with a bent for military history might compare National’s position with that of the Germans at the Battle of the Somme. The Covid-19 health crisis, like the British artillery’s horrendous opening barrage, has indisputably shaken the defenders’ confidence – but has it been destroyed? When the whistles blew and the poor Tommies rose out of their trenches and began moving steadily across no man’s land towards what they had been assured was a pulverised enemy, the German machine-gunners mowed them down like corn. Substitute utter economic carnage for those German machine-gunners and the analogy becomes strikingly clear.

The problem with political hardliners of every stripe is that they lack the flexibility of mind to put themselves in the position of their opponents. Not being able to imagine – and hence anticipate – what their enemy might do to thwart their plans, they are rendered incapable of adapting fixed strategies and tactics. The National Right has convinced itself that the Coalition Government lacks the experience and talent required to steer New Zealand safely through the Covid-19 induced recession. Confronted with ever-increasing numbers of failed businesses and unemployed workers, they see Jacinda and her colleagues freezing in the headlights of the Right’s oncoming truck. As far as National’s hardliners are concerned, all they have to do to win is make sure those headlights are kept on full-beam.

What they have singularly failed to grasp is that, as Laila Harré observed on Q+A on Monday night, the Covid-19 emergency has elevated Jacinda well above the plane of a mere party leader or prime minister. It has transformed her into New Zealand’s leader: the woman credited with doing the right thing to defend her people by an astonishing 92 percent of Reid Research’s respondents. A political dynamic is operating here that goes way beyond mere partisanship. Jacinda has not only changed the way her people look at her, she has changed the way she looks at herself. You cannot bring down such leaders, you can only wait for them to fall.

Jacinda does not have to do anything more between now and 19 September than urge New Zealanders to endure the pain. Like Winston Churchill in 1940, she need offer them nothing more in the immediate term than “blood, toil, tears and sweat”. But, if they can hold out in these fortunate islands; if they are willing to give her and Labour the votes they need to finish the job of rebuilding and recovery; ah well, then, in Churchill’s wonderfully evocative words: “the life of the world can move forward into broad sunlit uplands”. This is the new reality that the National Opposition has to grasp: that Labour does not need to win the battle of the present, if it has already won the battle of the future.

Which is not to suggest that Jacinda and her government are incapable of slipping and falling. Unanticipated obstacles, new disasters, may yet send dark clouds scudding across those sunlit uplands. If they do, then who is better placed to comfort and inspire their dispirited compatriots: Simon Bridges and Paula Bennet, or Todd Muller and Nikki Kaye?

There have been times in New Zealand’s political history when its more conservative citizens have been in the market for “a dirty little street-fighter”. One thinks of Sid Holland, who tamed the militant unions in 1951. Or Rob Muldoon in 1975, promising conservatives New Zealand the way they (not the Left) wanted it. In 2005, it was Don Brash who asserted the rights of “Kiwi” over “Iwi”. These were the leaders chosen by National for times of “Us” versus “Them”.

These are not such times. The Covid-19 global pandemic of 2020 has brought the New Zealand people closer together. They are not looking for a National Opposition determined to drive them apart.