Last nights explosive Newshub Poll that put Labour on a  staggering 56.5% makes real internal polling that has hinted at the exact same momentum.

As TDB warned at the beginning of the pandemic, Jacinda’s incredible leadership has sucked the oxygen away from everyone else.

As TDB has been pointing out for sometime, this is particularly dangerous for the Greens.

Weka over at The Standard has made some feeble defence of the Greens after I asked whether they were even relevant any longer.

Last nights poll buries Weka. The Greens are worse than irrelevant with Labour on 56.5%.

What Weka and the other woke Green Party apostles won’t ever explain is why over the last 3 elections the Green Party keeps going backwards?

In this latest Poll they are at a pathetic 5.5%

I have been arguing that the reason the Greens could fall beneath 5% and crash out of Parliament in 2020 is because their woke middle class identity politics is now less about environmentalism and social justice and is more about pure temple politics where inclusion is via exclusion.

The Trans mantras, the fourth wave feminism, the non binary activism all combine to create an alienating virtue signalling mish mash of activism extremes that believes every man is a rapist, all white people are racist, anyone supporting free speech is an actual Nazi, everyone not vegan a planet killer and everyone who doesn’t embrace their definitions of diversity is a child hating monster.

Of course the Greens have to be focused on social justice and environmental justice, but the issues the Greens have championed are so fringe there isn’t an electorate beyond their 300 Wellington polyamorous friends on Twitter.

The Greens have become so bogged down in middle class identity politics that they don’t know if they are Arthur or Martha, and if they did know, they would be a 6 month hui to debate pronoun use.

The Greens now are like a dinner party at The Spinoff where you get stuck between Toby Manhire and Lizzie Marvelly arguing over who hates men the most.

At some point during their heated debate, you just wish for death.

It’s not just the alienating mommy blogger qualities of the Greens and their online de platform woke social media lynch mobs, it’s the basic competency of the Greens. They are radical on everything except climate change!

Marama wanting to reclaim the world ‘Cunt’, Minister Sage allowing the Chinese to keep stealing water, their decision to give their Parliamentary Question to National and the absurdity of James Shaw pretending that doing something maybe in 30 years to be carbon neutral is somehow a solution to the climate crisis all combine to produce a Party whose woke self-righteousness is as intolerable as their incompetence.

In 2018 Marama went on a Twitter tirade demanding men who didn’t agree with her should delete themselves, I suspect come September 20th she will have been hoping that some of those voters didn’t delete themselves. 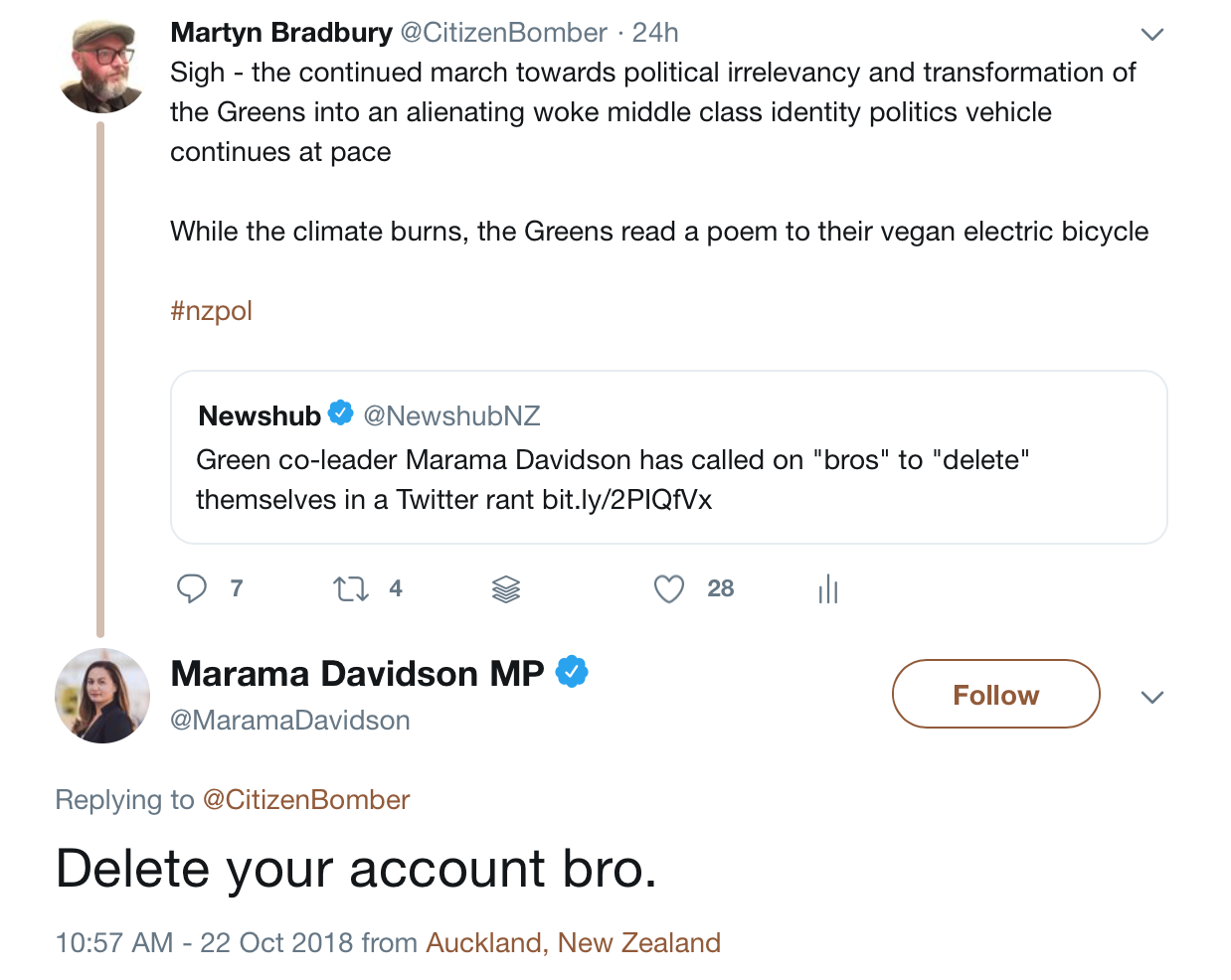 It is an urgent point to make that if the Greens manage to do more poorly than their terrible 2017 result  that Marama Davidson and James Shaw must immediately step down as leaders of the Party. 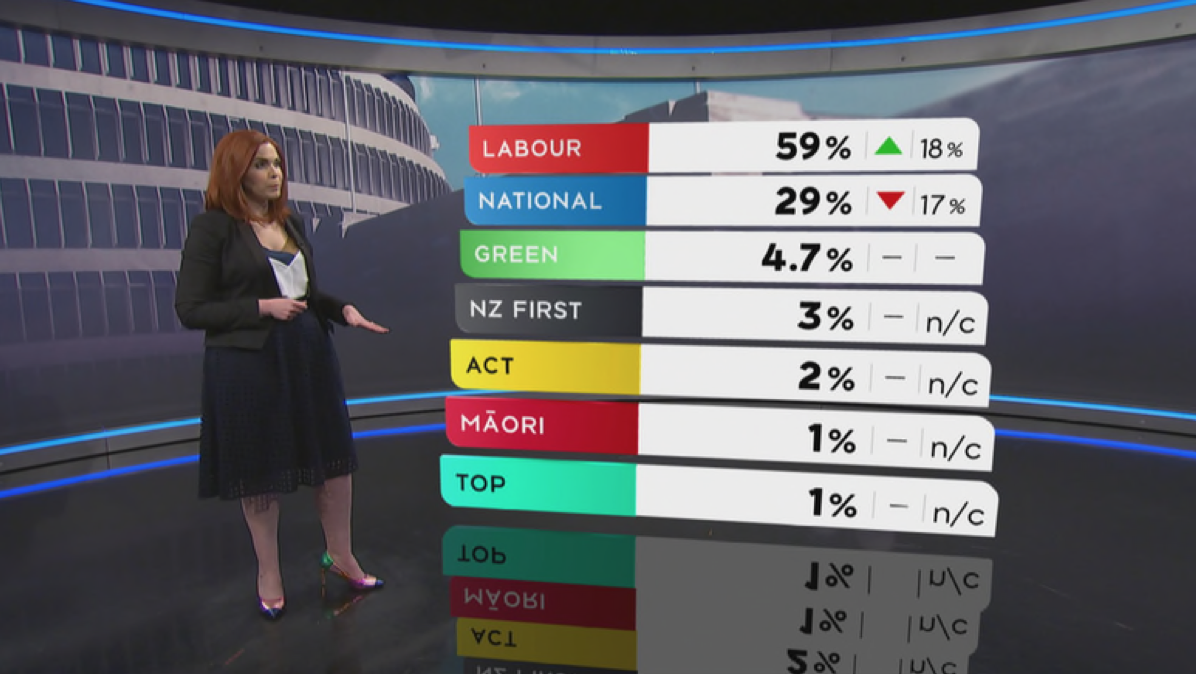