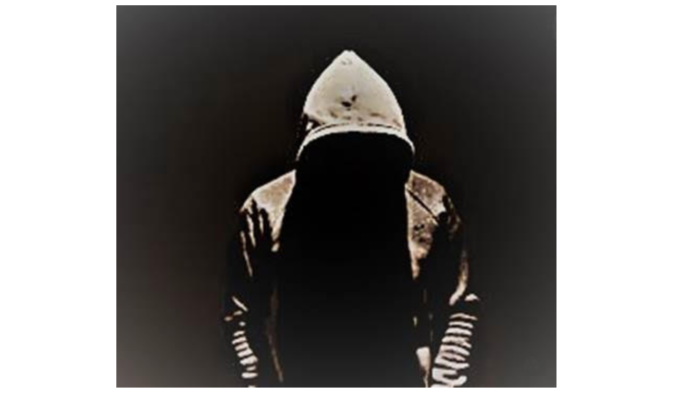 TO SAY the Left’s reaction to Grant Robertson’s “Recovery Budget” has been mixed would be a considerable understatement. Everyone from Mike Treen and John Minto to Susan St John and Gordon Campbell have criticised the Coalition Government for failing to piggy-back a socialist programme on its economic response to the Covid-19 recession. To which I feel obliged to call: Bullshit!

Had Jacinda Ardern and Grant Robertson followed the advice of those who are now so loud in their condemnation of the Budget, their 26 percentage-point poll advantage would have evaporated practically overnight. Why? Because the additional 10-15 percent of popular support Labour appears to have attracted over the past two months can only have come from former National supporters. How long, I wonder, do Labour’s critics on the Left suppose these people would have stuck around had Jacinda decided to go all Jeremy Corbyn and Bernie Sanders on them? That is not a trick question. The answer is – not long at all.

The bad news wouldn’t have stopped there, however, it would just be getting started. Can Jacinda’s and Grant’s critics not imagine how right-wing commentators like Mike Hosking and Matthew Hooton would have seized upon the Government’s sudden lurch to the left as proof of its fundamental dishonesty. Oh yes, they may have pretended to be responsible managers of the New Zealand economy, but when the crisis/opportunity came – in the form of a critical public health emergency, for God’s sake! – they fell upon it cynically to implement a radical agenda – the full content of which they had concealed from the electorate.

And what about that NZ First, eh? What about Winston Peters! That sly old fox had been a radical socialist all along. Forget about the Manchurian Candidate – this guy was the original Moscow Sleeper! And the rest of his caucus – what consummate actors! Ron Mark a socialist – who knew? I mean, the Greens never made the slightest effort to hide their radical credentials – and didn’t NZ First give them stick for it. That decision, back in 2005, to keep the Greens out of government: what a masterstroke! Put everyone off their guard. Talk about your long-term, far-left agenda.

Yes, I’m being facetious, but only to remind this government’s left-wing critics that it is a coalition; and that one of the constituent parties of that coalition was formed by a former National Party cabinet minister. Which is just another way of saying that even if Jacinda and Grant had been foolish enough to try and drive through the measures demanded by the radical Left, Winston would have vetoed them. Would that have broken up the coalition? Yes. Would Winston and NZ first have suffered for pulling the emergency hand-brake? No. Would Labour and the Greens have been punished electorally? Yes. Would Simon Bridges have become New Zealand’s next prime minister? Of course.

Now, I’ve been around long enough to know exactly how the radical and revolutionary Left would answer these arguments. They would say that driving all those cross-over Nats back into Simon’s waiting arms wouldn’t matter, because the political consequences of a radical left-wing response to the Covid-19 induced recession would, on balance, be favourable to the Government. All those beneficiaries whose lives would have been improved immeasurably by its decision to implement the Welfare Expert Advisory Group’s recommendations, for example, would have turned out in their droves to re-elect Jacinda and her colleagues.

This is yet another iteration of the “Missing Million” argument: a political proposition that the Left has been kicking around for at least the last three general elections. Give the poor and marginalised something to vote for and they will reward their political benefactors at the ballot-box.

Increasingly, electoral politics is an activity restricted to those whose lives are still buoyant enough to warrant engagement with “mainstream” New Zealand institutions. Unionised workers; church members in good standing; newly-minted professionals who have scraped and clawed their way out of the immigrant communities into which they were born. By-and-large, these are not people with a revolutionary mindset. On the contrary, many of them have little or no respect for those who, as they see it, have given up the struggle to make a better life for themselves and their children. That’s why the Missing Million: generally despised by mainstream New Zealand; mistrusted by the respectable members of their own communities; has moved well beyond the reach of conventional electoral politics.

Whenever the Missing Million argument is used by left-wingers seeking to reconcile electoral politics with revolutionary aspirations, I think of Len Richards in Mangere. Len, a staunch and thoroughly engaging socialist, stood for the NewLabour Party against David Lange in 1990. He ran a very good campaign, winning 11.79 percent of the votes cast – more than twice the NLP’s 5.16 percent of the popular vote nationally. And yet, even after everything the Labour Party had done to the working people of the Mangere electorate; even after six years of Rogernomics; even with unemployment skyrocketing; David Lange romped home with 51.1 percent of the votes cast.

The most fundamental problem confronting the radical Left has never really been about the people who don’t vote. It’s always been about the political parties supported by the people who do. New Zealanders will vote for parties positioned to Labour’s left – sometimes in impressive numbers – but only when those parties are offering policies demanded by a significant percentage of the electorate, and which Labour, for reasons best known to itself, refuses to endorse.

Clearly, this is not the situation in 2020. In this year’s election there will be only one viable party to Labour’s left, the Greens, and the policy differences between the two are now marginal – at best. On its current standing in the Newshub-Reid Research poll (56 percent) Labour will be looking to retain office with the support of former right-wing voters – not radical leftists. It’s not a situation which any democratic-socialist activist enjoys, but one that cannot be avoided without giving up the game of electoral politics altogether.

Grant Robertson’s Budget is offering what most New Zealanders are hoping for – economic recovery. More importantly, it’s offering what the New Zealanders who actually vote are demanding. Is that the same as offering what so many poor and marginalised New Zealanders desperately need? No, it’s not. But if people’s economic and social needs are not translated into serious political demands, then they are unlikely to be fulfilled in any serious way. In the immortal words of the Black abolitionist and former slave, Frederick Douglass: “Power concedes nothing without a demand – it never has and it never will.”

When the wretched of the earth – and that includes the people of Mangere and Porirua – organise themselves to the point of convincing mainstream politicians that there is more to be gained by acceding to their demands than ignoring them, then their lives will improve immeasurably. Put enough community organisers in New Zealand’s most deprived suburbs and all the exclusions of the 2020 Budget, which have so upset the radical Left, will very rapidly become inclusions.

Until then, Labour – riding so very high in the polls – will go on listening to and meeting the demands of those who know how to make themselves heard where it counts – in the ballot-box.