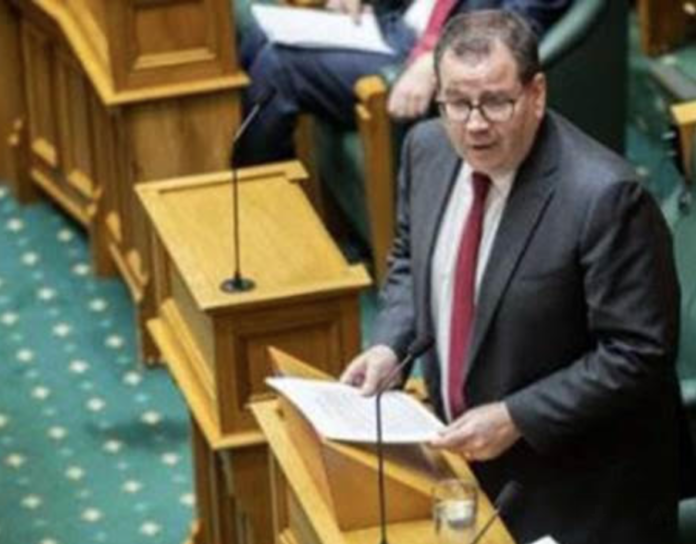 THIS WAS THE DAY my old comrades Bruce Jesson and Gerry Hill never got to see. Grant Robertson’s reaffirmation of Labour’s democratic-socialist principles, the Budget Speech they never got to hear. That I have lived long enough to see this day and hear that speech is something for which I am truly thankful.

“We can draw on the lessons of the past as to how to deal with [the challenges of the Covid-19-generated economic crisis]. The answers lie in the great traditions of the First Labour Government who rebuilt New Zealand after the Great Depression. It was a time when they understood a genuine partnership between government and the people. That each and every person in this country deserved the right to take up the chances afforded by being lucky enough to live in, as my predecessor Peter Fraser called it, this green and pleasant land. They built houses, rail and roads, they created the welfare state and a strong public health system, and they backed shopkeepers and manufacturers. We are taking those principles into the modern era.

“We can also draw the lessons of the past as to what not to do in response to a major economic shock. In this case Mr Speaker I can draw on the experiences of my own life. As the economic carnage of the 1980s and 1990s wreaked havoc in our communities, I saw that up close. It was based on a tired set of ideas that the market would save us, that if government sat on the sidelines all would be well. Well, it didn’t work out that way and lives and livelihoods were lost.

“That will not happen again, not on the watch of this government. We know that we must work in partnership with iwi, business, unions, community groups, every one of the team of five million to make sure we all not only get through this, but that we thrive on the other side.”

Nearly forty years ago, I was present to hear my old history professor, John Omer-Cooper, debate the ethics of the 1981 Springbok Tour with one of his post-graduate students, a young fellow by the name of Michael Laws. For a good part of his life Omer-Cooper had lived in Africa – an advantage he put to good use against Laws who grew increasingly exasperated as the mild-mannered professor methodically dismantled his arguments. The pro-Tour firebrand’s final shot was to accuse his opponent of attempting to pass off expediency as morality. Omer-Cooper’s reply, calmly but firmly delivered, I have never forgotten: “There are occasions, Michael, when the expedient thing to do, and the moral thing to do, are the same thing.”

I would offer Omer-Cooper’s observation to all those who dismiss Robertson’s remarks as boiler-plate Budget Day rhetoric. “Words are cheap!”, they object – which is certainly true. The point I would make in response to such cynicism, however, is that in the 35 years since Roger Douglas delivered his paradigm-shifting 1985 Budget Speech, no other Labour Finance Minister has felt either willing or able to speak such words. Until today.

Are Robertson and the Prime Minister referencing Labour’s democratic-socialist traditions because in the absence of such a transformative vision the numbers quoted in today’s Budget Speech will crush all hope of their government’s re-election? Of course they are. And doesn’t that constitute sheer expediency on their part? No, not “sheer” expediency: not when their joint repudiation of Rogernomics is genuine. Not when the idea of making the most vulnerable members of our society bear the burden of economic misfortune is one they sincerely consider objectionable. To seek to inspire New Zealanders with hope for a better future on the other side of this once-in-a-century crisis may well be the expedient thing to do in the run-up to a general election, but it is also the right thing to do.

All of which leaves us with a decision of our own to make. How should we respond to the extraordinary words spoken by Jacinda and Grant over the course of the last 48 hours? For what it’s worth, my personal opinion is we should take their words at face value. Now, don’t get me wrong, I’m not suggesting we simply overlook the clear deficiencies of the 2020 Budget: the absence of tax increases for the wealthy; its lack of further financial assistance for beneficiaries; but neither should we allow the best possible budget to become the enemy of a bloody good one. In a nation that has suffered 35 years of relentless neoliberal sloganeering, discretion just has to be the better part of political valour.

What’s more, if Bruce Jesson and Gerry Hill had been here to witness the day Labour came home to itself; had they, too, heard Robertson repudiate Rogernomics; then I’m pretty damn sure that they – and every one of our dear departed democratic-socialist comrades – would say the same.