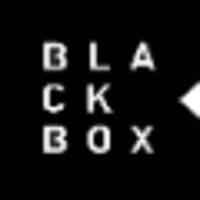 According to the findings from a first-of-its-kind global survey, New Zealanders are largely satisfied with their country’s response to the COVID-19 pandemic, bringing the country in at sixth place amongst 23 countries, and is the only Western country to score above the global average.

RESULTS AT A GLANCE

New Zealand: A strong performer in an index led by Asian countries

Australia, the United States (U.S.), as well as all four Western European countries – Italy, Germany, United Kingdom (UK), and France – were all rated below the global average, with France scoring lowest in the region and the second lowest globally at 26.

One factor attributing to New Zealand’s positive score is that an overwhelming 92 per cent of New Zealanders felt that the government keeping the public informed on the virus with accurate information had worked in their favour in managing the pandemic. (See Appendix, Chart 2)

David Black, Founder and Chief Executive Officer of Blackbox Research, commended New Zealand’s cautious approach in handling the crisis and believed it was also key to the country’s favourable performance. He said, “We are seeing major cracks in self-belief across the Western world but New Zealand is an exception. This can be attributed to the approach that the government had taken to extend its initial lockdown measures despite witnessing dwindling cases.”

“It’s important to remember that New Zealand also had to deal with the tragedy of the Christchurch mosque shootings just a little over a year ago. This may be why the country is seen to be handling the current crisis better. There was a preparedness not necessarily evident elsewhere in the west. Prime Minister Jacinda Ardern’s strong leadership in effectively curtailing the COVID-19 spread has certainly led to a favourable rating on the country’s crisis performance,” he added.

Meanwhile, with an index score of 85, China tops the index with the most citizens rating its performance favourably across all four indicators. Vietnam came in second (77), followed by a tie between the United Arab Emirates and India (59).

On the other end of the index, Japan ranks last with an index score of 16, due to its perceived poor political performance and business leadership, as well as lacklustre community performance. Countries like Hong Kong (27) and South Korea (31) also fared poorly with its citizens.

Furthermore, 70 per cent of New Zealanders believed that the country’s top political leaders performed above their expectations. (See Appendix, Chart 4) Aside from New Zealand, Western countries including the U.S., Australia, Italy, Germany, UK, and France all had less than 50 per cent of its citizens report favourable ratings, with France faring lowest in the region and third-lowest globally at 14 per cent. (See Appendix, Chart 3)

Mr Black noted that the study confirms that the crisis has dented western psyches insofar of expectations about national preparedness in many areas. He said, “For many of these countries, this pandemic is unprecedented. Governments are still coming to terms with a crisis they did not expect, and public confidence suffered as a result.”

“Meanwhile, a significant part of Asia has had their leadership shaped by past epidemics, such as SARS (Severe Acute Respiratory Syndrome) and MERS (Middle East Respiratory Syndrome), which means citizens believe their governments will have in place the necessary measures when it comes to responding to similarly serious respiratory pathogens.”

Businesses not leading the way

Mr Black said, “While New Zealand has demonstrated strong political leadership, it is apparent that business leaders in the country are expected to have contributed more. Our findings also revealed that New Zealanders felt most strongly about top executives reducing their salaries to save jobs. This indicates that business leaders need to take on more active roles in offsetting the impact of such crises.”

Globally, China (80 per cent) and Vietnam (64 per cent) are the only two countries with more than 50 per cent of their citizens rating highly when it comes to their business leaders’ responses to the crisis. Meanwhile, France (10 per cent), Hong Kong (7 per cent), and Japan (6 per cent) fell behind as the most poorly rated.

Once the crisis is over, the three things New Zealanders most want to see are: a full economic recovery within 6 months (62 per cent), adoption of better technology for contact tracing (57 per cent), and a fresh approach to international cooperation to deal with future health crises (54 per cent).

Commenting on the significance of the latest survey results, Mr Black said, “The survey findings have shown that the pandemic has dramatically shifted our worldview, and this will unequivocally change the way we approach governance, business, and healthcare moving forward.

“COVID-19 is not the first and will not be the last global pandemic. In order to rebuild public trust and confidence, leaders need to consider the lasting implications and impacts of the crisis in order to emerge from this crisis stronger and more resilient.”

Please refer to the Appendices section for more information and additional survey findings.

Blackbox Research and Toluna carried out an online nationally representative survey of n=12,592 across 23 countries, aged between 18 to 80. Quotas were applied for gender, age and socio-economic criteria, including education and household type, to ensure representative coverage. The statistical margin of error across the 23 countries surveyed ranges from 3-6 per cent. The survey was conducted between 3 April to 19 April. The field work was staggered through April starting first in Asia and finishing in Iran.

Blackbox Research is one of Asia’s leading data content specialists and fully independent social research agency. We specialise in data content and provide research and affiliated data-plus communications services for business, governments and non-governmental organisation clients across Asia. In Singapore, Blackbox Research is recognised as the ‘go-to’ agency for community and policy insights, and enjoys a strong reputation as a reliable provider of insights on current issues and topics impacting societies across Southeast Asia. Blackbox also has expanded its reach across the region, covering all markets across Southeast Asia as well as China, India, and the greater East Asia region. Visit www.blackbox.com.sg for further information.