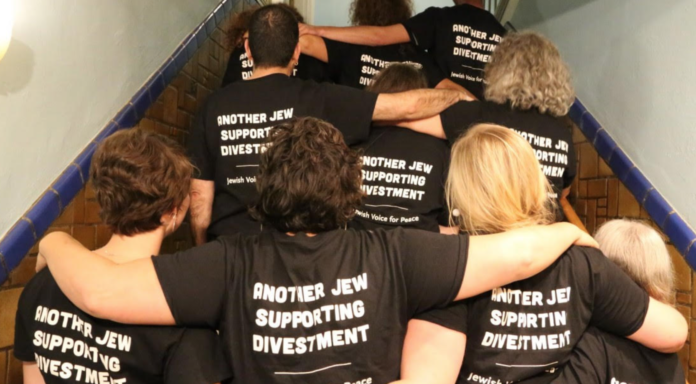 On 20 April, Netanyahu and his political rival, Benny Gantz, reached an agreement to annex parts of the West Bank, including illegal settlements, that paves the way for a unity government, following months of election stalemate in Israel. On 22 April, the US Secretary of State, Mike Pompeo, declaring that the matter is not something for Washington to interfere with, commented further at a press conference: “That’s an Israeli decision, but we’ll work closely with them to share our views of this in a private setting.” The Zionist ideology’s influence on US foreign policy is absolute. Since Israel’s creation in 1948, Washington has provided the Zionist state with around US$142.3 billion in direct aid. Right now, Israel is receiving US$3.8 billion per annum, not only guaranteed for ten years but alsosupplemented by tax concessions and other giveaways. A large amount of this aid goes in support of Israel‘s illegalsettlements on Palestinianland. No other country in the world has ever received anything like such beneficence from the US taxpayer.

US President Trump’s ‘Peace to Prosperity‘ proposal, announced earlier this year, grants Israel permission not just toannex its settlements in the West Bank but to grab the whole of the Jordan Valley as well. Should that eventuate, the Zionist state would then completely encircle any so-called Palestinian ‘state‘ that might eventually be allowed by it.Outside of the US, support for the Zionist cause is more nuanced. In a statement to the Security Council briefing on the Middle East Peace Process held on 23 April, British Ambassador James Roscoe said Britain would regard any unilateral moves towards annexation as “contrary to international law.” The UN Middle East Envoy, Nickolay Mladenov, also remindedthe UN Security Council that annexation would also “constitute a serious violation of international law. . .” The European Union and several European states, including Germany, France and the United Kingdom, reiterated their opposition to annexation. Before the meeting at the United Nations Security Council, the EU’s foreign policy chief, Josep Borrell, wrote: “The European Union does not recogniseIsraeli sovereignty over the occupied West Bank.” Yet while illegal settlements on stolen land remain unchallenged, these world powers speak only against their expansion.

What should be obvious

What else did world leaders believe the ultimate purpose of Israeli settlements in the Occupied Palestinian West Bank to be, other than annexation? The implacably ruthless territorial ambition of the Zionist enterprise has, throughout its history, been its essential identifier. From the outset, the claim that Jews have a ‘right’ to Palestine lacked both credibility and justification. At the end of the nineteenth century, the Zionist movement sought, and stillstrive, to reverse the reality of close on 2000 years of migration and religious evolution.

During the Crusades, for example, the Islamic and Christian religions were already, by far, the majority faiths inPalestine. By the twentieth century, three years before the 1917 Balfour Declaration, Ottoman records showed a Palestinian population of 657,000 Muslims and 81,000 Christians, along with a Jewish minority of 59,000 thatrepresented less than 10% of the population. (McCarthy, J. The Population of Palestine: Population History and Statistics of the Late Ottoman Period and the Mandate. New York: Columbia University Press, 1990). In 1922, theBritish Mandate of Palestine carried out its first census in Palestine, which reported a total population of 757,182. Of the various religious groups in Palestine at that time, just over 12% were Jewih.

Even after the Jewish immigration that followed the Balfour Declaration and later, the Nazi Holocaust, British Mandate statistics of 1947 recorded the total Jewish population as just under 33%, with only two of the 16 sub-districts having a Jewish majority (see Palestinian Jewish population, as of 1947 per district, prepared by the British Mandate to the United Nations). Although, in public, Zionists hold the UN Partition Plan as a justification for what they have done in Palestine, they never actually saw it as anything other than a stepping-stone to their true objective. The Zionists want the world to believe that it was Israel that was attacked following its May 1948 Declaration of Independence but the truth is, that in November 1947, they were already on the attack and had driven 300,000 Palestinians into exile. In the months before Israel was etablished, the Zionists had seized land beyond the proposed Jewish State. In May 1948, with extreme terrorism, Zionist forces had already seized areas beyond that afforded in the UN Partition Plan and today Israel even claims Jerusalem as its ‘undivided capital‘. The ugly reality is undeniable, the Zionist State of Israel was created, and continues to grow, at the expense of the indigenous population of Palestine.

The US-based campaign for Palestinian human rights, Jewish Voice for Peace, has published a letter written by (later to become Israel’s first Prime Minister) David Ben-Gurion to his son. Written on 5 October 1937, it can be seen in full on the Jewish Voice for Peace website. The missive, written in Hebrew, was translated into English by the Institute of Palestine Studies, Beirut. Zionism’s cold self-obsession is clear in the advice Ben-Gurion gives his son:

“The only thing that should be taken into account is what we want and what is best for us, what will lead to the objective.”

That the ideology saw Partition of Palestine as nothing other than a stepping-stone to its true objective is borne out in the following extract:

“Of course the partition of the country gives me no pleasure. But in this proposed partition we will get more than what we already have, though of course much less than we merit and desire.”

Because he and his fellow Zionists already regarded the land as ‘our‘ country that desire is clearly and undeniably expressed further on:

The Zionist strategy was, and remains, to gradually expand across Palestine, step by incremental step and he sets it out thus:

“My assumption (which is why I am a fervent proponent of a state, even though it is now linked to partition) is that a Jewish state on only part of the land is not the end but the beginning.”

Ben-Gurion repeatedly returns to the championing of this Zionist strategy:

“The establishment of a state, even if only on a portion of the land, is the maximal reinforcement of our strength at the present time and a powerful boost to our historical endeavours to liberate the entire country.”

Here, Zionism’s inherent racism leaps clearly into view when he describes the seizure of Palestine from its indigenous population as liberation! Ben-Gurion anticipated his ideology’s merciless future employment of terrorism which would, eventually lay the foundation for what he called “a superior army”. In turn, this army proved to be nothing more than a uniformed form of terrorism. He expressed this as follows:

“We shall organise an advanced defence force — a superior army which I have no doubt will be one of the best armies in the world. At that point I am confident that we would not fail in settling in the remaining parts of the country, through agreement and understanding with our Arab neighbours, or through some other means.”

The “agreement and understanding”, here envisaged by Israel’s first Prime Minister, was to be achieved through racist violence:

“The greater the Jewish strength in the country, the more the Arabs will realise that it is neither beneficial nor possible for them to withstand us.”

European Zionism was born in a time of imperialism and assumed superiority of race. The ideology absorbed this view of an imposed world order that is affirmed so clearly here by Ben-Gurion:

“Palestine is grossly under populated. It contains vast colonisation potential which the Arabs neither need nor are qualified (because of their lack of need) to exploit.”

The Israeli Occupation, the annexation Wall it has constructed along and within the West Bank, together with its land, sea and air blockades in the Gaza Strip, have placed severe limitations on the Palestinian economy. The baffling web of checkpoints and sudden roadblocks restrict Palestinian movement with crippling effect on the economy. Farmers find their land trapped behind the annexation Wall and must seek so-called ‘visitor permits’ which, predictably, Israel regularly rejects.

So far this year, up to and including 27 April, there have been over 500 Israeli Gaza ceasefire violations, with almost 60 retaliatory Palestinian responses. From 14-27 April inclusive, 49 Israeli Gaza ceasefire violations (including four incursions) failed to provoke any Palestinian response. Over the same 14 days, Israeli Occupation settlers in the West Bank invaded four Palestinian olive groves and destroyed at least 140 trees. Israeli settlers also assaulted and beat up several Palestinian pastoralists, attacked and hospitalised a Palestinian refugee and, after invading farmland,terrorised Palestinian farmers and forced them away from it. The same thing also occurred elsewhere with directIsraeli Army complicity.

The world is by no means helpless when it comes to challenging the complicity with Israel demonstrated by some Western Powers. On 28 April, in the UK, the Palestine Solidarity Campaign (PSC) was delighted to announce a great victory in defence of the right of people in the UK to support Palestinian human rights. For years, the Zionist regimeand its allies have been battling to delegitimise Palestinian rights activism and criminalise the Boycott Divestment and Sanctions (BDS) movement. This significant legal victory over the Westminster government has been achieved with support, not only from the Quakers, Campaign Against Arms Trade and War on Want but also via small donations from thousands of individual supporters. In short, The Supreme Court ruled that the UK Government’s current ban on ethical pensions divestment is unlawful.

Since 2017, the PSC has been fighting to defeat “Local Government Pension Schemes from divesting from companies complicit in Israel’s oppression of the Palestinian people, and additionally from divesting from the UK defence industry”. Initially, it won in the High Court but then lost in the Court of Appeal and, refusing to give up, gained victory in the Supreme Court! The Zionists will not easily give up trying to influence governments to get their way. In October last year the Queen’s Speech outlined the Boris Johnson government’s intention to bring in further anti-BDS legislation.

A single contiguous state with equal rights for all

Zionism could never have achieved its goal without the support of powerful allies, able to dictate global foreign policy. The denial of the Palestinian right to self-determination following the Allied World War One victory has led to more than a century of mounting injustice and human misery. The UN Partition Plan opened the door for Zionism but Palestinian rights were curtailed and have all but been dispensed with. The conditions of life that Palestinians must endlessly endure have been brought about deliberately; the inevitable price of achieving the goals of an anachronistic, racist ideology. The splitting apart of Palestine has now rendered the deceptive two-state ‘solution’ clearly and indisputably impossible, unjust and inhumane.

There is a growing worldwide call for a single-state solution, with equal rights for all. The history of indigenous Palestinians goes back long before the invention of Zionism and today, in Israel, there are human rights movements such as Zochrot that support the crucial right of Palestinian refugees to return from exile. The movement joins with others who call for an end to Zionist contempt for Palestinians. Justice for Palestinians in this context means justice for all, one that would enable the unfolding of a future of mutual respect between all who live in that land.

This vision of unity has led to the historic Palestine Solidarity Campaign High Court victory in Britain. The case was based on reason, justice and respect for the whole of humanity. It can be done – the miracle will happen!