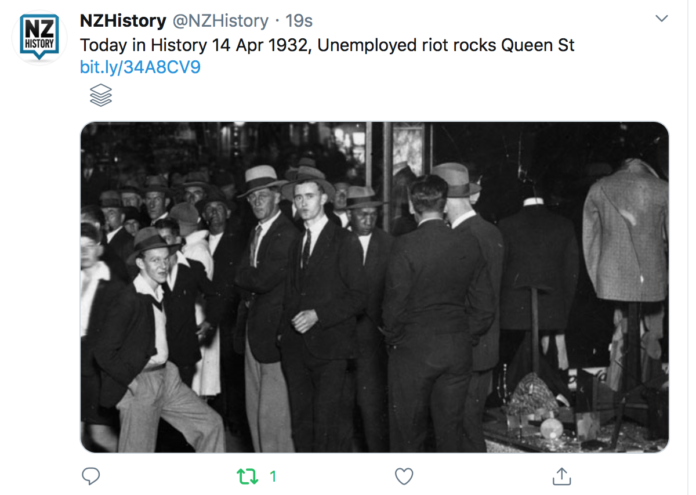 Accepted this obscene amputation of my civil liberties.

Acquiesced to all public service announcements.

And I’ve done it all completely willingly, I accept and acknowledge the urgent need to become a Police State overnight, I was calling for such measures from the beginning of this pandemic.

The strength of our liberal progressive democracy is that a well informed citizenship will in solidarity act for the common good even if that responsibility demands a personal sacrifice.

We have all paid our sacrifice while history was watching.

We should feel proud of how we have stood tall in the face of this unprecedented moment and that our Democracy worked when so many others have been left gasping and shortchanged.

What happens next however matters.

The moment the medical science agrees, we need our full rights returned with no lasting State power over us and I fear that out in the murk of trying to find a way forward things are being considered that need serious push back.

Two of those are mandatory testing and mandatory digital tracking.

Let’s just be very clear, and draw the line so that the Government understand those options are a goose step too far.

If people wish to be tested for the virus, they are more than welcome to, but mandatory testing with all the data that would require?

That’s an enormous amount of power being handed over to the State and I would argue that is simply too far of an over reach into people’s lives.

The other concern is the sudden intrusion of mass surveillance Nazgul, Peter Thiel, into the digital tracking arena.

Again, if people wanted to volunteer that information that is one thing, but to make it compulsory?

We aren’t seriously letting Peter Thiel anywhere near a mass surveillance tracking idea are we?

It’s been widely reported including by the Wall Street Journal and Forbes that Palantir has built an anti-Covid web app that began running at the US Centers for Disease Control in late March.

It looks very similar to the confirmed start-up in the UK of a Palantir platform called Foundry, set up to crunch anonymised data from the NHS – from hospitals, labs and so on – to predict where resources like hospital beds will be needed.

The UK government said Palantir was not in control of the data.

“Foundry is built to protect data by design. A G-cloud data processing contract is in place. Palantir is a data processor, not a data controller, and cannot pass on or use the data for any wider purpose without the permission of NHS England,” it said.

In the US, Palantir’s CDC project has, according to media reports, avoided controversy because it appears not to be ingesting information that could identify individuals.

But Bloomberg reported that Palantir’s pandemic pitch to governments in France, Germany, Switzerland and Austria included a tool called Gotham, best-known for helping intelligence agencies and the police track individuals.

In New Zealand, Palantir and co-founder Peter Thiel have both been controversial.

Two years ago, eerily prescient reports told how the Silicon Valley billionaire and his friends had begun buying property here – with central Otago a favourite – to use as boltholes in case of a global apocalypse.

Thiel has been a close ally of US President Donald Trump.

His citizenship here was fast tracked in 2011, though he had barely set foot in New Zealand. The previous government was forced to defend that.

As for Palantir, the NZ Herald revealed the company’s links to spy agencies the GCSB and SIS and the intelligence community, including multimillion-dollar defence contracts.

In the US, Palantir’s deep links to the CIA and National Security Agency have been widely reported on.

Just two days ago, the Wall Street Journal reported Palantir got a jump on the virus, recalling its staff from abroad ahead of most companies.

RNZ has approached Palantir for comment, and will keep trying to get more information on this from the Health Ministry.

The GCSB told RNZ it was reviewing Covid-19 contact tracing tools to identify security risks and how to resolve those.

We have been compliant with this Police State because we have universally agreed that the  curtailing of our civil liberties was required to defeat the pandemic, however there are limits to our good will and consent.

Mandatory medical tests and an Orwellian mass surveillance tracking system run by a company with deep ties to the deep state need to be the lines in the sand we are prepared to draw.

Government assurances today that any testing or digital tracking is voluntary must not be allowed to move tomorrow.

Our consent to a Police State for a virus the vast majority of us won’t die or suffer from is not endless, and to believe otherwise is a grotesque misreading of our compliance.