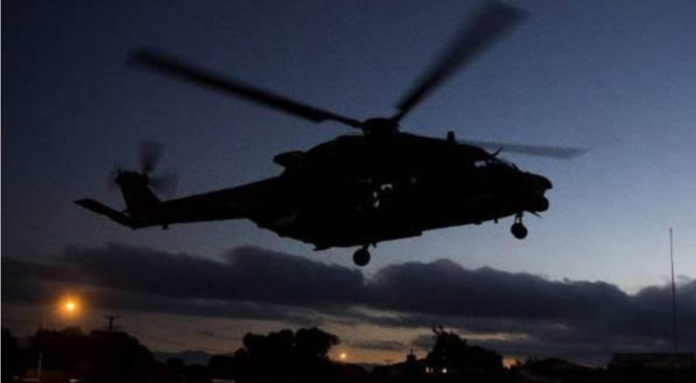 IT WAS EASY to miss amidst the information overload of Lockdown at Level 4. A curiously thin news story, published by Stuff on 15 April, concerning “a routine military exercise” in South Auckland. The New Zealand Defence Force (NZDF) was keen to reassure people living in the area that the sound of gunfire, loud explosions and helicopters flying overhead were nothing to be concerned about. But, as is so often the case with NZDF media releases, that wasn’t the whole story – not by a long (and potentially deadly) shot.

Any government facing a crisis on the scale of the Covid-19 Pandemic will, at a pretty early stage in the proceedings, be briefed by their senior law enforcement and military advisers on how best to respond to a serious outbreak of civil disorder. For the likes of Jacinda Ardern and Grant Robertson this was likely to have been a sobering – and scary – experience.

The number of sworn police officers in New Zealand currently stands at around 10,000. The NZDF musters roughly the same number, 10,000, with a further 2,000 men and women in reserve. In other words, in a nation of just under 5 million, the state can call upon just 22,000 trained personnel to enforce its will. That’s one trained enforcer for every 227 citizens.

Obviously, the state’s best option, when faced with a serious outbreak of civil disorder, is to concentrate as many of its enforcers as possible at the scene. Equally obviously, those enforcers need to be trained and equipped to quell such disorder swiftly and decisively. To achieve this objective with a minimum of violence and injury, the first responders should ideally be police officers trained in crowd control – i.e. a “riot squad”.

This was the preferred option for maintaining law and order during the Springbok Tour protests of 1981, and it was highly successful. Only outside Eden Park on the final day of the Tour did the Police contemplate calling upon the military to aid the civil power. Armed naval personnel were mustered in readiness, but fortunately their services were not required. The “thin blue line” held.

Of course the overwhelming majority of anti-Apartheid protesters were law-abiding members of the New Zealand middle-class, and the main co-ordinating body of the anti-tour movement, the Halt All Racist Tours organisation (HART) was officially committed to non-violent civil-disobedience. That being the case, the highly-trained “Red” and “Blue” riot squads, equipped with visored helmets, metal shields and long batons, were more than equal to the task of making sure the games went ahead. They were bested by the protesters only once – at Hamilton’s Rugby Park.

Serious civil disorder arising out of the prolonged imposition of the lockdown rules is, however, unlikely to be undertaken by idealistic protesters committed to non-violent action. One has only to take in the images now flooding out of the United States, of loud and aggressive Trump supporters openly flouting the social-distancing rules imposed by state governors and legislatures. At present, most (but not all) of these protesters are unarmed. Should that change, however, the potential for a calamitous  eruption of violence is all too real.

Now, New Zealanders are not Americans: as a people we are about “fairness” much more than we are about “liberty”. But, as the reaction to the Government’s attempts to institute a more rational system of controlling the possession and use of firearms has made clear, there is a vocal minority of New Zealanders who appear to have absorbed completely the “gun culture” of the United States and clearly intend to replicate it their own country. Socio-economically, these folk tend to be found running New Zealand’s small businesses and farms. Most of them are men, and an alarming number of them seem to have enormous difficulty coming to terms with the fact that New Zealand is led by a young, progressive, mother of one.

When that same young woman is telling these guys that they have to stay at home; that their small businesses must remain shut; and that they are not permitted to go hunting with their precious firearms; then there has to be a reasonable chance that at least some of them are going to take a leaf out of the play-book of Trump’s supporters in Michigan and Wisconsin and demand that the economy be “liberated” from the Lockdown. How big a step is it, after all, from the infamous placard declaring Jacinda to be “a pretty communist” and the one carried high by a Trump supporter proclaiming “Social Distancing = Communism”? 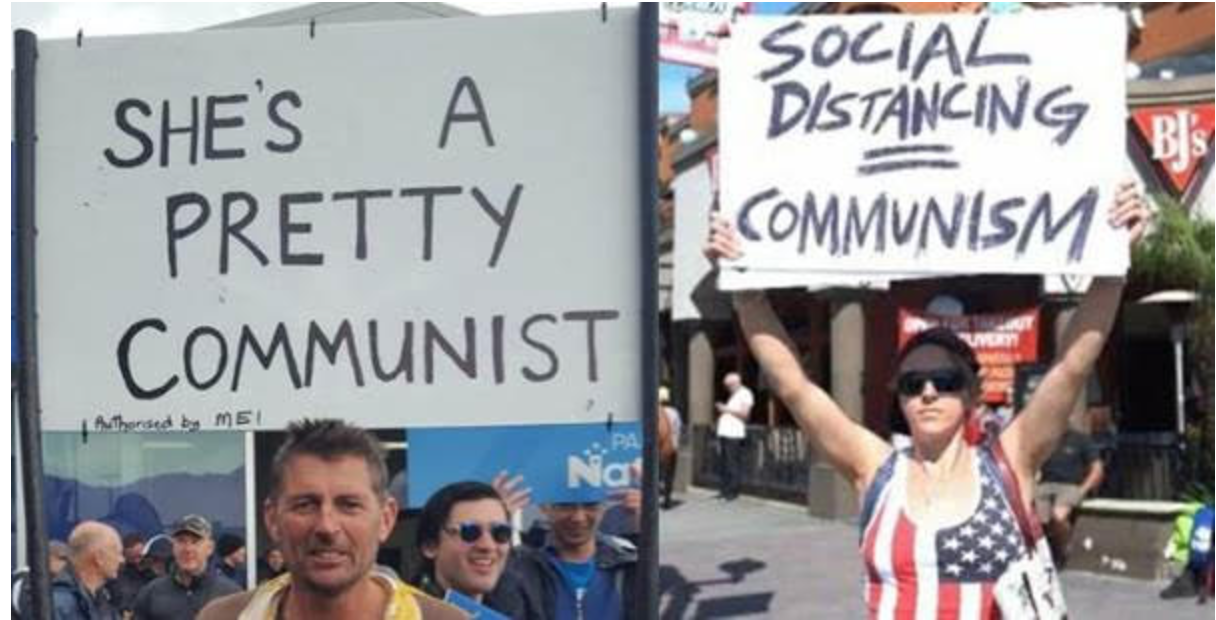 All these angry white men, itching to lock and load their guns and hit the streets in protest should, however, pause and think again about those military exercises in South Auckland. Because it’s a pretty safe bet that what’s being trained there in secret is a ready-reaction force. In the worst case scenario, when Police intervention has failed to persuade destructive, violent and armed protesters to disperse, then this is the military unit that will be called upon to aid the civil power.

Idiot armed misogynists determined to overturn the nation’s efforts to eliminate the Covid-19 virus will need to learn that the arrival of this force is a very bad sign indeed. Its only purpose is to disperse armed and violent offenders swiftly and decisively – if necessary by the use of deadly force. Harsh? Certainly. But the rest of New Zealand will cheer them on. Why? Because Kiwis will not tolerate a bunch of violent, armed and self-entitled right-wing thugs putting them and their loved ones at risk. Moreover, unlike the President of the USA, New Zealand’s prime minister has absolutely no interest in encouraging them do so.