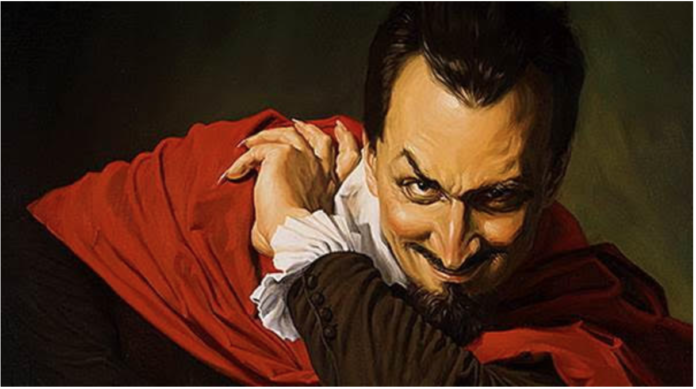 THE SPEED at which the ruling elite has moved to defend itself has been surprisingly slow. It should have been clear from the first onset of the Covid-19 crisis that it was capable to wreaking havoc upon the political-economy of global status quo. Its first defensive moves were, however, politically clumsy and morally grotesque. Expecting grandparents to make the ultimate sacrifice for the sake of their grandchildren, as the more outlandish members of the American Right advocated, struck most people as horrific. Clearly, a more nuanced solution was required.

Accordingly, the key demographic target of neoliberal capitalism’s defenders shifted from the elderly Baby Boomers (1946-1965) to the notoriously prickly Generation X (1966-1985). This is, after all, the demographic which has made intergenerational injustice its special study. To hear Gen-Xers tell the story, the Boomers managed to get through most of their lives without experiencing much more than a few relatively mild recessions. Admittedly, the American Boomers had the Vietnam War to contend with (and doesn’t it show!) but New Zealand’s Boomers cruised blissfully through the post-war sunshine with the barely a trouble in the world.

Generation X’s bad luck was clear to comedians and cartoonists from the get-go. One of the best of their early jokes depicted a Boomer wearing a T-shirt emblazoned with the classic Seventies formula for happiness: Sex. Drugs. Rock-n-Roll. His Gen-X companion’s T-shirt was less upbeat. Its three words referenced the grim Eighties’ declension of the Boomer’s hedonistic trinity: Aids. Crack. Rap.

No sooner was all the fun taken out of promiscuity, recreational drug-taking and popular music, than the unlucky Gen-Xers were hit by the full force of the neoliberal revolution. All the benefits of the social-democratic state – enjoyed to the full by their fortunate parents – were whipped away from them. Indebted, de-unionised, unhoused: life wasn’t so much a bowl of cherries, as a plateful of fleshless cherry-stones.

Was the arrival of the Internet and the smartphone sufficient compensation for the Global Financial Crisis and the onrush of Climate Change? Maybe. Even so, for too many of the years they have been alive, the news has made pretty grim reading for Generations X, Y and Z. And now, as if all of the above trials and tribulations weren’t enough, the world’s under-55s find themselves in the midst of a global pandemic.

Where’s the justice in that?

Although the academic Judas Sheep promoting their evidentially-challenged and scientifically tendentious “Plan B” (essentially a plea for pursuing ‘herd immunity’ from Covid-19) don’t make it explicit, they presumably see an element of divine justice in the virus’s preference for older people’s vulnerable immune systems. Their own generation and their children’s are much less likely to die from Covid-19 than Mum and Dad and/or Grandma and Grandpa. It’s almost as if God has finally relented and thrown these younger generations a chunk of good luck.

The dissident academics’ preference is for science, not theology, so expecting them to spot the profound moral challenge which the Almighty has just set down on the younger generations’ plate is probably too tall an order. It lies there, nonetheless, and all of these scientists’ crude consequentialist philosophising cannot remove it.

They do their best to ignore it, however, by reaching for the utilitarian philosopher’s substitute for God: “The greatest good for the greatest number.” It’s a formula that has always appealed to the kind of hard-line, ideologically-driven capitalists who presumably recruited these (to borrow Lenin’s trenchant epithet) “useful idiots”. Certainly, the individuals fronting “Plan B” all possess a facility for fine calculation to make a bean-counter proud.

Which should be accorded more value, these ethical accountants now demand: The right to life of the elderly and the chronically ill – a quarter of the population; or, the right to a prosperous economic future of the other three-quarters? The contention being, that a point will surely be reached in the course of the current crisis when protecting the rights of both fractions becomes impossible. It is then that the Prime Minister, Jacinda Ardern, and her ministers will be required to answer the very hardest of questions.

In the words of the Plan-B-Boys’ advance guardsman, Matthew Hooton, opining in the NZ Herald of Saturday, 4 April 2020:

“The first unbearable question is at what point, if ever, we decide that the immediate social and economic costs are too high to continue with a lockdown, if elimination or suppression fail. The second is who pays those costs, and when.”

Hard? Oh yes – and it only gets worse:

“Ardern and all of us have no choice but to take [the] risks [flowing from the harms attendant upon catastrophic economic collapse] into account while grappling with the ethics of the decisions ahead. It may be repulsive to express it explicitly, but a protracted suppression strategy would materially and perhaps permanently damage the lives of the two million New Zealanders under the age of 30 to briefly maintain the life expectancy of some thousands of people in their 80s.”

Or, rephrasing Hooton’s argument even more repulsively: At what point do we let Grandpa die, so that we, his grandchildren, can have a crack at the sort of life our grandparents and parents were able to live?

Ah, yes, the Devil’s Bargain. Transacted in all manner of guises, but always with the same intent: the transformation of the human individual from an “end” into a “means”. Here’s how the nineteenth century Russian novelist Fyodor Dostoyevsky presents the Devil’s Bargain in The Brothers Karamazov, when Ivan confronts his brother, Alyosha, with the classic utilitarian dilemma:

“Tell me straight out, I call on you—answer me: imagine that you yourself are building the edifice of human destiny with the object of making people happy in the finale, of giving them peace and rest at last, but for that you must inevitably and unavoidably torture just one tiny creature, and raise your edifice on the foundation of her unrequited tears — would you agree to be the architect on such conditions? . . . And can you admit the idea that the people for whom you are building would agree to accept their happiness on the unjustified blood of a tortured child, and having accepted it, to remain forever happy?”

What Dostoyevsky grasps here is what always slips through the fingers of the crude utilitarians. Happiness cannot be created out of unhappiness. Life cannot be purchased with Death. Another great Russian novelist, and dissident, Alexander Solzhenitsyn, grasped it also. When the young pacifists of the Eighties put it to him that if the choice was between Communism and nuclear annihilation, then surely it was better to be Red than dead? His answer was always the same: “No. Better to be dead than to live as a scoundrel!”

And, if memory serves, there was another seeker after the truth who had something to say about the Devil’s Bargain. A carpenter and teacher from Nazareth, in First Century Galilee. His words may be old, but even after two thousand years they bear repeating:

“For what shall it profit a man, if he shall gain the whole world, but lose his soul?”