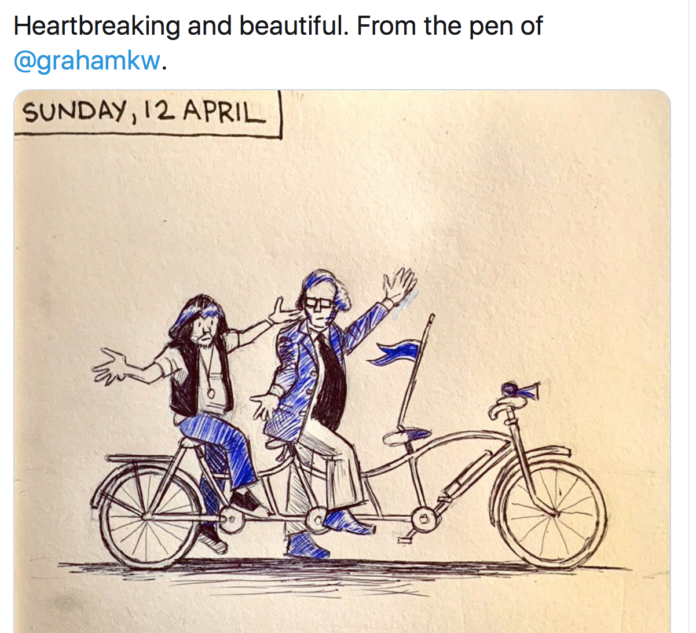 Tributes have been paid to Tim Brooke-Taylor, a much-admired fixture of British comedy for five decades who became a household name as one third of The Goodies, who has died aged 79.

In a statement, his agent said on Sunday: “It is with great sadness that we announce Tim’s death early today from Covid-19.”

His fellow Goodie Graeme Garden was “terribly saddened” by the loss of someone who had been a close colleague and friend for more than 50 years.

He said: “Tim and I met at Cambridge University in the early 1960s and have enjoyed working together almost constantly from that time onwards, on radio, stage and TV.

Sunday nights gathering around the glow of the TV, drying off after the weeks only bath before Monday.

Shoving and pushing to get into pyjamas while staking space for dinner plates on the coffee table.

And then through the steam of the pressure cooker and aroma of corned beef.

The silliness. The slapstick. The absurdity.

It made the dinner portions larger, the room warmer, the laughter unstressed.

I’ve put the Easter Eggs out in the garden. I just have to pick her up for Easter Monday.

The rules allow you to continue parenting agreement arrangements as long as your child lives in the same area.

Stress swells my ankle. I limp up the road.

It’s odd when you are in pain that a unique new pain can override the original old pain.

The Goodies were such a magical part of my childhood, the thin slither of weekly reprieve it provided was one of the few positive memories I have. That Tim Brooke-Taylor died because of a virus currently locking me down feels like I was accidentally invited to his funeral.

In all the anxiety and stress of the current pandemic, to have a dear childhood memory die on Easter Monday, the great weekend of resurrection, felt like getting a vegan chocolate egg.

Jones 2 on Sky has the Goodies.

Outside the clouds look cold and full of rain. I remember I’ve left the easter eggs in the garden

I use the empty basket to collect them as the wind whips up.

I slip and hurt my foot.

I miss The Goodies. 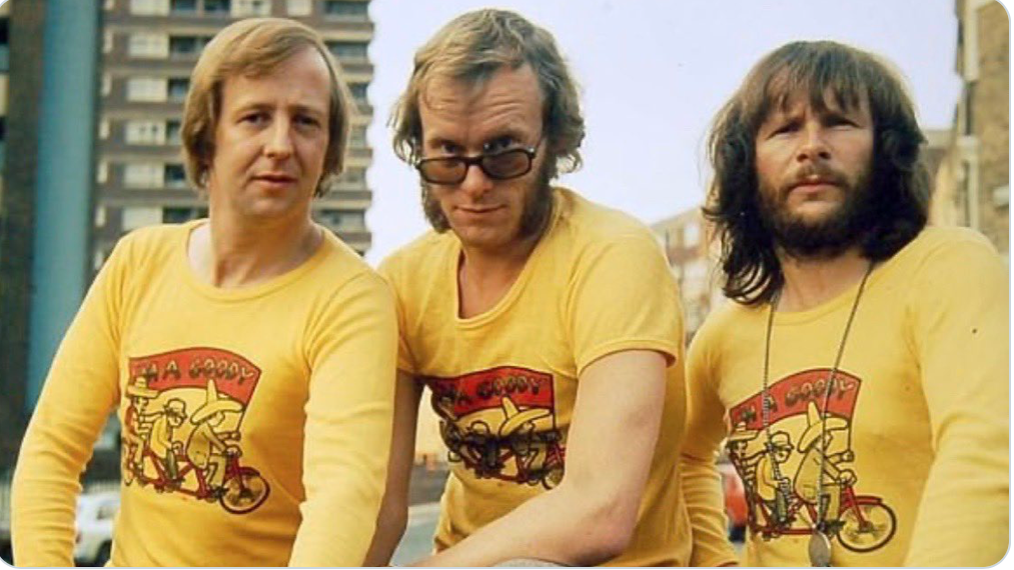