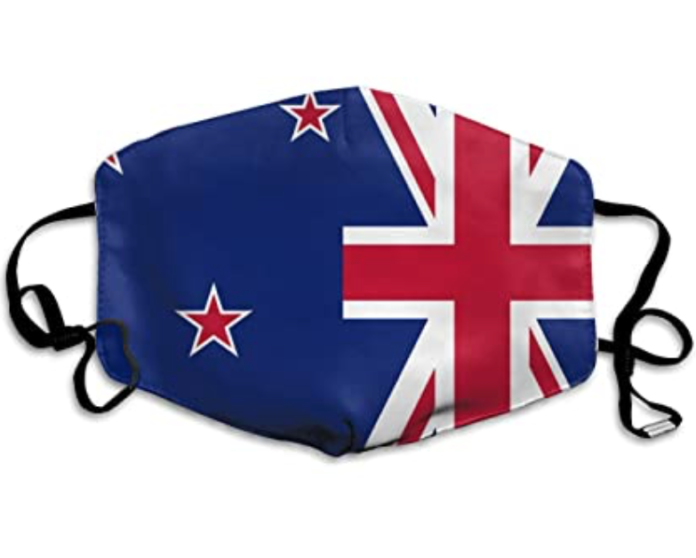 In these days of pandemic, in my community, the sound of aeroplanes has been replaced by sounds of lawn mowers; of chain saws, as people get their firewood ready for winter. People are in their gardens. Odd jobs are being done now ‘there’s finally time’. The smells of hearty dinners waft over fences. Facebook is filled with celebrations of home cooked meals shared with family. Neighbours who never knew each other become friends from a distance. People still working, from home, are enjoying extra leisure time as they avoid their usual commutes. Though GDP is expected to decline, by other non-standard measures, productivity is high.

On the other hand, the reality of job losses and economic contraction starts to unfold. Affecting both the precariat, the under-paid, and the intelligentsia; those on SkyCity’s gaming floor, aloft with Air New Zealand, on the air waves (Radio Sport), and in our culture and magazines (Bauer Media). These high-profile redundancies and lay-offs are the tip of the iceberg of joblessness. The Ministry for Social Development is struggling to cope with more than 20,000 calls a day and is hoping to hire another 300 staff to deal with the expected tsunami of the unemployed. The population per centage of those unemployed may reach double digits for the first time in over thirty years. Those out of jobs are likely to feel unvalued, and struggle to survive.

As with the myth about economic growth being a rising tide that lifts all ships, it’s also not true that the falling tide effects all workers equally. Some of the CEOs on multi-million-dollar salaries who were paid – and failed- to anticipate business disruption, face a cut to their incomes, but workers lose their whole livelihoods.

But despite facing joblessness, maybe homelessness, some people find lockdown cheaper than ‘the old times – Before CoronaVirus’, because they don’t leave the house and can’t shop – though when they do, they’ll find the price of groceries on the rise. There’s a freeze on rent increases – which must be just the start, because the jobless will be unable to pay, and homelessness is already immorally high. Despite the uncertainty, people are grateful for the breather from the hamster-wheel world of commuting and endless work. Work that has diminishing returns –where the cost of living and working is so high you live just to work and work to survive.

But imagine if we measured the value of people’s happiness as they worked at home-building, as they grew their own veges, looked after their families, cooked and ate together – healthy home grown and home-made meals? Imagine if we valued people for their contribution to society instead of their contribution as workers to profits. Imagine if people didn’t struggle to survive, whether it was in the formal or informal economy, in paid or unpaid employment, or not in employment at all. Imagine if those we now know are ‘essential’ were given the respect they deserve? Imagine if we redefined the value and nature of work.

Simon Mair, a Research Fellow and ecological economist at the University of Surrey, says we’re at a global turning point, the pandemic is ‘a world making event’. He says the economic collapse from Covid 19 is creating an opportunity to imagine alternative economic futures – because there’s no going back to the past. And that among those alternative economic futures are scenarios that recognise the value of labour and life for its own sake, rather than for exchange and commodity value.

Mair identifies four different general scenarios in the post-pandemic world. He says the options are state capitalism, state socialism, mutual aid, and barbarism, but notes these typologies are extreme cases, and in reality our economic journey might move through different elements of the various scenarios at different times.

State capitalism sees a centralised system of business and social welfare with economic support related only to a worker’s exchange value (ie they get a subsidy based on how much they were deemed worth in their old jobs), and stimulus for businesses, as the state seeks to stabilise the economy to allow the market’s continued function in the longer term. This model would see state ownership as a life support system keeping the market afloat only until critical businesses can again return to profit. At that time, nationalised and protected industries could be privatised again, and typical inequalities and exploitations remain.

State socialism also sees a highly centralised state role “but values life itself”. Hospitals, welfare and production and supply systems would be run by the state to support lives, not to support the continued operation of markets and profits. In this case, state ownership, for example, could ensure bailed-out building companies like Fletcher Building, house the homeless, maximise positive urban design outcomes, create quality communities, respect sacred sites and landscapes like Ihumatao, and do not extract profit from land and lives. In the state socialist model, lives are valued equally, and CEOs aren’t paid millions for the work done by people enduring long hours on the ‘factory floor’.

The Mutual Aid scenario involves a decentralised role for the state, and life is valued, and supported within strong community networks. In a future of barbarism, the state has a limited role, and it’s dog-eat-dog as people are valued for what they can yield, not for their intrinsic worth.

Indeed, Mair says that the Government subsidies being paid to enable people just to survive during the pandemic lockdown, embody the radical idea that “people deserve to be paid to live, even if they can’t work”. The reframing of ‘essential workers’ inverts the usual status and privilege that values the executives and directors – the least productive but highest paid in any production chain.

The Covid-19 pandemic and lockdown show that Governments can act quickly -if not unequivocally- when crisis strikes. Governments can intervene to save citizens, as well as to save capitalism from itself.

Right now we have 12 million apples rotting on trees. Around 5000 pigs a week are ‘surplus to requirements’ as local butchers are closed. Internationally, there are meat mountains, potato gluts, as consumers are stuck at home. But here, Minister Phil Twyford proudly celebrated the Government’s support for continued shipment of lobsters to China – of all the newly defined ‘essential’ services, I would never have imagined lobster exports was one. But unless Governments intervene, genuinely important goods and services, and opportunities, will go to waste. Food will rot on the vine while people can’t work, and starve. Houses will sit empty while people live on the street.

Nationalisation of failing companies will allow Governments to achieve strategically important goals. Empty hotels are already housing the homeless. Auckland Council staff caterers are already preparing and distributing food. Families are already reclaiming the streets for carbon friendly transport, fitness and fun. Care networks are already providing mutual aid. Local butchers and vege shops with perishable goods otherwise wasted in the lockdown are redistributing supplies to foodbanks. Compulsory redundancy payments, labour redeployment, supported retraining, a shorter working week, and valuing community and family labour as a contribution to social and economic productivity will all add to the reframing of the value and worth of labour for workers and society.

In reality, Shane Jones is getting impatient with the high economic cost of preventing a worse public health crisis. He sees the pandemic as a further opportunity to hold up environmental reform. And Phil Twyford seems to want to build more roads. My plea to Jacinda Ardern is not to try to return to the old ‘normal’ with its inequalities and imperatives inimical to wellbeing and ecological sustainability. With her significant political capital and the wide consensus on the importance of state intervention at this time, support for the extractive, socially and ecologically destructive, commodity driven values of capitalism aiming to return profits to shareholders, is no longer appropriate. Now is the chance to build on the wellbeing budget to develop a wellbeing economy. An economy that values life – and leisure; quality of work –not just quantity; paid, and unpaid work; workers, and CEOs. An economy that is run for people, not for profit. An economy fit for a sustainable future, – a democratic, eco-socialist economy. Capitalism is just a step away from barbarism, but socialism is compatible with a caring state, community solidarity, and mutual aid.