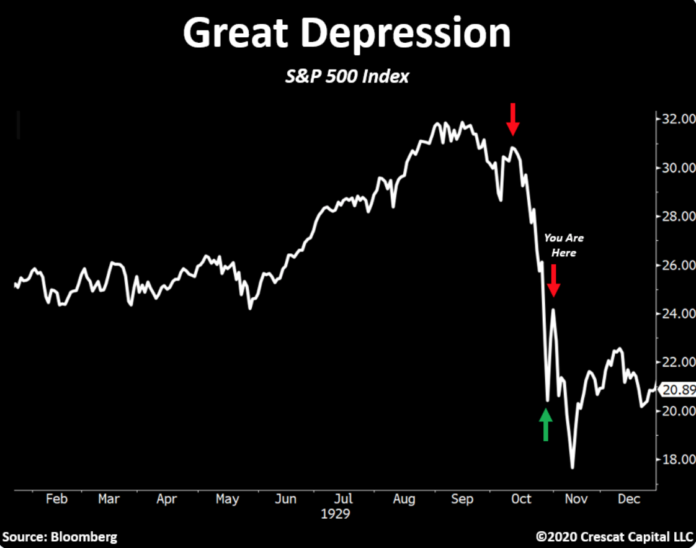 Vladimir Lenin said “There are decades where nothing happens; and there are weeks where decades happen” – and it definitely feels like events in time are speeding up. It must certainly feel like that for Jacinda Ardern – becoming Labour leader, being appointed Prime Minister, having a baby, wrestling with New Zealand First, the Christchurch Mosque attack, Whakaari/White Island, and now Covid-19.

The other Lennon – John Lennon, sang ‘life’s what happens when you’re busy making other plans’, and while the Labour Party were busy struggling to implement policy promises in Coalition with New Zealand First, it feels like we’ve had several decades of events in less than a triennium. So while the fresh water, welfare, fisheries, conservation and other reforms promised before the last election continue to languish, it’s times like these that the steady hand of Jacinda (the real mother of the nation?) lends calm.

Never think you’re too small to make a difference – after all, look at the Corona Virus – microscopic and yet it has brought an end to the world as we know it. Who would have imagined even three weeks ago, the world we live in today? Humans are adaptable and quickly we adjust (sort of) to the new normal. But the enormity of the disruption to the pre-C-19 world is almost unfathomable. Planes across the world, grounded. Cruise liners abandoned and redundant. New Zealand’s biggest foreign exchange earner – tourism – dead in the water. A few weeks ago, who would have even imagined ‘lock-down’? The images of ice rinks appropriated as morgues as hospitals are full in industrialised nations like Italy would have been unimaginable three months ago.

We’re so lucky here in New Zealand that we are distant from the world, but the number of inbound traveler related Covid-19 infections show that we’re not that distant at all, as long as planes continue to fly. The good thing is, now they’re not.

Continual adjustment will be necessary as we go through the various stages of grief in our isolation journey – from anxiety about the imminent arrival of the disease as real-time media connections have shown its effects elsewhere, to anxiety about whether we have enough food and toilet paper (cue panic shopping), to anxiety about how we’ll pay our rent/mortgage/other bills, through to boredom; feeling stir crazy, frustrated, worried about distant loved ones, horror about the ravages of the disease in countries with fools for leaders and underdeveloped health care systems. And the economy, our jobs, KiwiSaver, the future!

With Jacinda in charge, we’ve been clearly and reassuringly informed, we anticipated, expected, and mostly supported the lock-down when it came. Some of us easily accessed the government subsidies when we lost our incomes. We (generally) queued respectfully when goods and access to supermarkets were rationed.

Some key elements to the civilised civic order we’ve experienced, have been the (generally) consistent messages, the knowledge that these radical and unprecedented measures were not taken lightly (shutting down the economy to protect public health!!), and reassurances that food supply chains would be preserved. Food stability is everything in a time of crisis and makes the difference between social calm and anarchy.

However, supply – and demand – chains are only as strong as their weakest links. Disruptions in any part of the chain can lead to blockages – in traffic modelling, they’re called jamitons. So if we don’t have the workers to pick the fruit or harvest the fish, or the truck drivers to transport it, or the wharfies to load and unload, or the shopkeepers to dispense, or the consumers to buy it, nationally and internationally, the chain can break. We want to break the Corona virus chain but not the food supply. Internationally, realignments of food supply chains are happening with geopolitical implications as trade and access realignments take shape. (Note for example, tuna wars). Commerce is like traffic, is like water flow – it will go where access is easiest, most profitable, most efficient. Fortunately, in New Zealand, we grow much of our own – including toilet paper- and as the Chinese market reopens, we are well placed. So immediate domestic and re-emerging international food trade as a source of foreign exchange, looks better here than for some. There was no need to fight over toilet paper, and there was no good reason to queue for guns. Given that NZ’s agricultural sector is well poised to benefit from China’s recovery, there’s no reason to delay the Government’s freshwater reforms, though as usual, Shane Jones says NZF will veto them, and the call to hold off the minimum wage increase goes on.

But today is only Day Three. The sun is continuing to (weakly) shine. So far so good. Trust in our leaders, the rule of law, the hard calls that have been made – has real currency. In the rural area where I live, birds, and kids on bikes have reclaimed the road space. When I ride my bike around the block, my neighbours all call out and wave. Everything is peaceful. There is little traffic, few planes. The siren went off for the volunteer fire brigade, usually meaning a car crash, but for the vollies’ sake hopefully this time it’s just someone who’s lit an un-permitted fire. My vege garden is flourishing. I don’t have to go to the shop. We are collectively re-evaluating what and who are essential services and workers – and it’s not the CEO on his multi-million-dollar salary, it’s the rubbish collector, the supermarket worker and the health provider.

But the peace belies the pain. Unemployment is expected to rise from its pre-C-19 level of around 4% to perhaps 30%. Whole huge sectors of the economy will be unlikely to recover – tourism, hospitality, international education. Air New Zealand’s revenue is 90% down on previous forecasts. SkyCity says its future will be dramatically different with implications (ie redundancies) for many of its staff. The usual unemployment benefit stand down time has been scrapped. Hundreds of thousands of wage subsidy applications have been received, and many tens of thousands paid already. In Australia, it’s expected two million people could become unemployed. In the United States 3.3million Americans applied for the unemployment benefit in one week. The United Nations warns that globally, 25 million jobs could be lost.

What also of those in Iran, Palestine, Yemen, Syria and refugee camps around the world?

Those of us warning that tourism, hyper-globalisation, and late-stage capitalism was unsustainable, have been proven correct. As the doomsday preppers suspected, we have been ‘living a fragile fiction’. So, what next?

Bifurcations in the prevailing order such as this profound disruption, are lines in the sand – defining moments in time. Crises characteristically obliterate the redundant ways of the past, and there’s no going back. Already people speculate on the BC-Before-Covid-19 and PC -Post-Covid-19 eras. Grant Robertson says, ‘the entire structure of New Zealand could need rethinking’. Because of our distant place in the world, and our steady, firm leadership, science based pandemic response and compliant populace, we should (mostly) survive this crisis without it turning into an apocalypse, but it is a chance for the Government to be revolutionary.

With high public support, trust and confidence – high levels of political capital (we’re all socialists now), there’s a stronger mandate than ever to make radical change. It’s not just about bailing out companies or letting sectors continue to pollute waterways, appeasing the interests of capital. It’s not just about winter home heating payments or the welfare state. It’s not just about a UBI. It’s not about rent freezes or a New Green Deal. It’s about fundamental reform of the ownership and stewardship of production, as a condition of bail-outs, an end to monopolies and duopolies, an end to ghost houses held by speculators for their capital gains, an end to inequality of wages and powers between the CEOs and the real essential workers. It’s about an end to our mass incarceration and abuse of animals which has given rise to this pandemic in the first place – not just in unregulated wet markets in Asia, but in factory farms here at home. It’s all these things, and more. All things have to change, because everything has changed.

So while the Government is reassuringly adept at managing the crisis as it’s currently unfolding, it’s time also, to consider more deeply, the restructured shape of the future, for good. The mandate has never been stronger.